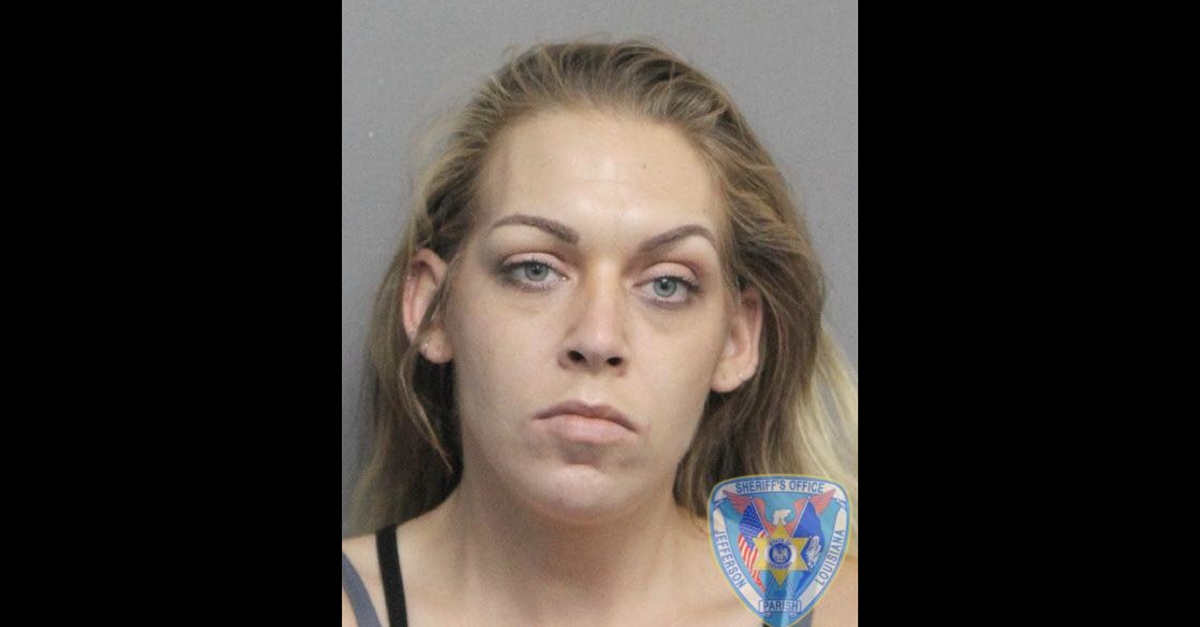 A Louisiana mother has been arrested on suspicion of second-degree murder after she allegedly ingested fentanyl, breastfed her baby, and ultimately caused to the child’s death. And this isn’t even the first time she’s been implicated in a drug death.

Lana Cristina, 28, was booked into the Jefferson Parish Sheriff’s Office on Wednesday, online records show. According to deputies, the mom-turned-defendant called 911 after finding that her 4-day-old baby was not breathing in a hotel in the 1100 block of Manhattan Boulevard in Harvey, La. The child, who was not identified, was pronounced dead at a hospital that morning, authorities said.

Cristina was arrested this week in the infant’s June 10 death because investigators said toxicology reports provided the clues they needed to piece together their case.

“An autopsy, including toxicology, was conducted after the victim’s death,” the sheriff’s department said.  “Toxicology reports were recently returned that led to the determination that the victim’s cause of death was acute fentanyl toxicity.”

It is unclear if the defendant has an attorney in this matter. She remains held in jail in lieu of a $401,000 bail.

In 2014, Cristina reportedly pleaded guilty to negligent homicide for giving friend Amber Hollis, 23, heroin that Hollis ultimately used in an overdose. That’s according to The New Orleans Advocate. Police said she split two $40 bags of heroin with Hollis, who she later found on a hallway floor.

As in the latest case, Cristina was initially arrested on suspicion of second-degree murder. Prosecutors, however, settled on a lesser charge when formally filing the case. Cristina was sentenced to five years in prison on the negligent homicide count.