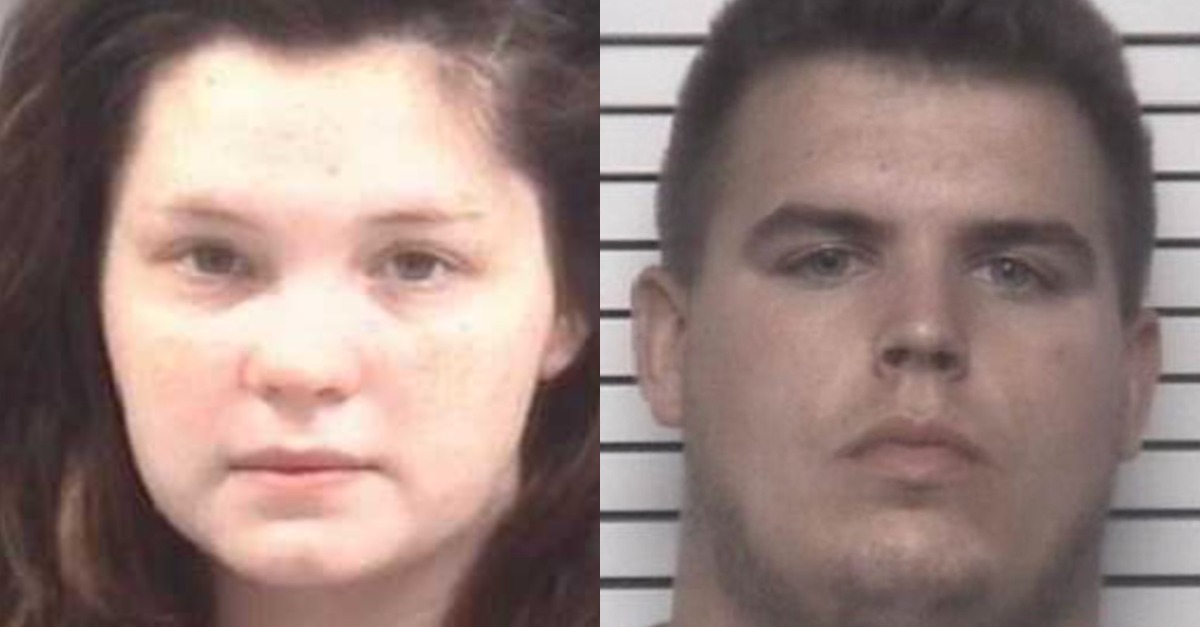 Olivia Billington, 21, and Alex Holden Best, 19 are presumed to be the mother and father of the unnamed child, respectively. They both stand accused of one count each of felony concealment of death.

According to the High Point Police Department, Billington gave birth to a baby boy on Sept. 4 in her room at High Point University.

Authorities allege that neither defendant notified anyone about the boy’s birth and did not seek any medical treatment for the child.

Two days later, after the boy had already died, Best “transported the deceased infant to his residence in (Iredell County) where he buried it on his property,” according to a HPPD press release.

“An autopsy was conducted on the deceased infant and the cause of death was determined to be inconclusive,” authorities noted.

Investigators say there were initially tipped off to the possibility of a body being buried at Best’s home on the day in question. Special Victims Unit detectives were then alerted that the incident related to the burial of an infant in Iredell County on Sept. 7. The body was ultimately found buried in a shallow grave in Best’s backyard.

Both the mother and the father have reportedly been cooperative with police, according to local NBC affiliate WXII.

The boy’s body was found in a box with blankets, HPPD Lieutenant Travis Reams told the outlet this week.

“That’s just such a travesty, you know, it’s just heartbreaking, it truly is, for the child and the folk involved in it,” said Iredell County resident Charles Gillespie, in a man-on-the-street interview about the case.

“If they’d only had time to think, then I think if they had called in the police and had them check it out, it might turn out a different way for the person that was involved,” an unnamed woman told the outlet.

Best was also a student at High Point University.

“Our thoughts and prayers are with those affected,” a spokesperson said in a press release. “While the High Point Police Department oversees the investigation, the university continues to provide health, safety and support services on campus to all students.”

If convicted as charged, the couple likely face a sentence of four to 25 months in a Tarheel State prison–though Best is presently being charged in both Guilford and Iredell Counties.

Best was arrested in mid-September and eventually released on $10,000 bond. Billington was arrested late last week after turning herself in to police. Her bail was set at $50,000.