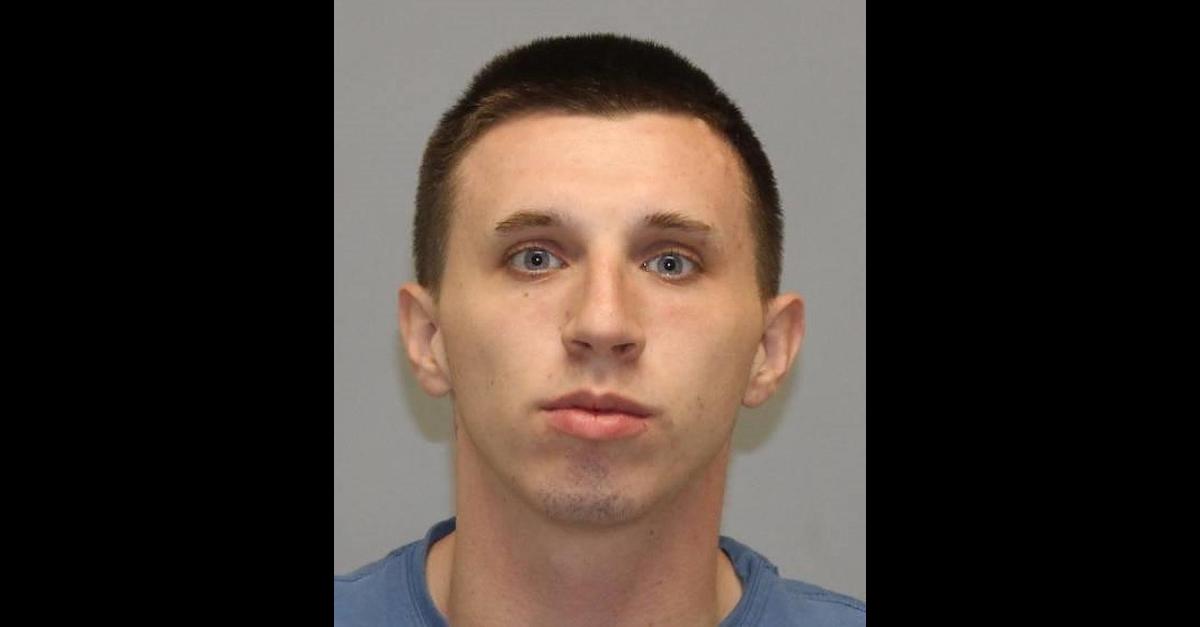 An Upstate New York man will spend a minimum of 20 years and potentially the rest of his life in prison for killing his pregnant wife in Sept. 2020, NBC affiliate WKTV reported on Thursday.

The local prosecutor told the Syracuse, N.Y. Post-Standard that the defendant didn’t go to prison without spinning a series of “lies.”

George McDonald, Jr., then 24, admitted this past summer that he stabbed Lizzie Garrow, 19, to death with a kitchen knife.

Garrow was last seen alive at a Dunkin’ Donuts in Canastota, N.Y., in the central part of the state on Sept. 23, 2020. Her body turned up four days later about a half of a mile away. She had been dumped near an overpass which carries Main Street in Canastota over the New York State Thruway. Authorities found the alleged murder weapon about fifteen feet away from Garrow’s body. Syracuse NBC affiliate WSTM-TV said Garrow had been stabbed 19 times. 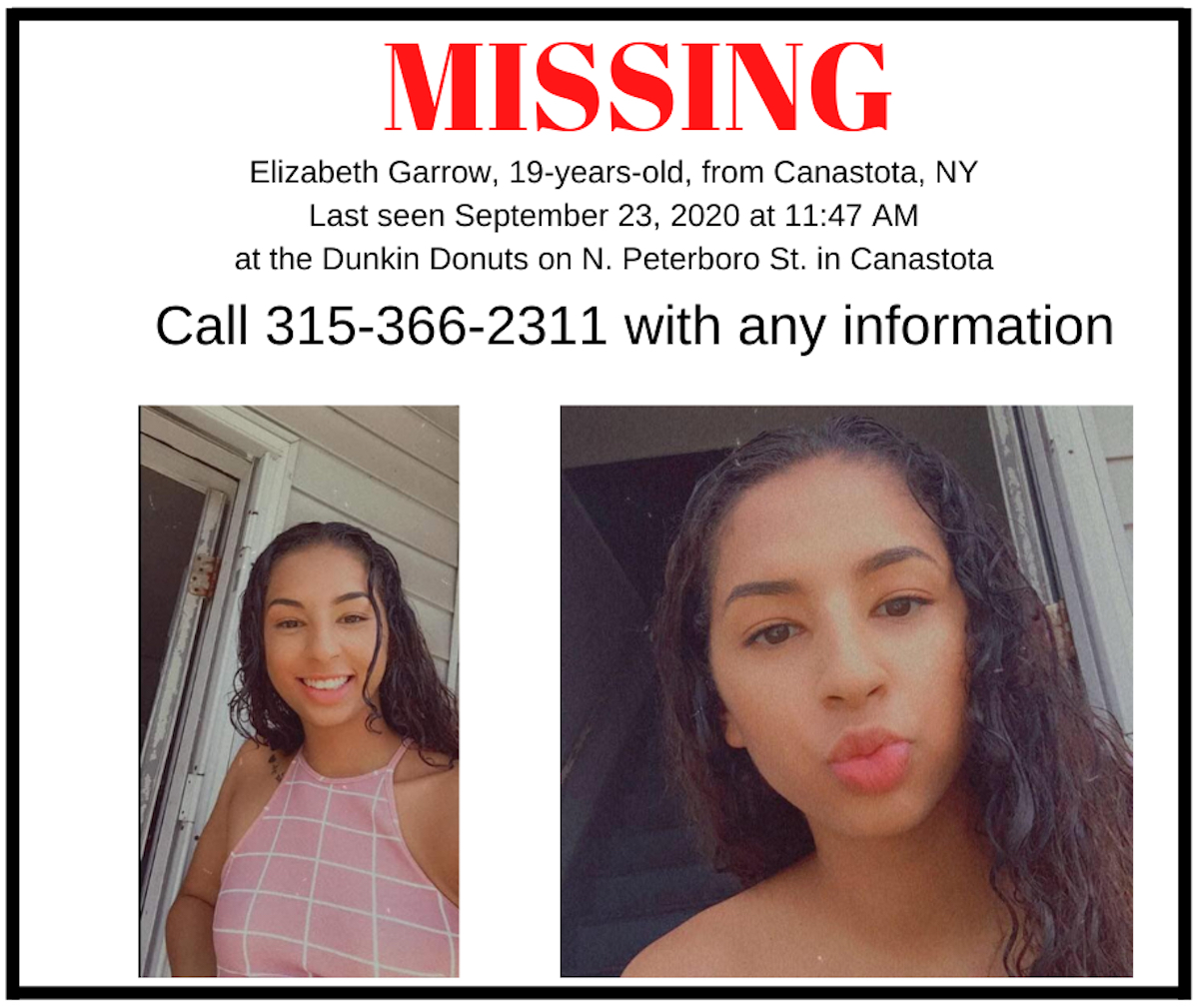 On Sept. 7, just days before her death, Garrow reported McDonald to the police after a violent domestic encounter. The authorities arrested McDonald but released him from custody. As Law&Crime noted in August, the local prosecutor blamed McDonald’s release on New York’s widely studied and widely criticized recent bail reform measures.

Garrow discovered she was pregnant while being treated in the hospital for the early September attack by McDonald.

Garrow secured an order of protection against McDonald before she died, the Post-Standard reported.

“I have no sympathy for the defendant,” the newspaper quoted Madison County District Attorney Robert Mascari as saying with regards to the sentence. “He proved to be an animal and an abuser.” 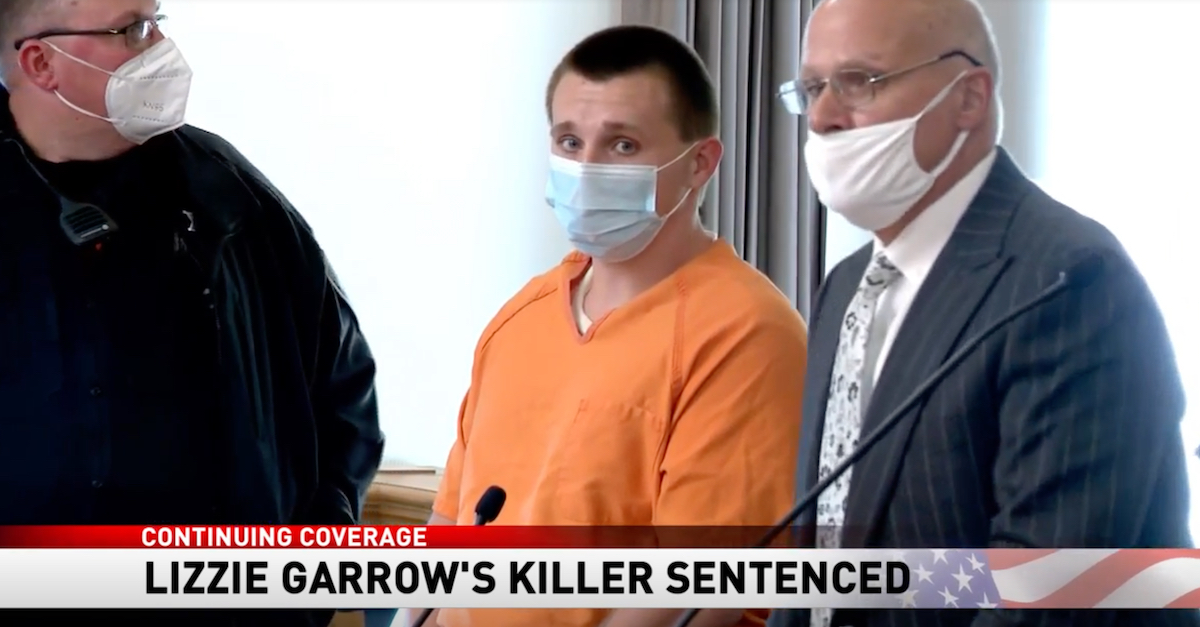 George McDonald, Jr. spoke during a sentencing hearing in Madison County, N.Y., near Syracuse. (Image via screengrab from WSTM-TV.)

McDonald told the judge that “what he knew he did was wrong,” the Post-Standard said. The defendant, however, then tried to blame the victim. He accused the police of planting evidence and bizarrely claimed that Garrow attacked him first by pulling a knife on him.

Mascari said Garrow’s body “had numerous defensive wounds,” the newspaper continued. McDonald “had none.” That’s why Mascari characterized McDonald’s claims as nothing but lies.

McDonald’s father reportedly apologized to Garrow’s family in court and admitted his son’s culpability — but he then said he would stand by the defendant out of a sense of paternal affection. McDonald’s sister and mother attempted to defend the admitted killer by disparaging the victim. The newspaper characterized those comments as “offensive” while citing Mascari’s re-telling of the events.

However, in Aug. 2021, the defendant changed his plea to guilty to second-degree murder. That change led to Thursday’s sentencing.

McDonald waived his right to an appeal as part of the guilty plea.

“Make no mistake,” the judge told the defendant while ordering him off to many years of incarceration. “It wasn’t the system that failed you. It wasn’t Lizzie, it wasn’t your parents. You failed yourself. You failed your family.”