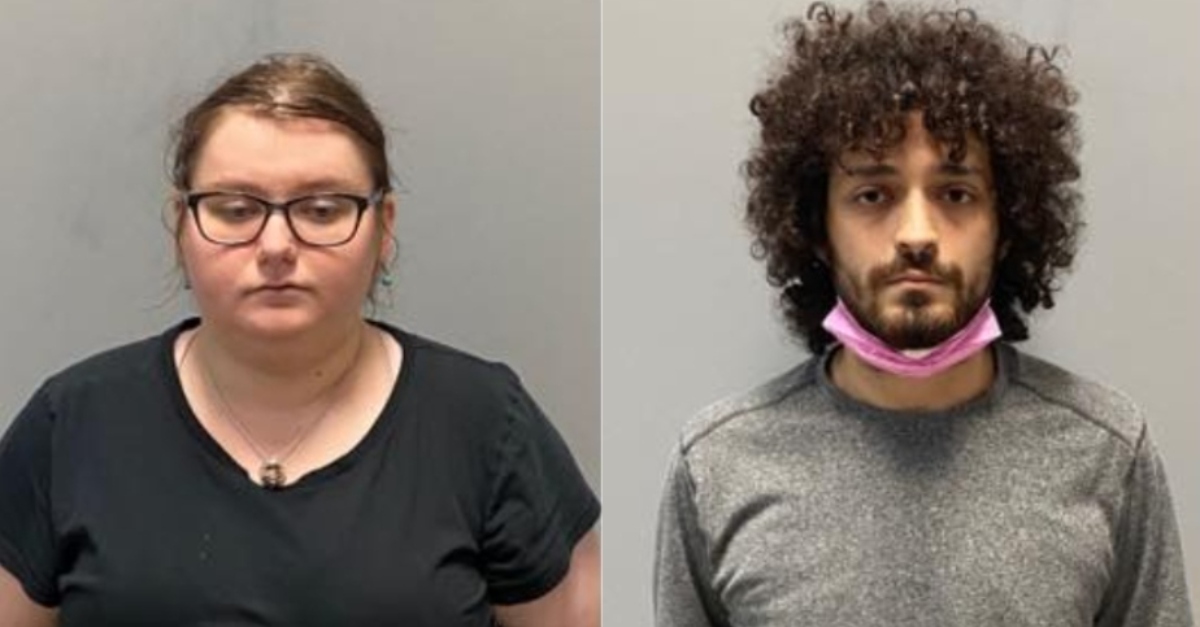 A girlfriend and boyfriend in Virginia were arrested early this week over the death of the woman’s 88-year-old grandmother. New details shine a grisly light on the octogenarian’s brutal murder.

Lindsey Mae Johnson, 24, and her boyfriend Nicasio Antonio Guzman, 22, stand accused of murdering Elizabeth Morris Adkins last weekend, according to the Danville Police Department. They were both arrested on Monday and are being held without bond.

The elderly woman’s body was discovered inside her own home on Sunday morning. According to warrants obtained by local Fox affiliate WFXR, Adkins was on the floor when authorities arrived.

The elderly woman had a plastic bag tied around her head and was also bound by her hands and feet – with the knots connected to one another in the traditional hog-tying position.

Police additionally said there was blood coming from Adkins’s head.

According to local NBC affiliate WSLS, Johnson and Guzman themselves phoned police on the day in question around 10:45 a.m. The two defendants allegedly told investigators that they had last seen Adkins on Monday, Oct. 4. But the pair quickly became suspects.

Surveillance footage cited in criminal complaints obtained by the news outlet shows a vehicle similar to the defendants’ own car pull up to the Adkins home just after midnight on the day she died. In the footage, someone repeatedly knocks on the door and eventually a voice can be heard saying: “It’s Lindsey and Nico. It’s me, your granddaughter.”

Police claim the vehicle was there for over four hours before it left and that no one else could be seen on the video entering or leaving the house before the 911 call was made later that morning.

Police say the surveillance footage was sourced from residents who lived near the deceased.

“With community assistance from people in the neighborhood, both witnesses and videos and just cooperating with our investigation, we were able to put together evidence to charge them with this homicide,” DPD Captain Steve Richardson said in a press release.

Authorities, however, are keeping mum on a possible motive.

“The police department cannot speak on the motive for this homicide, as the investigation is ongoing, but investigators do not believe this to be a random act nor are any further suspects being sought,” the DPD said on Monday evening.

The gruesome killing has shocked the neighborhood.

“I pulled up the street and they had it all blocked off and everything,” neighbor Gladys Edward told WFXR. “I’m looking out, watching everybody. It’s like I can’t trust anybody just about.”

Chapel Hill Police are coordinating with investigators in Virginia and additional charges are still possible, according to the Culpepper Star-Exponent. Adkins’s body was transported to the Roanoke Medical Examiner’s Office for an autopsy to determine her formal cause of death.

Johnson and Guzman have both been charged with murder in the second degree and are currently being detained in the Danville City Jail. The accused are both from Chapel Hill, North Carolina.

Johnson’s name has yet to appear in court records. Guzman is currently slated for a court appearance on Dec. 6.