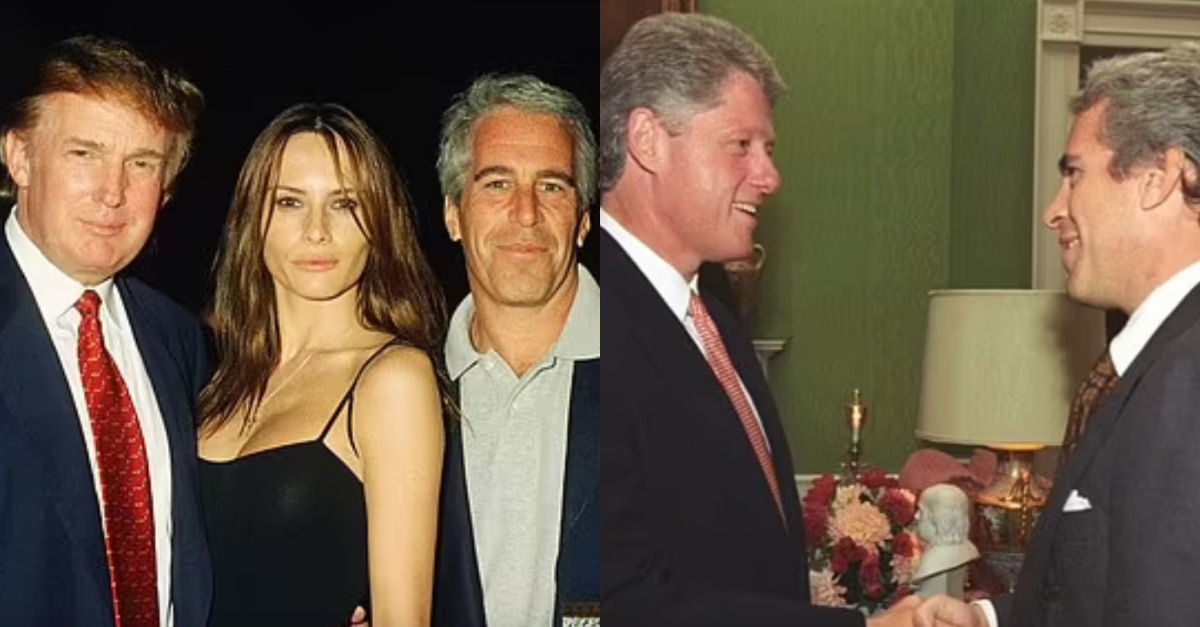 Dead pedophile Jeffrey Epstein was ready to dish the alleged secrets of former U.S. presidents Bill Clinton and Donald Trump, according to a new book.

According to Michael Wolff‘s Too Famous: The Rich, the Powerful, the Wishful, the Damned, the Notorious – Twenty Years of Columns, Essays and Reporting, the wealthy sex criminal believed he was specifically targeted by federal prosecutors under the sway of the 45th president because of what he supposedly knew about Clinton.

“The White House, through the Justice Department, was looking to press a longtime Republican obsession, and Trump ace-in-the-hole, and get Epstein to flip and reveal the sex secrets of Bill Clinton,” Wolff writes in the career retrospective, as originally reported by The Daily Mail. “Trump, if he was obsessed with Clinton, which he was, was also obsessed with what Epstein knew about Clinton.”

However, according to the book, Epstein also speculated that he might have been brought up by federal prosecutors intent on trying to “pressure him to flip on Trump.”

Wolff wrote that he visited Epstein’s palatial estate in New York City in the months leading up to his arrest and alleged suicide.

During that visit, Trump’s former chief political strategist Steve Bannon reportedly called and said he feared the now-dead financier during the 2016 presidential campaign.

“You were the only person I was afraid of during the campaign,” Bannon reportedly told Epstein.

“As well you should have been,” Epstein reportedly replied.

Steve Scully, Epstein’s onetime information technology contractor, claims he saw Clinton hanging around the porch area of the Little Saint James villa — where Epstein is widely believed to have serially sexually abused women and young girls — but did not suggest Clinton engaged in wrongdoing in the Netflix documentary Filthy Rich.

Clinton spokesperson Angel Ureña told Law&Crime in an email at the time the show was released that the claim Clinton was on the island was nothing more than an often-repeated lie.  Clinton has admitted flying on Epstein’s plane but said in 2019 that he hadn’t spoken to the now-dead pedophile in more than a decade.

Trump and Epstein have been photographed with one another on numerous occasions. The pair both bid on the same mansion — with Epstein ultimately losing out to Trump on the deal. The dead pedophile reportedly told Wolff that he thought the bidding war resulted in Trump having “cultivated” local police to look into his exploits.

“I’ve known Jeff for fifteen years. Terrific guy,” Trump told New York Magazine in an often-quoted 2002 interview. “He’s a lot of fun to be with. It is even said that he likes beautiful women as much as I do, and many of them are on the younger side. No doubt about it — Jeffrey enjoys his social life.”

Later, Trump referred to Epstein’s island as a “cesspool.”  He said in 2019 that he had not spoken to Epstein in fifteen years due to a falling out.

Wolff also wrote that Epstein told him that Trump was a “moron,” the website Business Insider and the Daily Mail both noted during their reviews of Wolff’s material.  According to Wolff, Epstein believed that Attorney General Bill Barr was, indeed, fully in charge at the DOJ.

In reviewing some of the Wolff material quoted by the Daily Mail, Business Insider cited Wolff’s critics as having complained that Wolff’s writing style made it difficult at times to unravel the sources of his factual assertions.