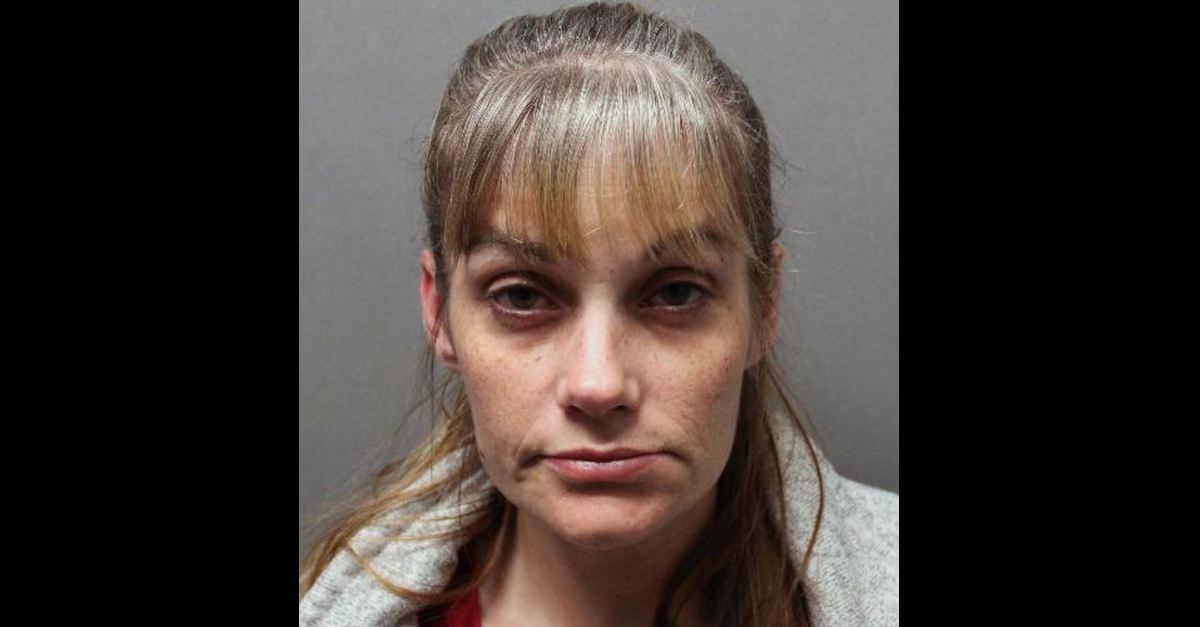 An Upstate New York woman is charged with concealing a human corpse after authorities say she failed to report the death of a roommate and left the victim’s corpse in a bedroom “for some time.” Stephanie E. Hillburn, 43, of Johnstown, N.Y., was arrested Aug. 11 by the Montgomery County Sheriff’s Department after a warrant had been sworn out for her arrest in neighboring Fulton County, where Johnstown is located.

The warrant stemmed from an “anonymous” Feb. 14 call to the Johnstown Police Department “requesting officers check the welfare” of Patricia Barter, 62.  Officers then went to the the Byard Street home Barter and Hillburn shared with Deborah Elgin, a third roommate. According to a police press release, “[w]hen Officers asked to speak with Barter, the two became nervous and directed Officers to Barter’s bedroom.”

They were nervous because her body was “laying on her bed,” the police said.

“Barter appeared to have been deceased for some time,” the press release continued. “Members of the Detective Division were contacted as well as the Fulton County Coroner’s Office.”

A “lengthy investigation” revealed that Barter died “from a suspected overdose[] during the week of February 6, 2021,” the press release continued.  “After her death, Hillburn was aided by Eglin in moving Barter’s corpse to her (Barter’s) bedroom. The two moved the body in an attempt to conceal Barter’s corpse from being discovered by guests of the home. Over the next week, several parties and gatherings were hosted by Hillburn and Eglin, at the home, while Barter’s corpse remained in the bedroom.”

Hillburn and Elgin are suspected of refusing to call the authorities because they did not want to be subjected to a police investigation involving the overdose and “other illegal activity,” the press release added.  “After the incident, Hillburn attempted to avoid police, until she was located by MCSO [the Montgomery County Sheriff’s Office].”

Albany, N.Y. ABC affiliate WTEN-TV reported that Hillburn got caught just after midnight on Aug. 11 during a traffic stop in nearby Amsterdam.  Hillburn was reportedly charged with criminal possession of a hypodermic instrument in connection with the stop.  From there, she was handed over to the Johnstown Police Department in neighboring Fulton County due to the warrant in connection with the roommate’s death.

WTEN also reported that Hillburn and Elgin are suspected of using Barter’s social security debit card after the date of her death — but police chief David Gilbo said his officers “could not corroborate” that suspicion “with any physical evidence” at present.

Elgin is already in custody. The Johnstown Police Department said she would be arraigned after the New York State Dept. of Corrections and Community Supervision was able to process the warrant which demanded her appearance before a judge.

Under New York law, concealing a corpse is a Class E felony punishable by up to four years in prison and a $5,000 fine.  The relevant statute reads:

A person is guilty of concealment of a human corpse when, having a reasonable expectation that a human corpse or a part thereof will be produced for or used as physical evidence in: (a) an official proceeding; (b) an autopsy as part of a criminal investigation; or (c) an examination by law enforcement personnel as part of a criminal investigation; such person, alone or in concert with another, conceals, alters or destroys such corpse or part thereof with the intent to prevent its production, use or discovery.

The offense was only recently made a felony in New York State.  In 2015, New York Gov. Andrew Cuomo signed “Amanda Lynn’s Law” increasing the penalty for the crime.  It was originally a misdemeanor aimed only at “cemeteries, funeral directors, and medical professionals,” the governor’s office said in a September 23, 2015 press release.

The change to the law was named after Amanda Lynn Wienckowski, a Buffalo-area woman whose “naked and frozen body was discovered stuffed in a trash bin more than five weeks after she was last seen alive” back in 2009, the New York Daily News reported.

Cuomo said at the time that the allegations surrounding Wienckowski’s death involved “vile and reprehensible acts” that would thereafter “be treated under the law with the seriousness they deserve.”