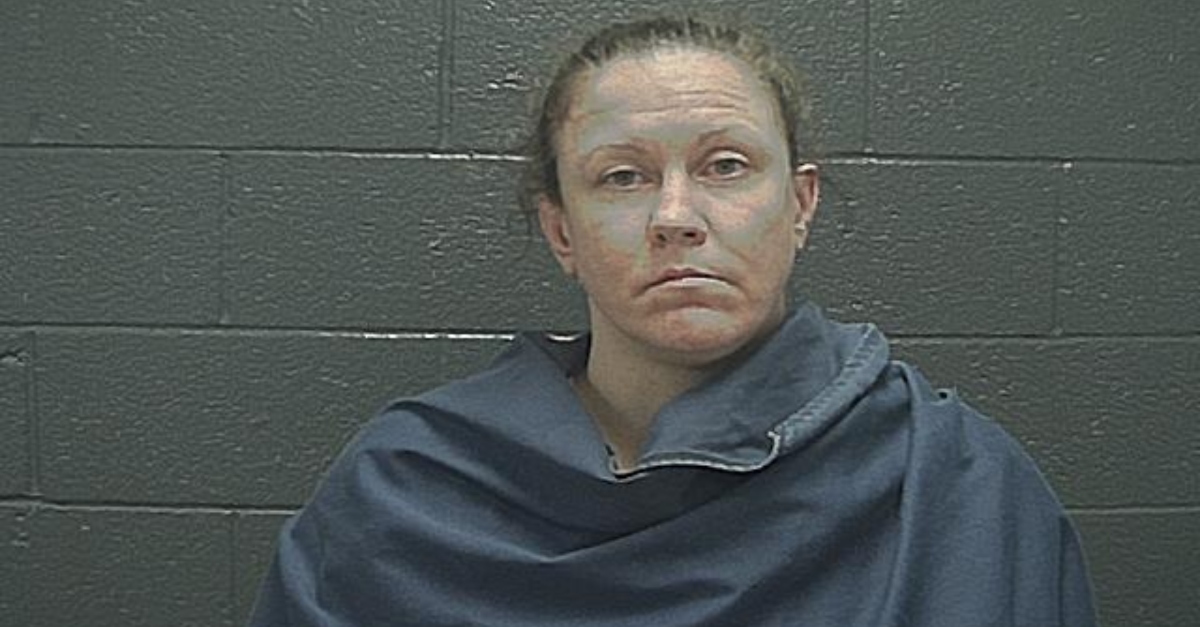 More than a year after police found a 11-year-old boy dead in a car, the child’s mother was booked into jail as one of the alleged killers.

Stormy Loraine Johnson, 38, is at the Wichita County Jail in Texas for a count each of murder and tampering with physical evidence, online records show. This is yet another development in a horrifying story of abuse. Her boyfriend, alleged racist Corey Allen Trumbull, 33, was indicted last year for allegedly murdering the young victim identified as Logan Cline.

Corey Trumbull and Stormy Johnson were booked into Clark County Detention Center on a fugitive warrant from Wichita Falls, Texas, on March 2. https://t.co/g0X6MP7XBT

Trumbull physically abused Johnson, too, according to allegations she reportedly made in Las Vegas, but the mother allegedly joined in helping victimize her children. Cops in Nevada investigated a domestic violence case against the boyfriend, when Johnson said that Cline died at a Red Food Inn in Wichita Falls, Texas, according to authorities in a Times Record News report. The mother said they put his body in an abandoned car near the hotel, investigators claimed. Officers found the vehicle and the remains on Feb. 27, 2020. In this account, the couple left Texas for Nevada instead of reporting the boy’s death.

Johnson and Trumbull allegedly met online, starting a relationship in which they drifted around, often living in hotels. Cline’s 15-year-old sister said both adults subjected them to physical and sexual abuse, authorities claim. Both adults allegedly beat the 11-year-old the night he died.

“They just kept hurting him,” the girl said.

In this account, the adults had been treating the victims like that for quite some time, causing serious physical damage. Two weeks before, Trumbull allegedly stomped on Cline’s head.

From the Record News:

Trumbull and Johnson are also charged in Nevada on charges including sexual assault against a child under 16, and possession of visual pornography of a person under 16. According to Las Vegas police, the boyfriend wanted a so-called “poly” relationship with an underaged girl, and he maintained that white people were the supreme race and should multiply. Trumbull also faces a separate case for charges including kidnapping and domestic battery.