New York City Man Indicted for Allegedly Killing His Police Officer Wife by Fatally Stabbing Her in the ‘Chest, Leg, Back, and Torso’ 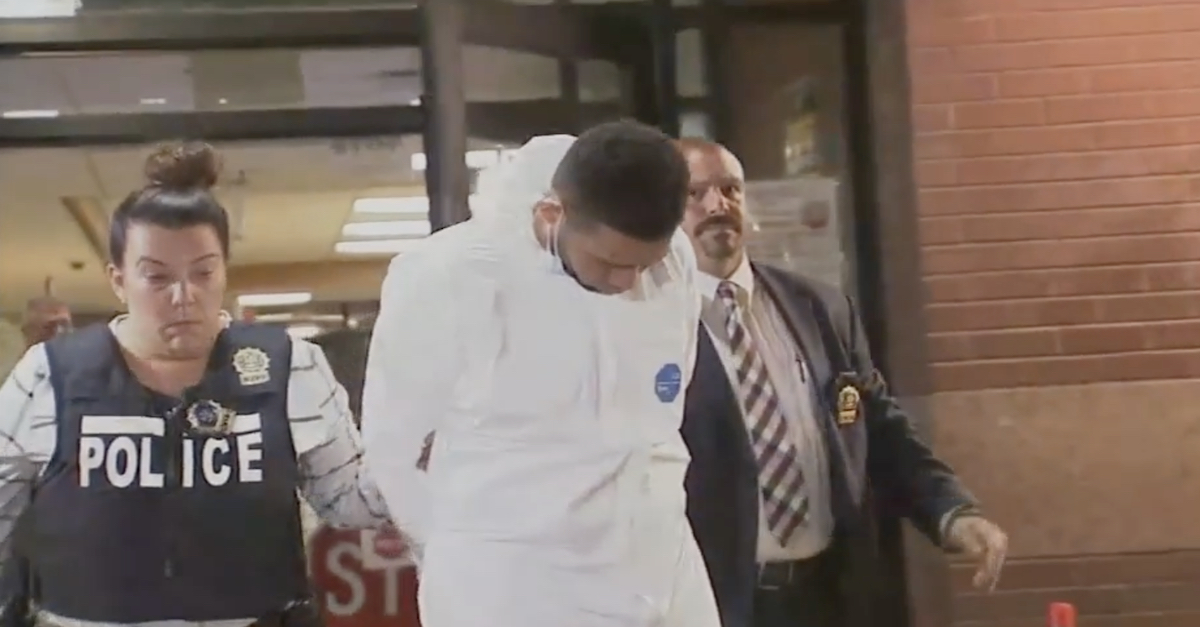 A 33-year-old man in New York has been indicted for allegedly killing his estranged wife, a New York City police officer, by stabbing her to death inside her home.

Authorities announced that Argenis de Jesus Baez was formally indicted Tuesday on one count each of second-degree murder, first-degree manslaughter, and fourth-degree criminal possession of a weapon in the death of 31-year-old Arianna Reyes.

According to a press release from the office of Bronx District Attorney Darcel D. Clark, Baez appeared in court Tuesday before Bronx Supreme Court Justice Ralph Fabrizio where he was arraigned on the aforementioned charges.

“The defendant allegedly went to the home of his estranged wife, who served in the NYPD Transit Bureau, confronted her, then stabbed her multiple times, causing her death,” DA Clark said in a statement Wednesday. “She leaves behind a young child. I send my condolences to her family and extended NYPD family who lost a dedicated public servant to domestic violence.”

Investigators say that at approximately 2:06 a.m. on June 13, 2022, Baez went to Reyes’ apartment in the Grand Concourse Village section of the Bronx where the off-duty NYPD Transit Bureau officer lived with their young child. Baez allegedly confronted Reyes and the two got into a physical altercation.

“Baez allegedly struggled with Reyes and made his way into her home,” the district attorney’s office wrote in the release. “The defendant allegedly stabbed Reyes eight times in the chest, leg, back, and torso with a knife. Baez fled the scene, and the victim was pronounced dead at the scene. The defendant turned himself into authorities and was arrested later that day.”

According to a report from New York City ABC affiliate WABC, the struggle between the estranged couple was captured by a nearby surveillance camera. The video reportedly showed Baez force his way into Reyes’ front door only to emerge approximately one minute later “holding a knife and leaving a bloody footprint.”

Baez and Reyes’ 3-year-old son was with a relative and not in the apartment at the time of the attack, per the DA.

According to a report from the New York CW affiliate WPIX, Baez allegedly fled the scene after stabbing Reyes. Left bleeding inside of her own apartment, the officer then managed to get hold of her cell phone and call her cousin. The cousin then called 911.

Police and Emergency Medical Services personnel responded to the call at Reyes’ apartment a short while later. Unfortunately, Reyes was too far gone by the time first responders arrived and at approximately 3 a.m. she was pronounced dead at the scene.

Reyes had been with the NYPD since 2019.

If convicted, Baez faces 25 years to life in prison. He is scheduled to appear in court again on Oct. 12.

“Today was just reentering our plea of not guilty to the more formal charges voted by the grand jury,” he reportedly told the outlet. “We continue to review the evidence in this case including video and we are waiting for DNA evidence and we will continue to defend the case.”