Naked, Knife-Wielding Man Charged with Attempted Rape After Breaking into Woman’s Tennessee Apartment and Threatening to Kill Her Child: Police 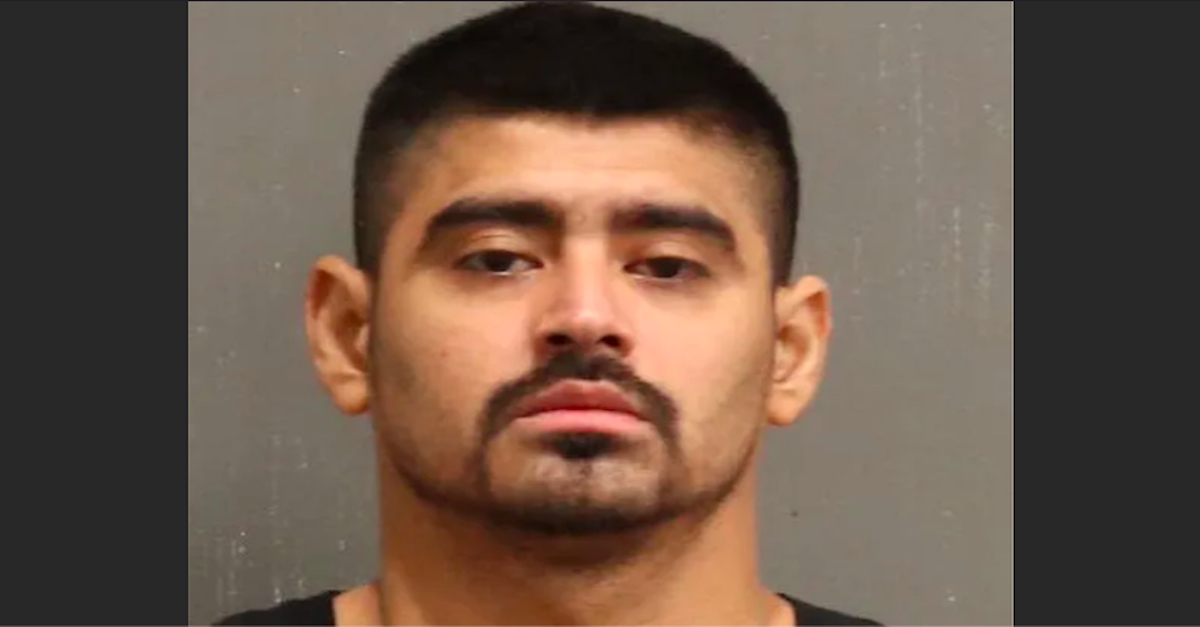 Police say that when a woman in Tennessee walked into to her apartment in South Nashville over the weekend and prepared for a shower she discovered a horrible surprise: a naked man was lying in wait upon her return. The man, who was charged with attempted rape and burglary, allegedly threatened to kill the woman’s child if she did not do exactly what he told her.

According to a report from WKRN-TV, the woman, whose name has not been released to the public, told investigators with the Nashville Metro Police Department that she had just returned home from work on Saturday evening and was about to take a shower when she thought she heard a noise coming from the kitchen.

When the woman went to investigate the noise, she allegedly found a man standing completely naked and holding a knife in the kitchen. The man, who police later identified in an arrest warrant as 28-year-old Oscar Jaimes Aguilar, allegedly told the woman that if she disobeyed his commands or made any attempt to report him to the police that he would murder her child.

The victim reportedly made a quick dash for her bedroom, however, and was apparently able to lock Aguilar out long enough for her to grab her cell phone and text a friend about what was happening. Her friend called the police and officers arrived soon after.

WKRN reported that when officers first arrived at the victim’s home, they found Aguilar inside of the woman’s bedroom. According to the report, the weapon, a silver kitchen knife with a black handle, was recovered near the doorway to the room. Officers immediately took Aguilar into custody.

A report from WSMV said Aguilar spoke to investigators with the Metro Police Department after his arrest and allegedly explained to them that he was able to break into the woman’s apartment through her balcony door. He allegedly admitted that he was waiting in the kitchen for the victim to come home, adding that he grabbed a knife “for protection in case the woman tried to retaliate” against him.

Davidson County Sheriff’s Office records show that Aguilar was booked at 3:15 a.m. on Sunday morning. The suspect faces one count each of attempted aggravated rape with a weapon and aggravated burglary, both of which are felonies. He is currently being held in the Davidson County Jail on $75,000 bond—$50,000 for the rape charge and $25,000 for the robbery charge.

The Nashville Metro Police Department did not immediately respond to emails from Law&Crime seeking additional details about the incident.

It is not clear at this time whether Aguilar has retained an attorney or when he will make his first appearance before a judge.