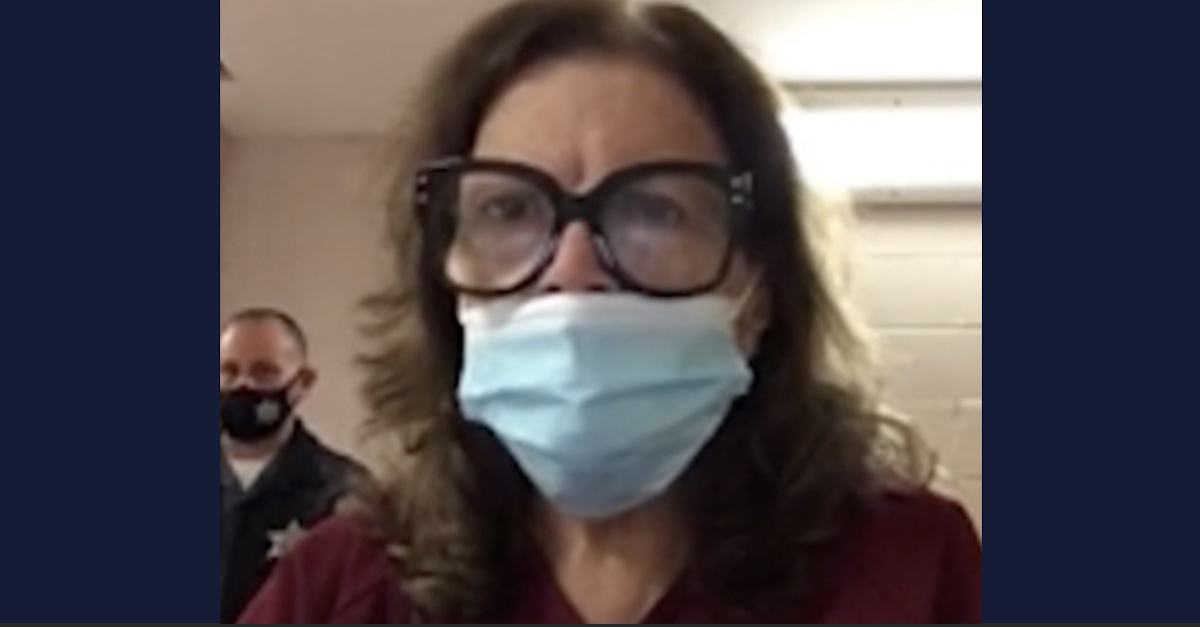 A New Jersey woman charged with killing her disabled husband by shooting him in the head has officially been indicted for murder.

Michele Linzalone, 73, was charged in December in the death of her husband Rocky Linzalone, 74. According to authorities, Linzalone said that she “accidentally” shot her husband in the head on Dec. 13 as he slept.

The indictment also alleges that Linzalone possessed the firearm for an unlawful purpose.

At the time of her arrest, Linzalone said she was playing with her gun and didn’t know it was loaded, the Asbury Park Press reported.

By “playing,” Linzalone reportedly meant that she was aiming the gun at her husband while he was in bed sleeping. She told police that she believed the gun was unloaded when she pulled the trigger, the Asbury Park Press reported.

Linzalone allegedly told police that she kept the loaded gun in the drawer next to her bed for protection.

As Law&Crime previously reported, Linzalone had allegedly done several internet searches that appeared to be related to how Rocky had ultimately died.

Linzalone allegedly conducted one of those searches—”If you shoot someone in the head, will they die instantly?”—on her phone just 22 minutes before she called 911 to report the shooting.

She also visited a website with the title “Do you die instantly from a gunshot to the head? Do you feel any pain at all?” NJ.com reported, citing police documents.

Linzalone allegedly told police that she waited 20 to 30 minutes after shooting her husband to call 911 “because she was in shock and she wanted to get dressed and brush her teeth,” the NJ.com story said.

Rocky Linzalone had suffered several strokes in the past two years that left him disabled, requiring Michele to be his primary caregiver, according to the affidavit. Investigators spoke with family members who said that it “appeared to take a toll on (Michele) and she became resentful for this towards the victim,” the affidavit reportedly states.

“The unfortunate death of her husband of decades was an accident, not an intentional crime,” Bertucio said, adding that the Linzalones are multimillionaires and that Michele hadn’t transferred any of the money in their accounts after Rocky’s death.

“There is no evidence whatsoever that she was trying to profit substantially from the very sizable marital fortune, and she looks forward to her day in court to exonerate herself,” Bertucio said, according to the story.

Monmouth County Sheriff’s records show that Linzalone is currently being held without bail in the Monmouth County Jail on charges of murder and possession of a weapon for an unlawful purpose.