Maggie Fruit Charged With Attempted Murder of Toddler in Daycare

N.J. Daycare Worker Charged with Attempted Murder of 1-Year-Old After Allegedly Being Caught on Video 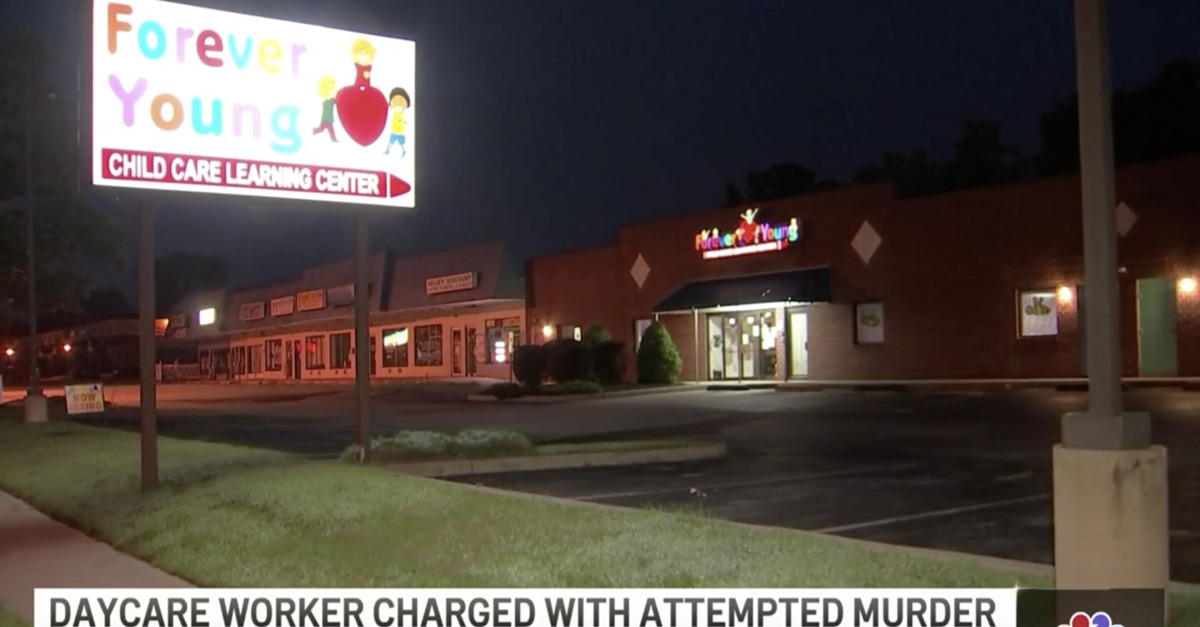 A daycare employee at a child-care center in Camden County, New Jersey has been charged with the attempted murder of a 1-year-old child after the horrific abuse was allegedly caught on video.

Maggie Fruit, 21, stands accused of one count of attempted murder in the first degree and one count of endangering the welfare of a child the third degree–in an entirely separate incident. According to the Office of the Camden County Prosecutor and the Lindenwold Police Department, both incidents occurred last Thursday at a day care center that law enforcement declined to identify by name.

Authorities say they responded to a 911 call at 1:41 p.m. about a child who was being abused. Upon arrival, officers were shown surveillance footage that allegedly showed Fruit abusing the 1-year-old in question. Police also claim that eyewitnesses attested to the abusive conduct that is now being charged as attempted murder.

The 1-year-old was taken to a nearby hospital for an examination and later released, according to a statement from county officials.

Investigators went on to probe additional surveillance footage of the defendant and allegedly discovered that Fruit had been “physically abusive” to another 1-year-old roughly 30 minutes before the incident. The first child, however, did not require medical attention.

Details about what, exactly, Fruit did to either child are not immediately clear. Law&Crime reached out to the Office of the Camden County Prosecutor and the Lindenwold Police Department but no response was forthcoming at the time of publication.

According to NJ.com, the facility where Fruit worked for two months prior to the alleged attack is the Forever Young Child Care Learning Center. Co-owner Stacy Krooks told the outlet that the defendant was “fired immediately” and noted that this was the first time Fruit had ever been accused of acting inappropriately with a child.

“We have been in business for 26 years and Maggie had no prior history of child abuse as we do CARI checks and Fingerprints on every staff member,” Stacy and Michael Krooks said in an email sent to WKXW and added that their business has “an impeccable reputation.”

According to Patch.com, no formal complaints have been filed against the daycare center and the business does not have a prior history of violations over its 25 years-plus operating history.

Parents who have their children at the center are currently in a wait-and-see mode, according to Philadelphia-based Fox affiliate WTXF.

“I was really shocked to find out that something like that happened here because it’s a great school,” parent Jana Ottley told the outlet. “I’m not just going to abruptly drop the school because of that incident but I’m going to see how it goes and I am definitely going to pay more attention.”

“It’s very frustrating that we find out different ways instead of being officially spoken to as to this is what happened, we can’t tell you now but further on we’ll give you more information,” Jennifer Colon said, complaining that parents were notified via email over the weekend instead of being contacted immediately.

Fruit is currently being detained in the Camden County Jail. She is awaiting a pretrial detention hearing where bail will be set or denied.

If convicted of attempted first-degree murder, the defendant faces the prospect of spending the rest of her life behind bars. If convicted of endangering the welfare of a child, she faces a maximum sentence of five years in prison and/or a fine of up to $15,000.