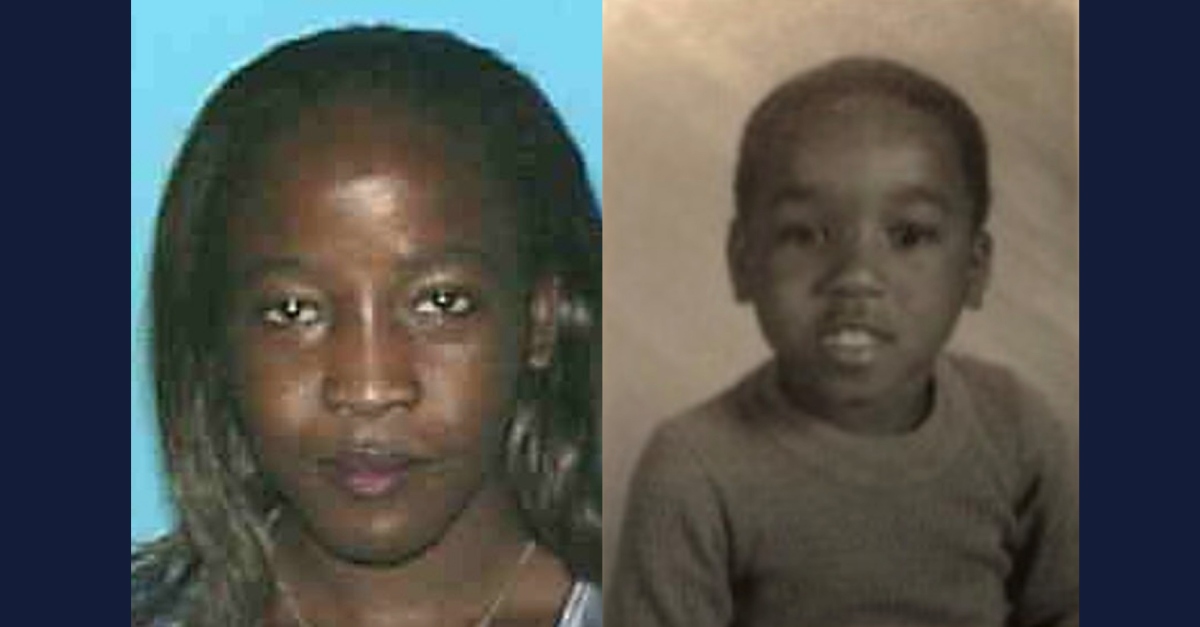 More than 23 years ago, authorities found a young boy dead and abandoned near a church graveyard. Now authorities say they have discovered his identity and charged his mother in his death.

For so many years, authorities simply knew the child under the nickname Dennis. They now give his real name as William DaShawn Hamilton, 6.

Black, then known under the last name Bailey, lived with her son in Charlotte, North Carolina until she suddenly withdrew him from school in December 1998 and moved with him to Atlanta, Georgia, authorities said. She returned to Charlotte in late 1999 but gave different stories about his whereabouts, authorities said.

Young William — then unidentified — was found dead on Feb. 26, 1999 in a wooded area at the corner of Clifton Springs Road and Clifton Spring Church Road in DeKalb County.

“The child, whose body was significantly decomposed, was determined to be an African American male between the ages of 5 and 7 and was estimated to have been deceased for three to six months prior to his discovery,” the D.A.’s office wrote.

He was wearing a blue and white plaid shirt, red denim jeans, and brown Timberland boots. Authorities could not figure out his manner and cause of death, however. That changed in May 2020, when a tipster who knew both Black and Hamilton stepped forward after recognizing a rendering of the unidentified child’s face.

“Despite continued efforts by the DeKalb County Police Department (DKPD) and Medical Examiner’s Office, as well as media coverage of the case, the young boy remained unidentified for decades,” authorities said. “The National Center for Missing & Exploited Children (NCMEC) became involved in the case in 2000, providing renderings of the boy, featuring the story on their website and social media channels, and following a few leads. In 2019, a NCMEC Forensic Artist completed a new facial reconstruction rendering that received media coverage and drew public interest back to the case. In May of 2020, a tipster who knew defendant Black and her son in 1998 saw a rendering of the unidentified child and contacted NCMEC. DKPD and the DA’s Office picked the case back up and followed the lead.”

Authorities collected DNA from Black earlier this year, and this linked her to the remains of the child, they said. Black was arrested in Phoenix, Arizona, on June 29, and she is awaiting extradition, authorities said. A grand jury had indicted her on June 28. Black caused Hamilton’s death through  “a substance or substances containing Diphenhydramine and Acetaminophen,” the indictment said, according to WXIA. During a hearing on Wednesday, she reportedly agreed to be extradited to DeKalb County.

“This case is a perfect example of why we never give up hope,” said Angeline Hartmann, Director of Communications at the National Center for Missing & Exploited Children. “For more than two decades, a woman in Charlotte who knew William and his mother followed her gut feeling that something wasn’t right and kept looking for him. We’re grateful she never stopped until she found a rendering of William online and gave investigators the missing piece to help solve this 23-year-old mystery.”

Nonetheless, this investigation continues. From prosecutors:

According to the investigation, Teresa Ann Bailey briefly worked at the establishment known as “Pleasers” and may have been obtaining assistance from the Atlanta Day Shelter for Women and Children for a short time. Anyone who may have known or interacted with Defendant Black (then Teresa Ann Bailey) and/or William during their time here in the metro area in 1998 and 1999 is encouraged to call the office’s Cold Case Tip Line at 404-371-2444. Callers may remain anonymous.

Update – July 14, 11:58 a.m.: We added more information from the indictment, and the hearing on Wednesday.