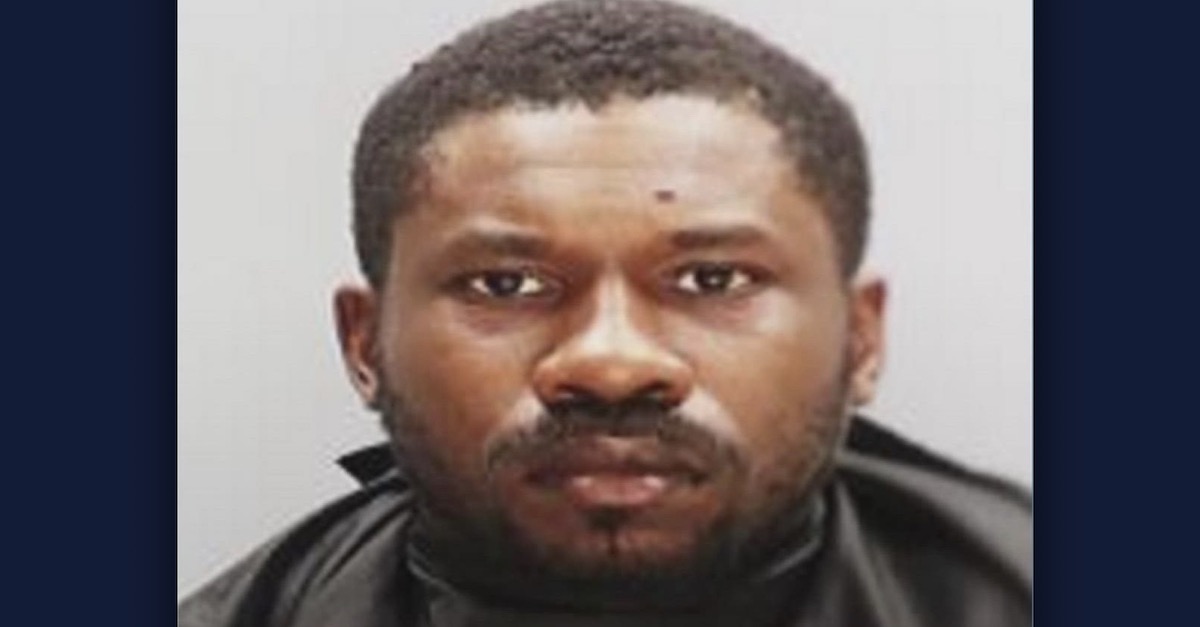 Authorities in South Carolina say that they’ve caught a serial rapist who was using “various apps” to help him lure victims into vulnerable scenarios where he could attack them. Antonius Donshe Randolph, 29, was taken into custody last weekend and charged with multiple felonies, including first-degree criminal sexual conduct, kidnapping, first-degree assault and battery, and possession of a weapon during a violent crime, records reviewed by Law&Crime show.

According to Richland County Sheriff Leon Lott, investigators believe Randolph had been committing crimes in the community for more than a year and is responsible for at least five attacks on women, but emphasized that there are likely more victims.

“We’ve taken a monster off of our streets. My prayer is that he is not going to see daylight again, and I don’t think he will,” Lott said during a Monday afternoon press conference. “We are going to continue to put charges on him for everything we can. There’s one place he needs to stay for the rest of his life and that is in prison. He does not need to be on the streets again.”

The sheriff said that the first attack is believed to have taken place in November 2021 when a woman called and said a man had attacked her. The second attack is believed to have occurred in August of 2022 when Randolph allegedly sexually assaulted a woman he met on a dating app at gunpoint. From there, the frequency of the attacks picked up exponentially, with two victims saying they were sexually assaulted by a man they met through a dating app in December 2021 and January 2022.

Initially, investigators did not realize that the attacks were connected until several months after the initial assault. But after working with the same nurses that treated the victims and a victim advocacy group called Pathways to Healing, Sheriff Lott said investigators “started putting the case together and realized that we did have a serial rapist that was preying on women.”

“[Randolph] was using various apps to get them to come to a location,” the sheriff said. “He’d sometimes wear a mask to conceal his identity. Sometimes he had a gun, sometimes he had a knife, and we started putting these cases together forensically and doing other things to try to catch him.”

Based on their investigation, the sheriff said that detectives realized Randolph was “probably about to do another one,” and moved to make an arrest.

At the time of his arrest, Randolph was allegedly in possession of a mask, a knife, and a sex toy, which Sheriff Lott said “fit the information we had gotten from the previous sexual assaults.”

“That’s the scary part is he was not going to stop until we stopped him,” Sheriff Lott said.

The sheriff encouraged any person who may have been assaulted by Randolph to notify detectives, whether they want to see him prosecuted or to simply get help in dealing with the aftermath of such an experience.

That sentiment was echoed by the Executive Director of Pathways to Healing Rebecca Lorick.

“After a sexual assault, it’s such a traumatic experience, and having to report that to somebody you don’t even know, can be even more traumatizing,” she said during the press conference. “We’re a part of that process just to make it a little smoother. We literally hold [the victims’] hands during that process.

Randolph is currently being held on $250,000 bond and is scheduled to appear in court later on Tuesday.

Watch the sheriff’s press conference below.