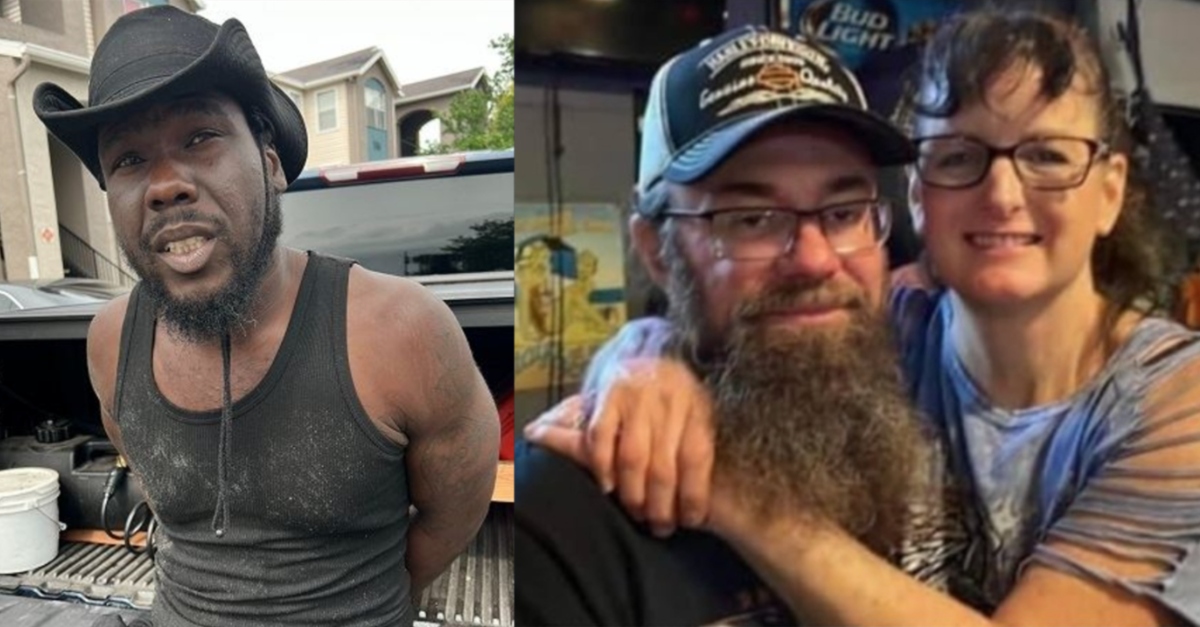 Jean Robert Macean during his arrest. Terry and Brenda Aultman.

A man has been arrested for the stabbing murders of a Daytona Beach couple, who were heading back home on their bikes. Police identified the person who killed Terry Aultman, 48, and Brenda Aultman, 55, last weekend as Jean Robert Macean Jr., 32.

Macean arrived in the city by bus on Saturday and left Sunday by an unknown method, Daytona Beach Police Chief Jakari Young said in a press conference. Law enforcement arrested the 32-year-old outside of his Orlando residence, he said.

Bystanders found the Aultmans fatally stabbed to death just before 2 a.m. on Sunday, officers previously said. Young declined to go into the specifics of the evidence uncovered, citing the ongoing investigation, but he vaguely cited surveillance footage as “painting a picture” that Macean was the suspect.

“This was one of the most brutal murders I’ve ever seen in my 20-plus years as a police officer in Daytona Beach,” Young said in a statement. “We want to thank the entire Daytona Beach community and the communities around us for providing our detectives with over 100 tips. We appreciate that level of cooperation in such a serious matter.” 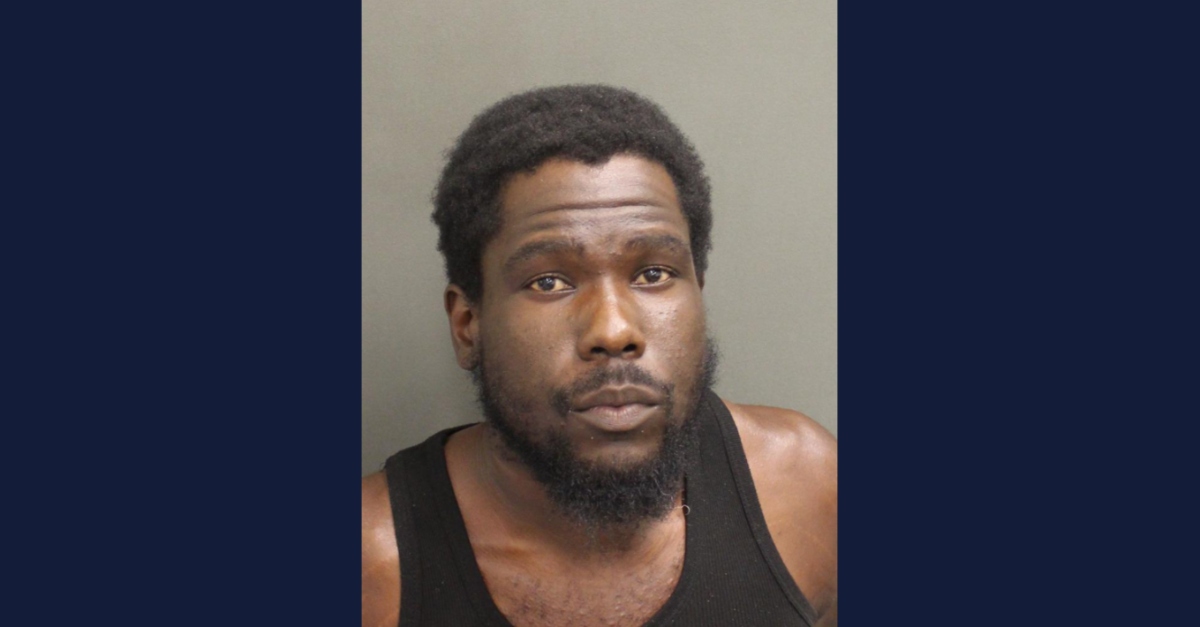 Young said on Twitter that Macean confessed to murdering the Aultmans.

Update: Last night while speaking with investigators Jean Macean confessed to the murders of Terry and Brenda Aultman. Again, I want to thank my amazing team of investigators @DaytonaBchPD and all of our law enforcement partners who assisted us throughout this investigation. https://t.co/7fVvdbfIZI

The murders left the Aultmans’ loved ones mourning. Sarah Turner, who is Brenda’s daughter and Terry’s stepdaughter, delivered a tearful statement at the press conference announcing Macean’s arrest.

“This isn’t real,” she said. “It doesn’t feel real, and I don’t think it will ever feel real. I lost my best friend. My mother was the most amazing, caring, giving, loving, selfless person in the world. And to top it off, she was as funny as could be, and so was her husband. They were both wonderful, and happy, and loving, and they didn’t deserve what happened to them. And I just to thank every single one of you for all of the work you put in to help get this person off the–I’m sorry, he’s not a person–a monster, get this monster off of the streets so that nobody else would get hurt or have to deal with the pain and the destruction that this has caused so many people’s lives that knew them.”

[Booking photo of Macean via Orange County Jail. Other image of him via Young. Picture of the Aultmans via Daytona Beach Police Department]