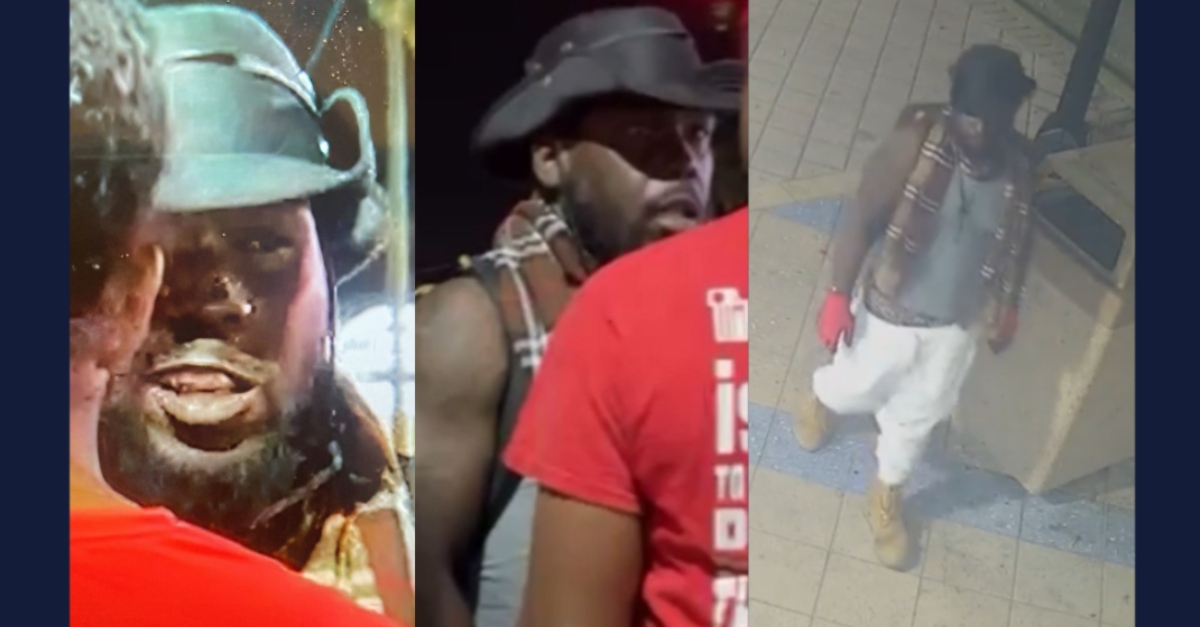 Unknown person of interest in murders of Terry and Brenda Aultman.

Officers released pictures and video showing the unknown man. Authorities did not explain why they consider him a person of interest. They are not releasing that information right now because of the ongoing case, Daytona Beach police spokesperson Messod Bendayan told Law&Crime in an email.

The couple was found with multiple stab wounds and lacerations at the southeast corner of North Wild Olive Avenue and Riverview Boulevard, officers said.

He made this call at 1:57 a.m., police said. The man and a woman at the scene said they found the man (Terry) lying face down and the woman (Brenda) lying on her back in a grassy area next to the sidewalk. The couple’s two bikes were nearby. Police suggest the Aultmans were trying to ride home after participating in Bike Week festivities.

“This is probably one of the most vicious and gruesome incidents that I’ve witnessed in my 20 years,” Daytona Beach Police Chief Jakari Young said, according to WESH. “We can’t rule out that this may be totally random, but if it is totally random, the person responsible has to be deranged.”

As of now, police have not suggested a possible motive, and it remains a mystery why anyone would want to kill the Aultmans.

Brenda’s daughter described her and stepfather Terry as beautiful and fun loving. Her mother was her best friend, she told the outlet.

The Aultmans were found dead just one mile from their home. Neighbors spoke warmly of them.

Jesse Dylan called them “probably two of the best neighbors you could want,” and pointed out that Terry trimmed his trees.

He said the couple purchased their home six months before.

“They walked to the beach everyday,” he said. “It was like their dream house.”