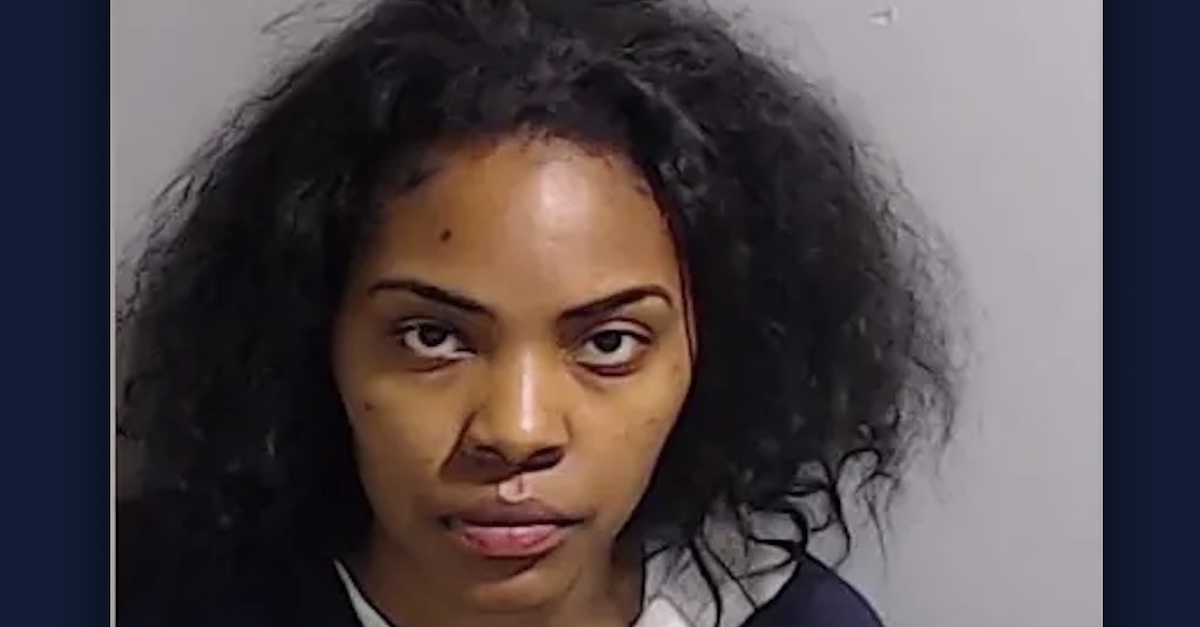 The mother of 4-year-old twin girls in Georgia is behind bars this week after she allegedly killed one of her daughters before setting fire to their apartment as a way to cover up the slaying.

Nicole Ashley Jackson, whose surviving daughter was injured the the blaze, was taken into custody on Thursday and charged with one count each of malice murder and felony murder, as well as two counts each of of first-degree cruelty to children and criminal attempt to commit murder, police announced.

Authorities with the East Point Police and Fire Departments on Monday said that Jackson confessed to killing her daughter and subsequently setting fire to her apartment in an effort to prevent authorities from learning what happened.

According to East Point Fire Chief Corey Thornton, firefighters on the evening of Wednesday, Nov. 23 responded to 911 calls about a “catastrophic fire” at the Brookfield Apartments located in the 3000 block of Washington Road. Upon arriving at the scene, first responders said they saw “heavy smoke and fire” coming out the rear of the building. The blaze was so large that the department sought assistance from two neighboring fire departments.

Due to what firefighters were hearing in the field, responders “switched to search and rescue mode” once the blaze was under control, Thornton said.

“During the search and rescue phase, we discovered a 4-year-old child deceased in the fire,” Thornton said. “She was found in a bedroom of the upstairs apartment unit.”

After discovering the deceased child, authorities were informed that at least one more victim may also still be in the burning apartment, but no other bodies were found inside of the structure, even after the fire was completely subdued.

Authorities were advised that there was another 4-year-old child who lived in the apartment and a BOLO (“be on the lookout”) was issued for Jackson and her daughter. The child was quickly located, but authorities were unable to locate Jackson until the following day.

Chief Thornton said that evidence from the scene led investigators to believe that the fire was set intentionally.

“Our suspicion was heightened that foul play was involved due to the acceleration of the fire. We know the suspect used some type of unknown accelerant, which explains why the fire spread so quickly,” he said.

“East Point police detectives interviewed the mother. She disclosed to us that one of her children was already deceased and she started the fire to conceal the crime,” Buchanan said. “This is an open investigation into a tragic situation, but we’re going to work with the district attorney’s office to make sure that the mother, Nicole Jackson, never gets out of jail.”

Buchanan also noted that in addition to the aforementioned criminal counts, the district attorney’s office is also charging Jackson with arson.

Lauren McAuley, the deputy district attorney in the Crimes Against Children Unit at the Fulton County District Attorney’s Office, told reporters that there will be additional charges forthcoming, and noted that there was still “an incredible amount of work that needs to be done” in regards to the investigation.

The victim’s cause of death was not revealed during the press conference.

Authorities said Jackson’s surviving daughter is currently in the care of her grandmother recovering from burn injuries sustained in the fire.

Jackson is currently being held in the Fulton County Jail. She reportedly waived her first appearance in court and no bond had been set as of Monday morning, according to Atlanta NBC affiliate WXIA-TV.