Mom Murdered Her 6-Year-Old Son, Then Called 911 and Blamed It on Someone Else: Police 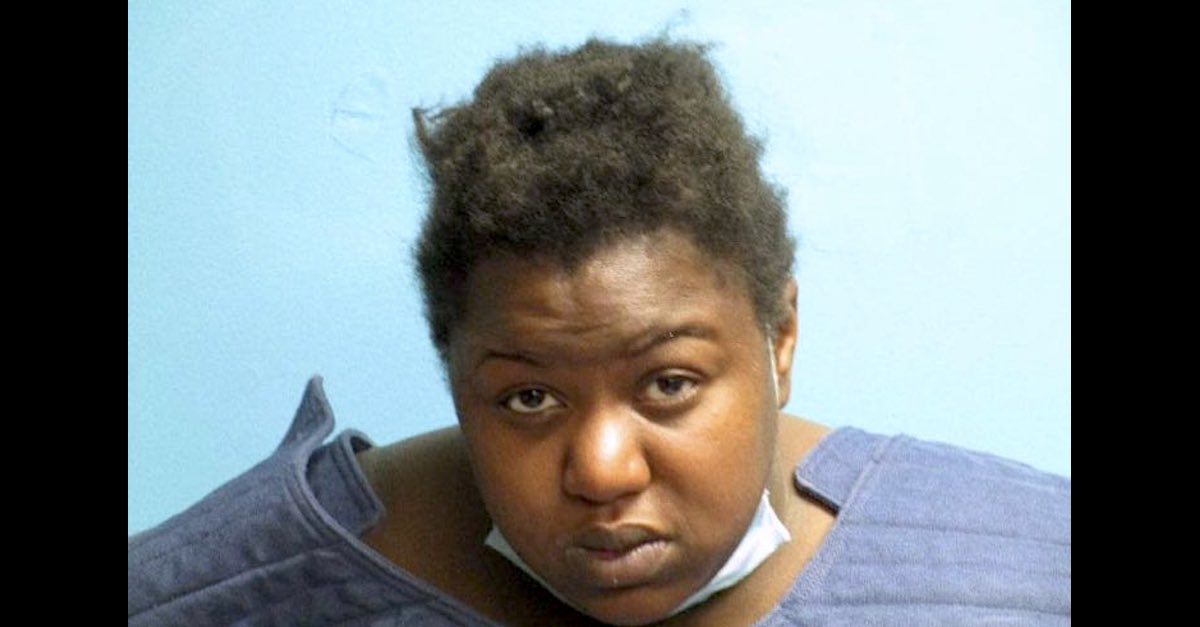 Authorities in Brooklyn, Ohio, have charged a mother with first-degree murder in the death of her own six-year-old son.  The Brooklyn Police Department says Daneicha Bringht, 30, of Parma, was staying in a Fairfield Inn and Suites hotel when they received a complaint that gunshots had been fired on Saturday, April 24, at 7:03 in the morning. Bright’s son, Kaamir Bringht, was shot and eventually died; Daneicha was shot and wounded.

It turned out that the call for help came from the defendant herself.

“[A] female reported that someone shot her and her son in her room and left approximately 30 minutes prior to her call,” the police department said in a Facebook post. The call came “[f]rom the hotel’s front desk,” not the room where the defendant was staying.

“Officers arrived to find a child with gunshot wounds in the room,” the police continued. “Patrol officers performed CPR until the Brooklyn Fire Department arrived. Both the child and the female were transported to Metro Health E.R. The six year old male was pronounced dead at the hospital. The 30 year old female complainant, the victim’s mother . . . was treated and released from the ER.”

DANEICHA BRINGHT:  “Yes, I need the Police. Somebody shot my son.”

“I don’t know. I was asleep, and I just woke up and he was shot. I tried to take the gun from him, and he shot me in my hand.”

“You don’t know anything? They broke into your room?”

“I’m not sure. I was with a friend last night, but he was with his friends. We went swimming, and I thought they had left.”

WOIO reported that 6-year-old Kaamir had been shot in the head and in the stomach.  While reading the charges aloud, a Parma Municipal Court judge said the boy’s mother “apparently later admitted” to the police that she was the shooter.

Records on file with that court say Daneicha Bringht is charged with aggravated murder under Ohio Revised Code 2903.01.  No precise subsection of that charge is currently on the docket.

A cash bond of $500,000 was set by a municipal judge.  The defendant was also found to be indigent for the purposes of appointed counsel.

Later, a judge with the Cuyahoga County Court of Common Pleas increased the defendant’s bail to $5 million in cash, surety, or property.  The case was slated to be presented to a grand jury for indictment.  No charging documents are on file in an online court docket.

Family members told the Cleveland Plain Dealer that the defendant had been diagnosed with schizophrenia and that the family was in the process of obtaining legal custody of Kaamir when he died.  Police records reviewed by the newspaper and explained by family indicate an increasing number of police contacts with the defendant over matters such as an unpaid bill at a restaurant and intoxication.

Donald Bringht, the defendant’s father and the victim’s grandfather, said Kaamir was an energetic little boy who looked forward to learning how to ride a bicycle like bigger kids.  He said he often took Kaamir to play on a local playground and that Kaamir liked to watch his favorite cartoons.

Donald Bringht also said the family reported multiple incidents of physical abuse against Kaamir by the defendant to the Cuyahoga County Department of Children and Family Services.  He told the newspaper the Department “didn’t do anything” to help.  The department told the paper there were no reports of physical abuse — but admitted Tuesday (after completely ignoring questions on Monday) that there were open cases about the child.

Bringht’s case may be a poor legal candidate for an insanity defense.

Under Ohio law, “[a] person is ‘not guilty by reason of insanity'” if “the person did not know, as a result of a severe mental disease or defect, the wrongfulness of the person’s acts.” The burden of proof is on the defendant to prove insanity. Ohio’s insanity defense follows the so-called M’Naghten Rule, and in Bringht’s case, the 911 call suggests she tried to misdirect the police to another unknown assailant. A jury could find that the attempt to mislead the police is proof Bringht attempted to evade punishment because she knew “the wrongfulness of” her alleged acts.