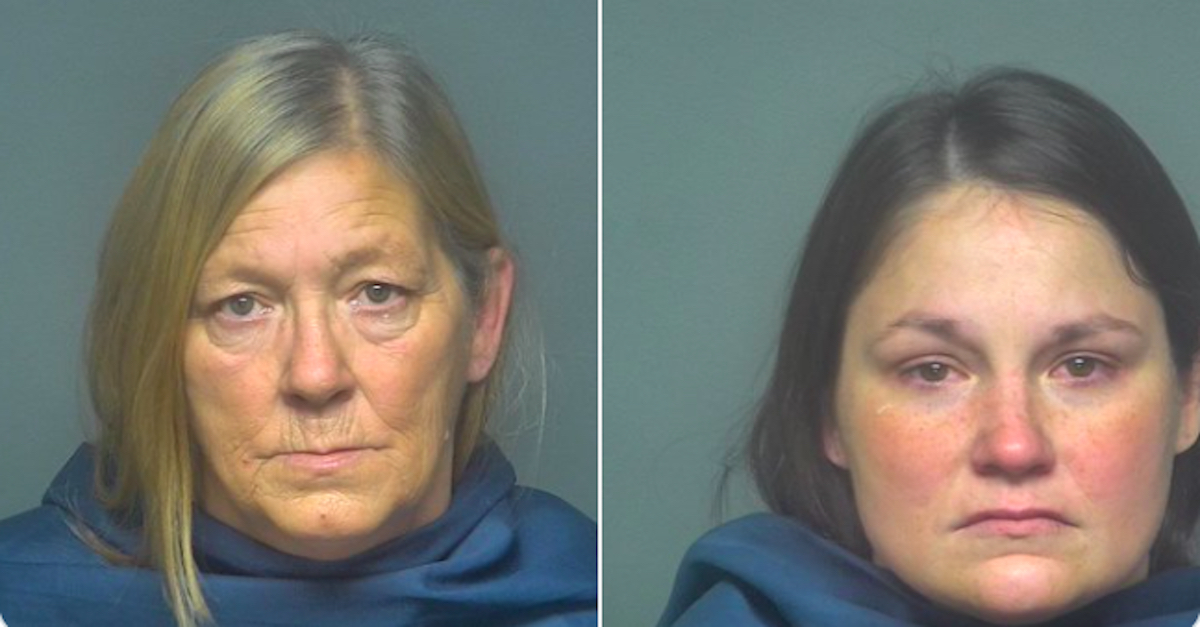 A mother and grandmother in South Carolina were arrested and charged in the death of an infant after police say the 11-month-old baby girl died from a fentanyl overdose late last month.

The baby’s mother, 33-year-old Joyce R. Stover, and grandmother, 55-year-old Sharon E. Jordan were both taken into custody and are facing separate charges in connection with the child’s death.

Deputies with the Chester County Sheriff’s Office and Emergency Medical Services personnel on Oct. 30 responded to a call about an unresponsive child at a residence in the 1100 block of Elizabeth Drive, the sheriff’s office said in a press release. Upon arrival, first-responders found the child, who was not breathing, in her crib and attempted life-saving measures. Medical personnel on site continued attempts to resuscitate the baby, but the child died in the EMS truck while en route to a local hospital. Officials with the Chester County Coroner’s Office formally declared the baby dead a short while later.

A toxicology report confirmed that the baby girl’s cause of death was a fentanyl overdose, authorities say.

According to the sheriff’s office, investigators on the scene soon discovered that Jordan, the baby’s grandmother, was the child’s legal caretaker and Stover, the baby’s mother, was at Jordan’s home visiting her child.

“Stover, per [South Carolina Department of Social Services] regulation, was allowed to visit her child but was not allowed to be alone with the infant,” the sheriff’s office said. “Jordan, the grandmother and legal guardian of the infant, temporarily left the home, leaving Stover and her infant unsupervised.”

According to an incident report obtained by Charlotte CBS affiliate WBTV, Jordan told investigators that she left Stover and the child in her home unsupervised for approximately 30 minutes. When she returned to the house, she reportedly said she found Stover “nodding out” or “asleep” while standing over the kitchen sink. She reportedly told police that the baby was playing alone on the kitchen floor at that time.

“What are you doing? The baby needs to sleep,” Jordan reportedly said to Stover when she walked in the kitchen. Jordan then picked the baby up off of the floor and played with her “for a moment,” before placing her in the crib for a nap. Per the incident report, Jordan said nothing appeared to be wrong with the little girl when Jordan put her down for the nap.

Investigators said they found “bottles of NARCAN in the crib” where the infant slept.

Narcan is a naloxone-based prescription nasal spray that blocks opioid receptors and can quickly reverse the effects of an opioid overdose, per the National Institute on Drug Abuse.

Sharon Jordan was later arrested and charged with unlawful neglect of a child. Joyce Stover is facing one count of murder by child abuse. Both women are currently being held in the Chester County Detention Center awaiting a bond hearing.