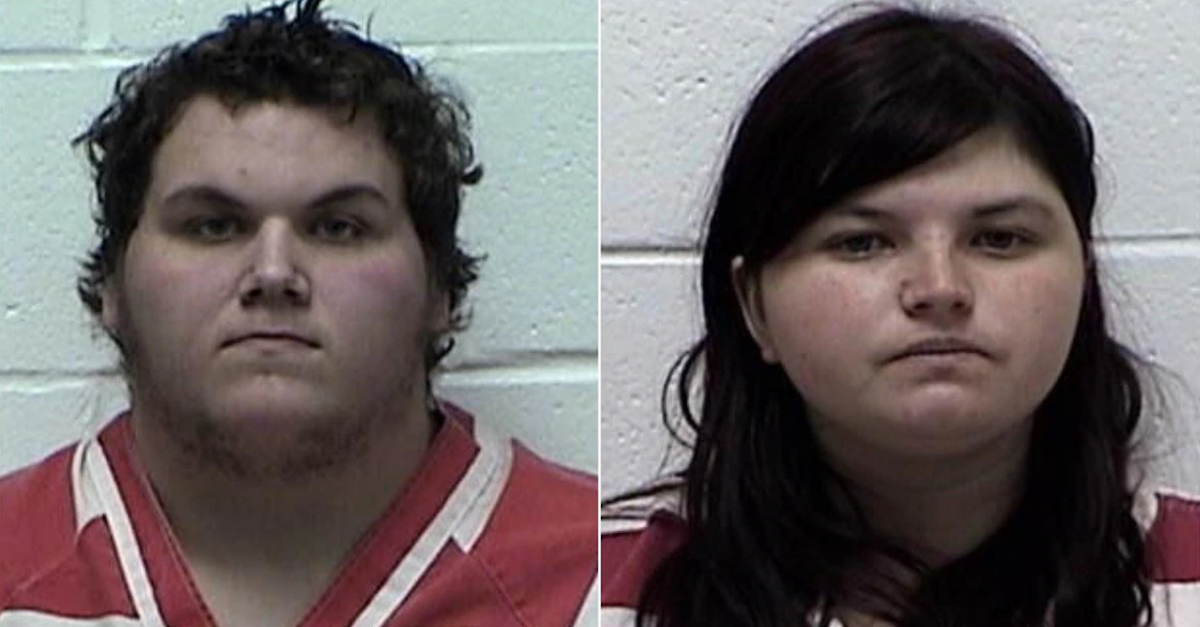 A mother and father in Mississippi now face a capital case for intentionally starving their infant daughter to death, law enforcement authorities say.

Kendra Makayla Beck, 20, and Takoda Jordan Miller, 23, were taken into custody after a grand jury returned indictments against the couple on multiple felonies, including one count each of capital murder in the commission of felony child abuse for the October 2021 death of 5-month-old Kairi Beck, court documents reviewed by Law&Crime show.

In addition to capital murder, Beck and Miller are both charged with one count each of felonious child abuse and child neglect via deprivation of necessary clothing, shelter, health care, or supervision. The latter charge stems from alleged abuse inflicted on Kairi’s elder sibling, a toddler.

The defendants appeared before Judge Dina Richelle Lumpkin at the Pearl River County Courthouse for their arraignments on Tuesday where they were both ordered held without bond pending further proceedings.

According to a copy of the charging document filed in Mississippi’s Fifteenth Circuit Curt District, prosecutors claim that Beck and Miller “intentionally, knowingly or recklessly starved five-month-old Kairi Beck of the nourishments needed to sustain life or growth,” Biloxi ABC/CBS affiliate WLOX reported.

The charges against the couple stem from an investigation that began last fall.

Officers with the Poplarville Police Department and emergency medical personnel on Oct. 6, 2021 responded to a 911 call about an unresponsive child at a residence located in Lot 8 in the 1200 block of South McGehee Street, the Picayune Item reported. The child’s parents, later identified as Beck and Miller, reportedly told the emergency dispatcher that the baby “would not eat.”

Emergency responders also reportedly found a second toddler in the home. The 19-month-old child reportedly underwent a medical examination and was then removed from the care of Beck and Miller and placed in the custody of Child Protective Services (CPS). The alleged abuse caused the toddler to “become infested with lice, covered in feces, and have severe diaper rash,” The Associated Press reported. Prosecutors reportedly claimed that the treatment resulted in “substantial harm to the child’s physical, mental or emotional health.”

Following the infant’s death, Beck and Miller were reportedly both arrested and initially charged with felony child neglect. While Beck remained in detention at the Pearl River County Detention Facility, Miller was released after posting bond, Poplarville Police Chief Danny Collier reportedly told the Picayune Item. Officers on March 22, 2022 arrested Miller again after the grand jury returned an indictment against him and Beck for capital murder.

Chief Collier reportedly told the Picayune Item that the medical examiner’s report played a critical role in the grand jury’s decision to indict the couple in their child’s death.

“Collier said the biggest piece of evidence presented to the grand jury in his opinion was that the medical examiner’s report determined the child’s cause of death to be due to starvation,” the report stated.

Mississippi code says that capital murder is punishable by up to life without parole or the death penalty.