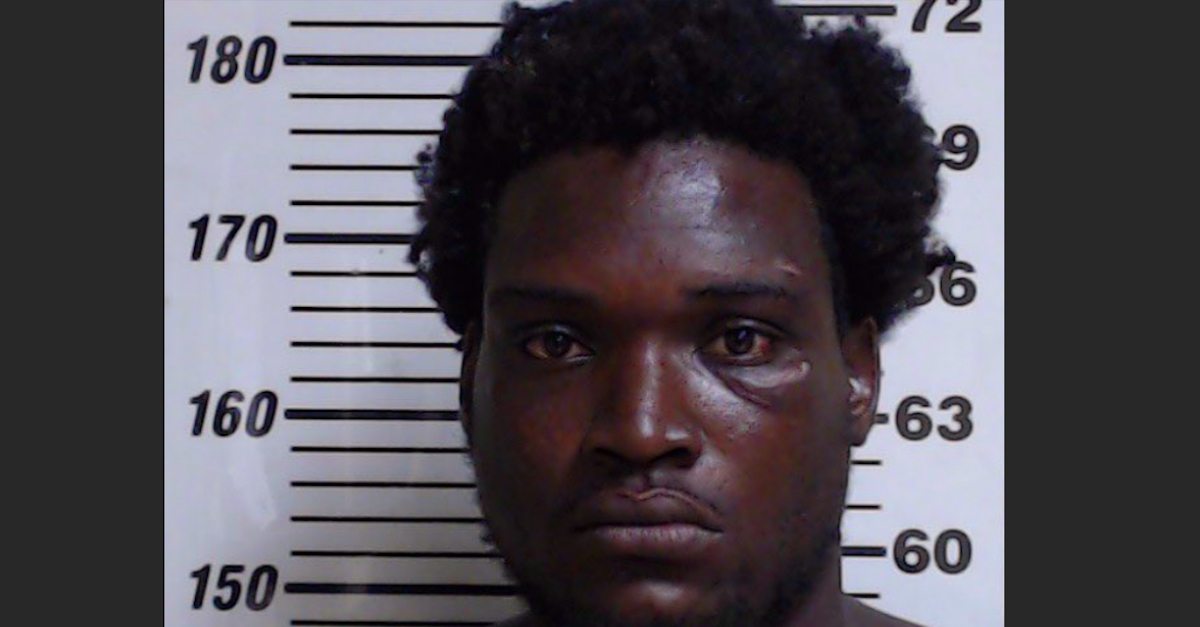 A Mississippi man on Monday hid inside the restroom at a high-end outlet mall and viciously attacked, raped, and robbed an Oklahoma woman before his attempt to flee was thwarted by several bystanders who managed to detain him until law enforcement arrived, police said Tuesday.

According to Sergeant Jason DuCre of the Gulfport Police Department, 28-year-old Andrew Malik Jones was hiding inside of one of the public bathrooms at the Gulfport Premium Outlets located at 1000 Factory Shops Boulevard at approximately 6:45 p.m. The victim told police that after she entered the restroom, Jones “forced her in a bathroom stall where he physically assaulted and raped her.”

The brutal attack left the victim—who was on vacation in the area with her family—hospitalized with multiple injuries, including a fractured skull, according to a report from Yahoo News.

Police said that Jones then grabbed the victim’s purse and attempted to flee the scene but “was detained by bystanders until police arrived.”

The victim and her husband—who was among the bystanders that helped prevent Jones from fleeing—were not identified by law enforcement authorities or local news outlets out of respect for the victim’s privacy.

However, the victim’s husband did speak with local ABC-affiliate WLOX-TV following the attack.

“My wife went in the restroom and the man locked her inside. There was nothing I could do. He put a towel over her face and a belt on her neck and raped her and tried to kill her,” he said.

The husband said that he and their children were standing in the food court when the incident took place, but he didn’t know anything was wrong until he heard a scream coming from the bathroom. He said he rushed over to check on his wife, which is when he allegedly saw Jones coming out of the bathroom carrying his wife’s purse.

“I kept chasing him,” the husband told WLOX. He also said that he was partly able to prevent Jones from leaving by offering him money.

“I showed him my wallet and said, ‘Here, money,’” the husband told the outlet. “I wanted to keep him there so that’s how I got him to stay.”

The victim was transported to a New Orleans hospital by American Medical Response where she remained as of Tuesday. The victim’s husband said Tuesday that he still had not been permitted to see his wife due to her injuries. He also said that he has been unable to sleep knowing that his wife was suffering.

Jones is facing charges of robbery and sexual battery. He is being housed at the Harrison County Jail and his bond was set at $1 million.

It is unclear whether Jones had retained an attorney.

The Gulfport Police Department asked that anyone with information that may help in the case to call the Mississippi Coast Crime Stoppers at 877-787-5898.