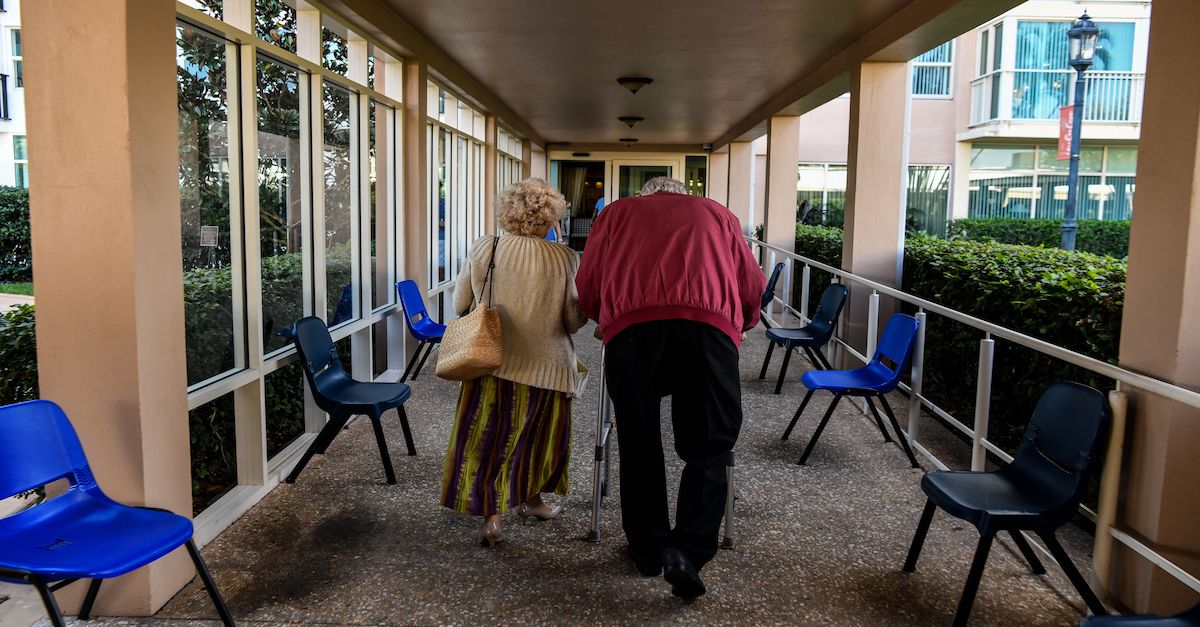 According to the original bill’s author, State Sen. Scott Wiener (D), the law aims to protect LGBTQ seniors living in long-term care facilities from discrimination and mistreatment based on their sexual orientation and gender identity. The bill was passed in 2017 and subsequently signed into law by then-Gov. Jerry Brown (D).

“[T]he pronoun provision is a content-based restriction on speech,” wrote Justice Elena Duarte, who was confirmed to the appellate court in 2010 under then-Governor Arnold Schwarzenegger (R). “The law compels long-term care facility staff to alter the message they would prefer to convey, either by hosting a message as required by the resident or by refraining from using pronouns at all.”

“[W]e recognize the State has a compelling interest in eliminating discrimination against residents of long-term care facilities,” Duarte also wrote. “However, we conclude the pronoun provision is not narrowly tailored to achieve a compelling government objective because it burdens speech more than is required to achieve the State’s compelling objective.”

However well-intentioned, the law violated the First Amendment, the three-member panel found.

“We recognize that misgendering may be disrespectful, discourteous, and insulting, and used as an inartful way to express an ideological disagreement with another person’s expressed gender identity,” the decision said. “But the First Amendment does not protect only speech that inoffensively and artfully articulates a person’s point of view. At the very least, willful refusal to refer to transgender persons by their preferred pronouns conveys general disagreement with the concept that a person’s gender identity may be different from the sex the person was assigned at birth.”

The lawsuit was brought by a group called Taking Offense, which was described in the ruling as an “unincorporated association which includes at least one California citizen and taxpayer who has paid taxes to the state within the last year.”

“The Court’s decision is disconnected from the reality facing transgender people,” Weiner said in a statement. “Deliberately misgendering a transgender person isn’t just a matter of opinion, and it’s not simply ‘disrespectful, discourteous, or insulting.’ Rather, it’s straight up harassment. And, it erases an individual’s fundamental humanity, particularly one as vulnerable as a trans senior in a nursing home. This misguided decision cannot be allowed to stand.”

Rick Chavez Zbur, the executive director of LGBTQ+ advocacy group Equality California, said that it will fight the decision.

“The Court’s decision is a beyond disappointing, especially for our state’s transgender and nonbinary seniors,” Zbur said in a statement on Monday. “Let’s be clear: refusing to use someone’s correct name and pronouns isn’t an issue of free speech — it’s a hateful act that denies someone their dignity and truth. Study after study has shown that trans people who are misgendered face alarming and life-threatening rates of depression and suicidal behavior. And older LGBTQ+ people face feelings of isolation, poor mental health and extreme vulnerability to communicable diseases like COVID-19. California’s nursing home patients deserve better than this — and we’ll be fighting until this decision is overturned.”

The California attorney general’s office defended the law in court, and would be the party to potentially pursue an appeal. The AG’s office told Law&Crime that it is reviewing the decision.

The attorney for Taking Offense, David Llewellyn Jr., told Law&Crime that he had but one thing to say about the ruling: “My only comment is that free speech should not be subject to criminal penalties, regardless of its content.”

The decision was signed by all three justices on the panel, although two wrote separate concurrences.

Justice Harry Hull, who was confirmed in 1998 under then-Governor Pete Wilson, a Republican, criticized Taking Offense’s argument on the room-sharing issue. Taking Offense had argued that the room-assignment provision of the law, which requires long-term care facilities to assign a room based on the patient’s gender identity, violated a patient’s right to intimate association. Hull wrote that that two people sharing a room at a long-term care facility doesn’t create a constitutionally-protected intimate relationship.

Justice Ronald Robie, confirmed under Democratic former Governor Gray Davis in 2002, wrote in his concurrence that the decision was essentially an invitation for the California legislature to try again.

“Instead of mandating that employers ensure the use of proper pronouns in the workplace, the Legislature unwisely made misuse of pronouns a crime,” Robie wrote. “When we rule this law cannot stand, we do not reject the need for persons to use appropriate pronouns but, in my opinion, are suggesting that the Legislature fashion a workable means of accomplishing the laudable goal of the legislation.”