May Millete's Family Hopes Larry Millete Gets 'Change of Heart' 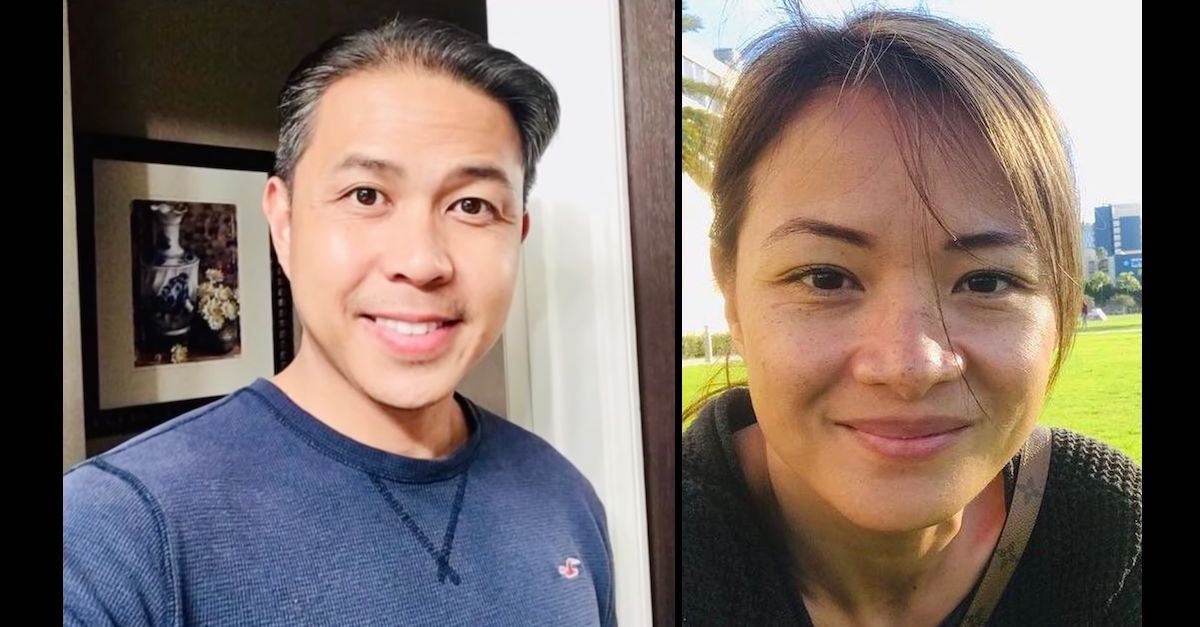 An alleged murder victim remains missing out of Chula Vista, California, and as far as loved ones are concerned, one man can solve that mystery right now. Family members of May “Maya” Millete, 40, voiced hope that her alleged killer, husband Larry Millete, 40, would have a “change of heart,” and reveal the body’s location.

“Pray that we can bring her home and that Larry can have a change of heart … for the sake of her dear children, so the kids know where their mom is at,” May’s sister Maricris Drouaillet said at a vigil Friday, according to The San Diego Union Tribune.

May Millete’s brother-in-law Richard Drouaillet used the same phrase speaking to the crowd of about 75 people.

“You guys are Godsent to us, and we could never repay that,” he said. “But it’s not over, unfortunately. We still need to find Maya. And hopefully, let’s pray that Larry does have a change of heart. Maybe since he’s [in jail] something will click.”

Larry Millete is scheduled for a bail hearing to take place Nov. 4. For now, he must remain in custody for lurid allegations that he killed his wife back on or about Jan. 7, as she was preparing to leave him. The last person she called on the phone was a divorce lawyer, authorities said.

Authorities said Millete discovered his wife had an affair, according to the arrest warrant obtained by KFMB. He allegedly became possessive, showing up to her work unannounced. Defendant Millete searched online about a “plant you take to never wake up,” and rohypnol, which has a history of use as a date rape drug. Relatives said he was being “controlling” and “stalker-like.”

District Attorney Summer Stephan said that Millete resorted to “spellcasters” to keep his wife in the relationship, but his requested spells became hostile.

“Larry was trying to hold on to May and he resorted to contacting what are called ‘spellcasters,’” Stephan said. “I’ve never had a case where that was involved.  These ‘spellcasters’ would be asked to make May want to stay in the relationship, but December of 2020 came, those messages to spell casters were a lot more threatening.  He was asking for May to become incapacitated, for May to be in an accident, to have broken bones, so she could stay at home — thus displaying his homicidal ideations to harm May.”

A neighbor’s security system caught “nine loud bangs” on the night of Jan. 7, but the FBI could not determine if those were gunshots or not because of the quality of the recording. On Jan. 8, Larry Millete positioned his black 2015 Lexus GX460, so authorities could not tell if he was moving a body inside. He left home for 11 hours and 21 minutes, leaving his phone behind, so investigators could not track him by GPS. He had his 4-year-old child with him, authorities said.

When questioned by the police, Larry Millete allegedly said that he was at the beach. He said he was at one beach but pointed to another on a map when asked to explain his whereabouts. The defendant’s employer was trying to “frantically” reach him — and so was the defendant’s father.

“We need the public’s help,” Stephan said, asking the public for information about where the Lexus may have been on Jan. 8.