Husband Charged with Murdering Missing Wife Used ‘Spellcasters’ to Steer Her Away from Divorce: Prosecutor 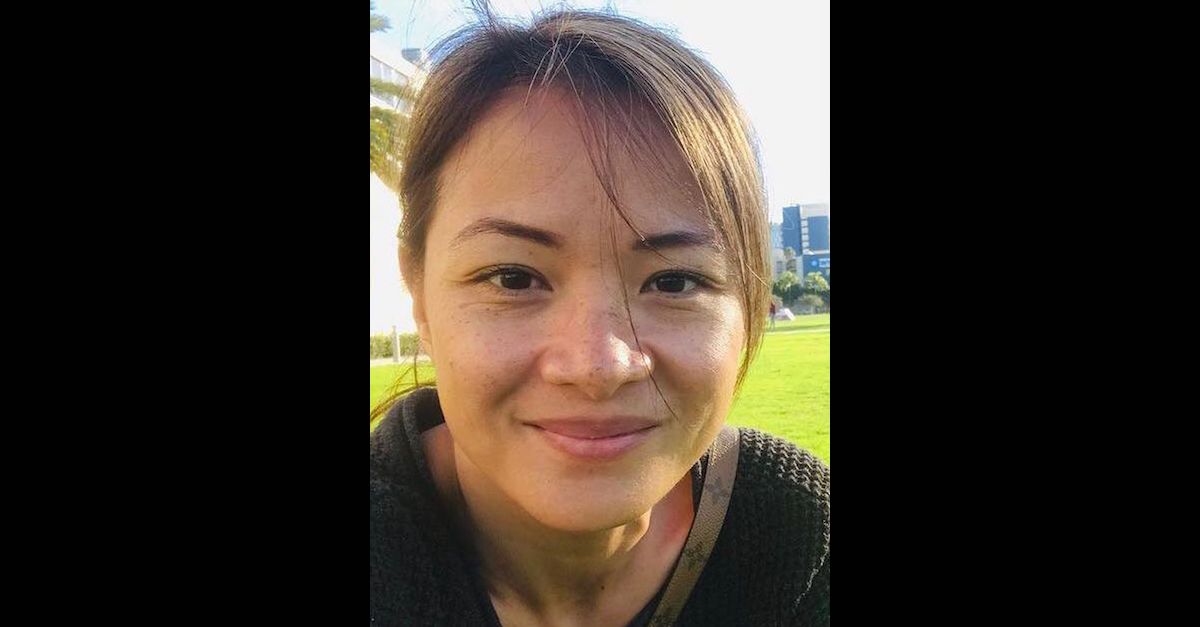 A California husband has been arrested and charged in connection with the disappearance and presumed death of his wife.

May “Maya” Millete, 40, a mother of three from Chula Vista, vanished in January. Her husband Larry Millete, 40, is now charged with first-degree murder and with the illegal possession of an assault weapon, the San Diego County District Attorney announced on Tuesday.

Cheers also erupted when authorities announced the defendant’s arrest at a press conference.

The defendant is scheduled to be arraigned Thursday. He’s currently being held in the San Diego County Jail. 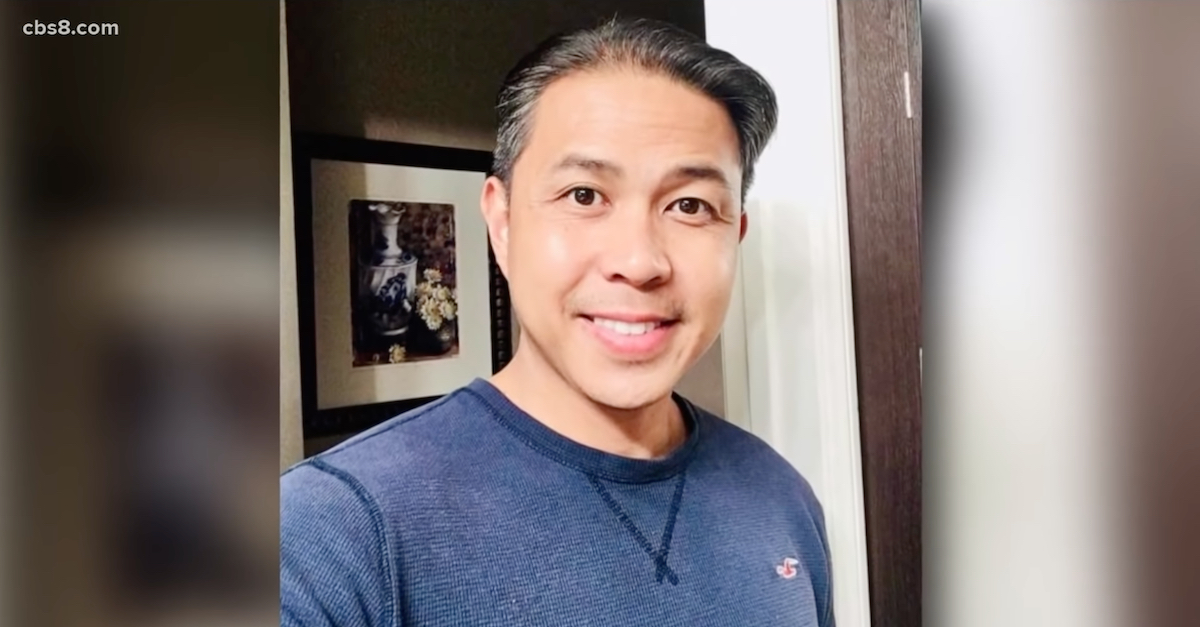 Larry Millete appears in an image obtained by KFMB-TV.

The victim’s body has never been found. District Attorney Summer Stephan said in a press release that under California law, prosecutors can file murder charges against defendants even when their victims remain missing. “Specifically, case law holds that successfully disposing of a victim’s body does not entitle a murderer to avoid prosecution,” the DA’s office said in a press release.

“A missing body is circumstantial evidence that there was foul play and that it’s a murder,” Stephan said at a Tuesday news conference. “Somebody who takes their own life cannot hide their body.”

Stephan said that significant portions of the arrest warrants remained sealed because the investigation was still ongoing — including the search for Maya Millete’s body. She hoped that recalcitrant individuals would decide to come forward with knowledge about the case now that Larry Millete was behind bars. She also hoped that someone might be able to provide information about a Lexus pulled off on the side of a roadway on Jan. 8 — a nugget of information that might lead to the discovery of the presumed victim’s remains.

The DA said the presumed victim made her last and final phone call to a divorce attorney on Jan. 7. She set an appointment on Jan. 12 to “carry out the divorce,” Stephan said. The presumed victim did not meet with the attorney earlier because her daughter had a birthday celebration planned for Jan. 10.

“We know that Larry was aware,” Stephan said. The defendant texted his boss to suggest that the marriage was over.

“I think she wants me to snap,” Larry Millete allegedly said by text message on the afternoon of Jan. 7. “I’m shaking inside ready to snap,” the defendant continued.

Stephan characterized the messages as “telling.”

“Larry was trying to hold on to May and he resorted to contacting what are called ‘spellcasters,'” Stephan said. “I’ve never had a case where that was involved.  These ‘spellcasters’ would be asked to make May want to stay in the relationship, but December of 2020 came, those messages to spell casters were a lot more threatening.  He was asking for May to become incapacitated, for May to be in an accident, to have broken bones, so she could stay at home — thus displaying his homicidal ideations to harm May.”

The defendant sent to his young daughters a screenshot of money in a cryptocurrency account on the evening of Jan. 7, the prosecutor added.

“Unfortunately, despite the excellent work of the FBI, they were not able to confirm whether those were gunshots, based on the quality of the recording,” the DA said. At 10:34 p.m., neighbors heard the “unusual” sound of the victim’s children playing in their back yard.

Larry Millete said that he was at the beach when questioned by the police. He said he was at one beach but pointed to another on a map when asked to explain his whereabouts. The defendant’s  employer was trying to “frantically” reach him — and so was the defendant’s father.

“The phone was not operating,” Stephan said.

The prosecutor said that a data download from the defendant’s Lexus pursuant to a search warrant showed a “navigation event” for the defendant’s home address about two and a half hours before he returned.  The car was an older model, she said, and did not contain a precise GPS track.

“We need the public’s help,” Stephan said in another plea for information about where the Lexus may have been on Jan. 8. She emphasized that the defendant could have been two and a half hours away from home and that the presumed victim’s remains could be quite some distance away from Chula Vista.

On Jan. 9, the defendant’s messages to his “spellcasters” changed markedly, the prosecutor alleged. The defendant had sent messages about May “on a daily basis,” but his messages on and after Jan. 9 shifted toward a man the defendant blamed for his failed marriage.

Relatives started looking for the presumed victim on Jan. 8. The defendant said his wife was at work.

It was Maya’s family who called the police to report her missing — not her husband.

“She wanted to continue being a parent, and she tried to negotiate that they can be parents to their children but not subject the children to a toxic relationship, but Larry would not have it,” Stephan said.

Stephan said the evidence “pointed in one direction: that May was murdered.”

“There is no proof of life that May is alive” since the evening Jan. 7, the prosecutor said — citing reviews of the defendant’s savings accounts.  All of her valuables were in her house; her cars were accounted for.  Her phone was in her house the evening she is believed to have been killed.

The DA’s office further said the arrest was simply the result of a “nine-month investigation” by the Chula Vista Police Department and the DA’s Office itself with support from the FBI and the Naval Criminal Investigative Service. The latter agency was most likely involved because the alleged victim was a civilian contractor at Naval Base San Diego.

“Sometimes missing persons cases remain unsolved, but as the evidence unfolded in this case, it pointed in one direction — that May was murdered,” Stephan said. “As we make this announcement, I know the hearts of the community are with May’s family, her three young children, and everyone who knew and loved her.”

Chula Vista Police Chief Roxana Kennedy said the investigation was continuing and that the arrest of Larry Millete was but “a step toward justice.”

Kennedy said at a Thursday news conference that investigators reviewed more than 130 tips, interviewed 87 people, and served 67 search warrants as part of the “thousands of hours” of investigation. She called the evidence “clear and overwhelming” — but ultimately that will be for a jury to decide. She also called the presumed death of the victim a “senseless tragedy.”

NBC News said that the defendant said early on in the investigation that he didn’t hurt his wife and that some of his wife’s “relatives have said they didn’t believe he would harm her.”

However, Maricris Drouaillet, the alleged victim’s sister, and Drouaillet’s husband Richard have publicly called for continued investigations and have kept the case in the spotlight. At times, they’ve held news conferences and organized search parties, NBC News recalled.

“They rallied around her family and helped keep May’s disappearance in the spotlight,” Kennedy said.

In an emotional statement, Maricris Drouaillet thanked everyone for “relentlessly” working the case and said the support was “overwhelming.”

“We still have a long way to go,” Drouaillet added while sobbing before a bank of television cameras.

The family received cheers of approval earlier during the news conference when the defendant’s arrest was announced.

The district attorney’s office noted that domestic violence-related cases make up about 14% of all homicides nationwide each year.