Woman and Her Son Murdered Her Half-Brother, Started Fire: Authorities 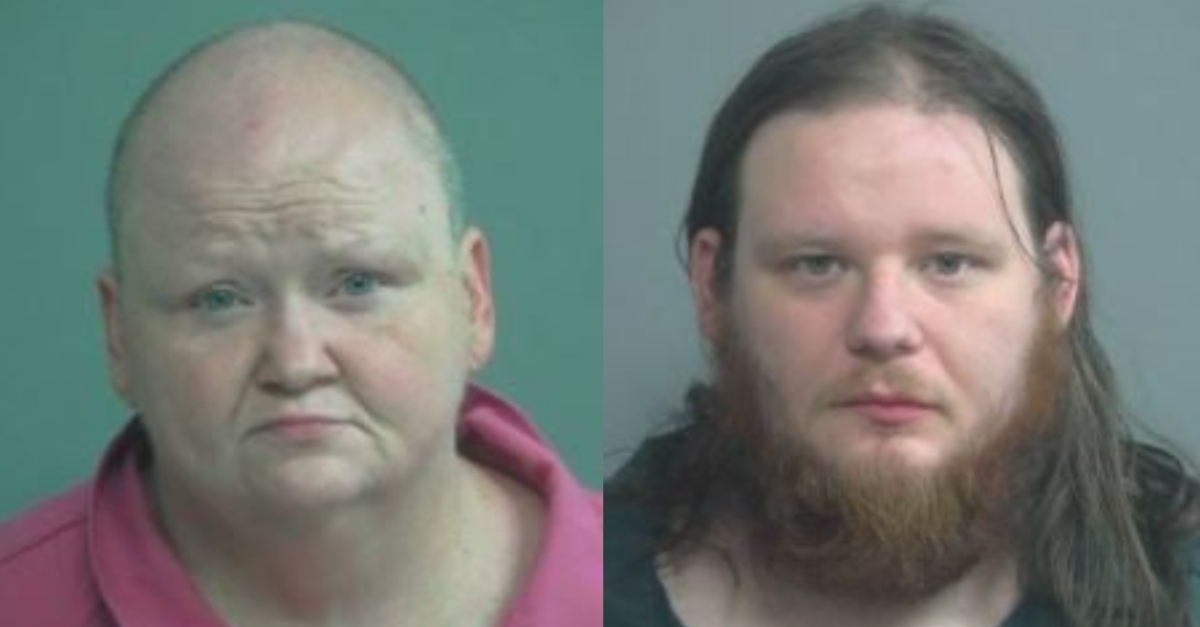 The search for a man’s alleged murderers led investigators across state lines and all the way to blood relatives. Debbie Senft, 47, and her son Zachary Mussett, 26, killed her half-brother Michael “Andy” McGuffee, 56, says the Oklahoma State Bureau of Investigation.

McGuffee’s wife was contacted on Oct. 15 after he no-showed work, and she had a family member check on him, authorities said.

“When that family member arrived at the residence in the 8300 block of Garvin Drive and saw signs of a fire, he contacted the Blanchard Police Department,” authorities wrote. “After officers arrived at the scene and found McGuffee deceased, the Blanchard Police Department requested Oklahoma State Bureau of Investigation (OSBI) assistance with the investigation.”

OSBI investigators determined someone killed McGuffee. This was a homicide. Someone started the fire, and many items were stolen, including the late man’s pickup truck, authorities said. It turned out that these items were pawned in Kansas and the truck was in Oklahoma City, authorities said.

“Early this week, agents discovered that items stolen from McGuffee were pawned in Salina, Kansas,” they wrote. “At that point, the Kansas Bureau of Investigation (KBI) went and collected the evidence from the pawn shop on behalf of the OSBI. A few days later, agents recovered the pickup truck at a car wash off I-35 and 89th Street in Oklahoma City.”

Authorities said they found Senft and Mussett in Wyoming on I-80, 15 miles east of city Rock Springs.

Mother and son, both residents of Texarkana, Texas, were held without bond in Sweetwater County, Wyoming, and charged with murder in the first degree, and arson in the first degree. Extradition to Oklahoma is pending, authorities said Saturday.

Correction – 2:15 pm: The original version of this article misstated Mussett’s age as 56. He is actually 26.