Missing Florida Man Was Murdered By the Mother of His Child, and Her New Boyfriend: Deputies 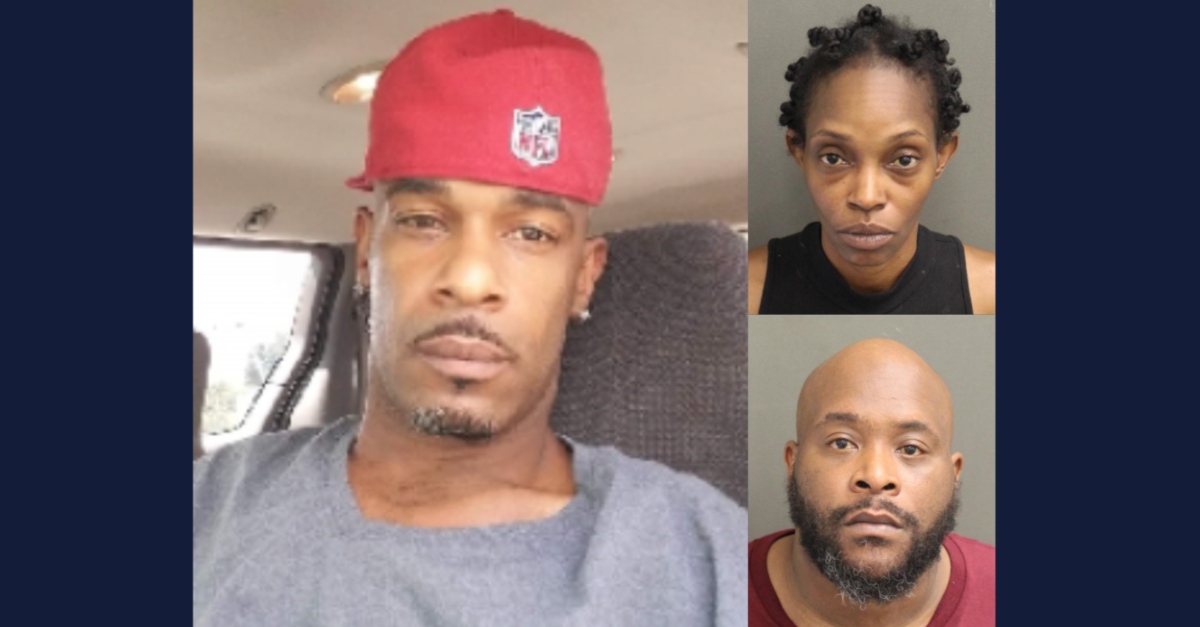 The search for a missing man ended with two arrests. Melvin Ray Wilcox, 39, turned up dead in the trunk of his car, according to deputies in Orange County, Florida. Now Lashawn Triplett, 43, who is the mother of his child, and Johnny Wesley, 42, his friend, are charged with first-degree murder with a firearm. Both are locked up at the Orange County Jail as of Sunday.

UPDATE: Sadly, we must report that Melvin Wilcox was found deceased in the trunk of his car late Friday. OCSO Homicide detectives have arrested Johnny Wesley and Lashawn Triplett for First Degree Murder with a firearm.

We extend our condolences to Melvin’s family & loved ones https://t.co/HIdMWRWATs

Wilcox ran into both Triplett and Wesley together at the Central Florida Fair on March 13, according to deputies in a WKMG. The men got into an argument because Wesley never told Wilcox about beginning to date Triplett about a year before, officials said.

According to authorities, 10 hours of surveillance video showed Wilcox entering Wesley’s home at about 2 a.m. on Tuesday, but never leaving. Several people tried to move his Honda Civic, and had to start it with jumper cables, officials said. It was allegedly later backed up to the door of the home, all of the lights in the residence were turned off, and a man drove the vehicle away. Officials did not say who this driver was, but said Wesley was seen an hour later walking back home, putting two large trash bags into his own vehicle, driving away and then returning in 15 minutes.

Investigators suggest Wilcox was likely shot at the home, and his body was moved away in the vehicle. Authorities reportedly said they found bullet holes, remnants of blood, and a 9mm shell casing when they executed a search warrant  at the residence.

Wilcox was found Friday. He had been shot in the head and twice in the area of his shoulder and neck, officials said.

Officials said his mother had been the one to report his car stolen. She knew about the dispute between her son and Wesley, authorities said. According to deputies, she said Wilcox told her he was going to see a different friend on the morning of March 15, but that friend said that evening that Wilcox never arrived. She reached Wesley, who allegedly said Wilcox arrived at his home, got into another fight but left in his car. Wesley allegedly said that he had to jumpstart Wilcox’s Civic because it had a dead battery.

Records do not show attorneys for either Wesley or Triplett.