Georgia Father Shot and Killed His 19-Year-Old Daughter, Then Himself: Deputies 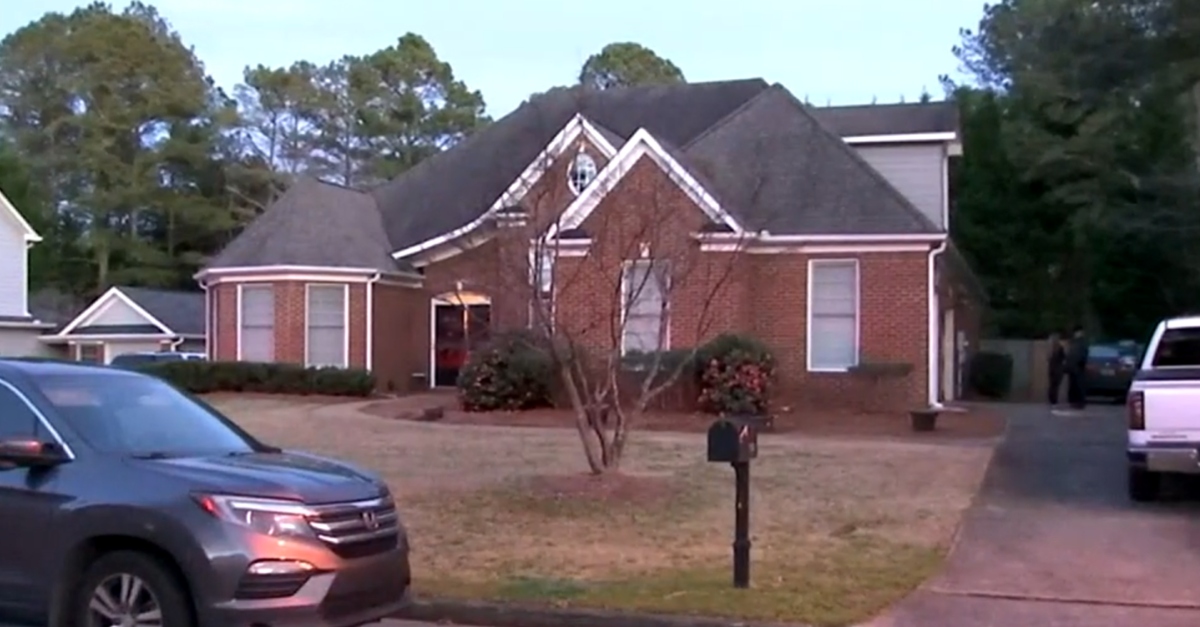 The home of Howard and Kathryn Newhouse.

A man shot and killed his daughter, then died by suicide, authorities said according to local outlets in Georgia. It appeared that Howard Newhouse, 57, murdered Kathryn Newhouse, said the Cherokee County Sheriff’s Office. A family member reportedly suggested this happened as a “tragic culmination” of the victim’s mental health struggles. Both father and daughter have been separately arrested for allegedly attacking each other, authorities said.

Investigators said the incident seemed to have happened around 5:45 p.m. on Saturday at a home on the 1100 block of Bridge Mill Avenue in the Bridge Mill subdivision of Canton, according to WGCL. Deputies arrived to find father and daughter dead inside.

“When they arrived on scene, they discovered two deceased persons, inside,” Sheriff’s spokesperson Capt. Jay Baker said, according to WSB-TV. “It appears that a father shot [and killed] his daughter and then took his own life.”

Kathryn’s mother was inside the home at the time of the incident, but she was not injured, officials said in a WAGA report.

The investigation is ongoing. They said it was unclear what led up to this murder-suicide. Deputies did not suggest a motive, nor did they try to describe the Newhouse’s home lives.

But both father and daughter were reportedly arrested in separate simple battery cases, according to WXIA. First, Howard allegedly held Kathryn down on a bed by her throat on April 9, 2019, but that misdemeanor charge was resolved through pre-trial diversion on April 30, 2020.

In the other case, Kathryn allegedly hit a cup in her father’s hand on Jan. 28, 2020, knocking it into his face and therefore cutting his nose. That case was reportedly also dismissed on condition of her writing an apology, taking a life skills course, and getting other treatment.

Kathryn’s brother Chris Newhouse described a troubled home experience. He emphasized that his sister, who was a transgender woman, had a long-term struggle with her mental health.

“A tragic culmination of all of these different mental health issues that kind of compounded and led to such a, escalated to a situation that–it shouldn’t have happened, but it happened,” he said in a WGCL report.

Neighbors said that law enforcement were called out to the Newhouse home multiple times in recent years after Kathryn had mental health episodes.

“Serious screaming, hollering, physical violence,” Chris said. “She’s nineteen, she can hurt my family now. These are not tantrums. They would happen very frequently.”

Authorities previously put out what’s referred to as a Mattie’s Call in March 2020 after Kathryn ran away from a home in Jonesboro, Georgia.

Chris Newhouse said the family’s home life grew more stressed after Kathryn was released from a mental health institution before the pandemic.

“Whenever they pushed her out of that mental health intuition and forced her to come back home, that’s when everything really brought a lot of stress and tension upon our family and that’s when a lot of the stressful stuff started happening,” he said.

Nonetheless, Chris, who is a student as Georgia Tech, said he did not witness any signs of oncoming violence when he saw them Saturday. His father helped him with his car, and all three of them had milkshakes before he returned to school for a nap.

Newhouse said he was at peace with what happened. He said that his sister was “unburdened” from her mental health struggles now, and that in a way, his father would there for his upcoming graduation in six weeks.

“He’s not going to be able to see me graduate or anything like that,” he said. “But I know he’s going to be there.”

Update – 9:11 p.m.: We added information about father and daughter being arrested in separate incidents.