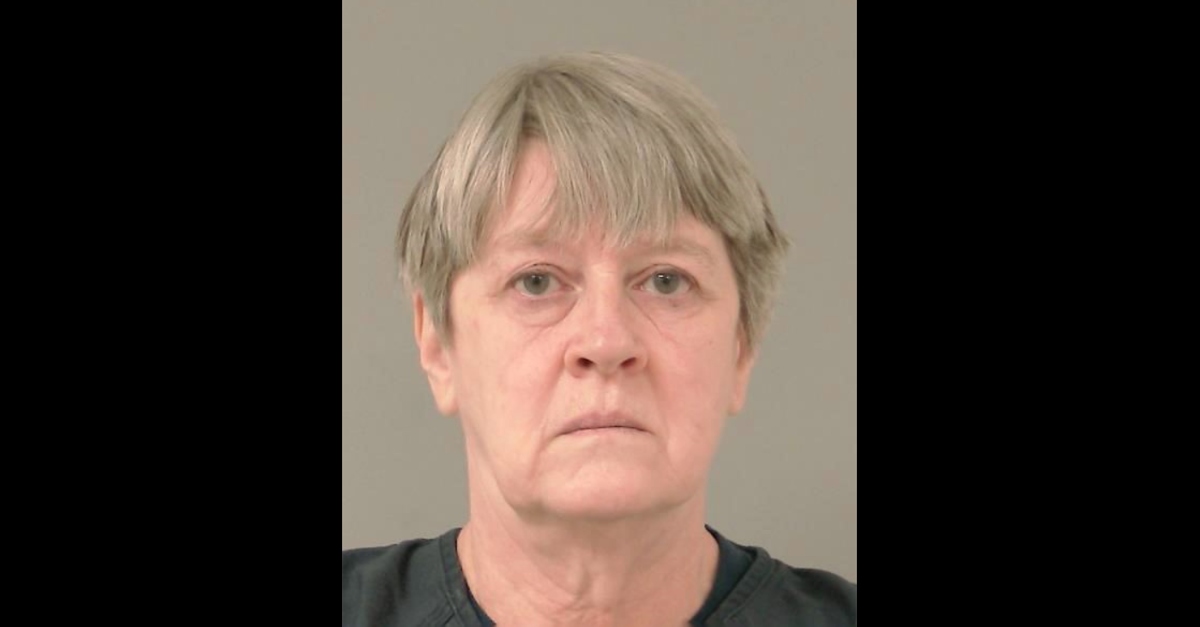 A judge in Minnesota ordered a 63-year-old mother to spend more than two years behind bars for helping dispose of her husband’s body after the man was fatally shot by their son.

Scott County District Court Judge Colleen G. King on Thursday handed down a sentence of 27 months (2 years and 3 months) to Connie Lou Herbst for her role in the 2013 death of 57-year-old Gary Albert Herbst, court records reviewed by Law&Crime show.

Connie had originally been accused of second-degree murder, but that charge was dismissed after she reached a deal with prosecutors that required her to plead guilty to the lesser charge of aiding an offender as an accomplice after the fact. She formally entered her guilty plea in October 2021.

According to the sentencing order, Connie will be credited for the 462 days she has already been imprisoned. She must serve at least two-thirds of the total sentence at the women’s only Minnesota Correctional Facility – Shakopee — and she may be allowed to serve up to one-third of the sentence on supervised release.

The order noted that the sentence was a downward departure from the state’s sentencing guidelines.

Connie’s 27-year-old son, Austin J. Herbst, in March 2021 pleaded guilty to second-degree intentional murder in his father’s death. A judge noted claims that Gary had been physically and emotionally abusive towards Austin and Connie in sentencing Austin to a relatively lenient punishment for murder. He was sentenced to a total of 12.5 years, with 7.75 years to be spent in the Minnesota Correctional Facility – St. Cloud and 4.75 years on supervised release. It was also a stark downward departure from state guidelines which recommended a sentence of at least 21.75 years.

According to the criminal complaint, Gary suddenly went missing in July 2013. At the request of Gary’s brother, Austin reported his father missing in March 2014. He told police that his father had packed a bag of clothes, took $5,000 in cash, left the house n a grey Honda driven being driven by someone he did not know, and had not been seen since.

The search for Gary quickly went cold and stayed that way for years, until a local canine made a grisly discovery.

A dog in Barron County, Wisconsin on Dec. 3, 2017 dug up what appeared to be a human skull and brought it back to the home of his owner. The skull appeared to have a bullet hole that traveled through the top of the cranium. The homeowner reported the finding to authorities who soon found the rest of skeleton.

Assisted by the DNA Doe Project, authorities were able to identify the remains as Gary Herbst. Investigators interviewed Connie and Austin, who both maintained that they  not seen Gary since he grabbed cash and left.

The complaint also detailed Gary’s allegedly pugnacious demeanor and the “tense” relationship that developed between Austin and Gary as the son turned 18.

Authorities said neighbors described Gary as being belligerent, quick to scream expletives and to call the police on others. Both Connie and Austin were described as becoming far more social in the wake of his “disappearance.”

Neighbors also noted that mother and son had a garage sale where they appeared to be clearing out Gary’s things soon after he went missing.

“[A neighbor identified as JDG] recalled that [Connie and Austin] held a garage sale, for which Gary was not present, selling mostly men’s clothing and various tools,” the complaint stated. “Gary was a mechanic by profession.”

Some neighbors also investigators that they saw Connie and Austin putting a rolled-up carpet into the family’s pickup truck after dark one night in mid-Aug. 2013.

Connie and Austin moved out of the home a few years later.

In further talks, Austin Herbst told investigators his father was verbally and physically abusive toward his mother.

“He intervened many times and basically became his mother’s protector,” the complaint stated.

The pair were arrested and charged in Gary’s death in November 2020.

Read the sentencing memo below.