Son Allegedly Shot His Dad in the Head, Then Mom Helped Get Rid of the Body 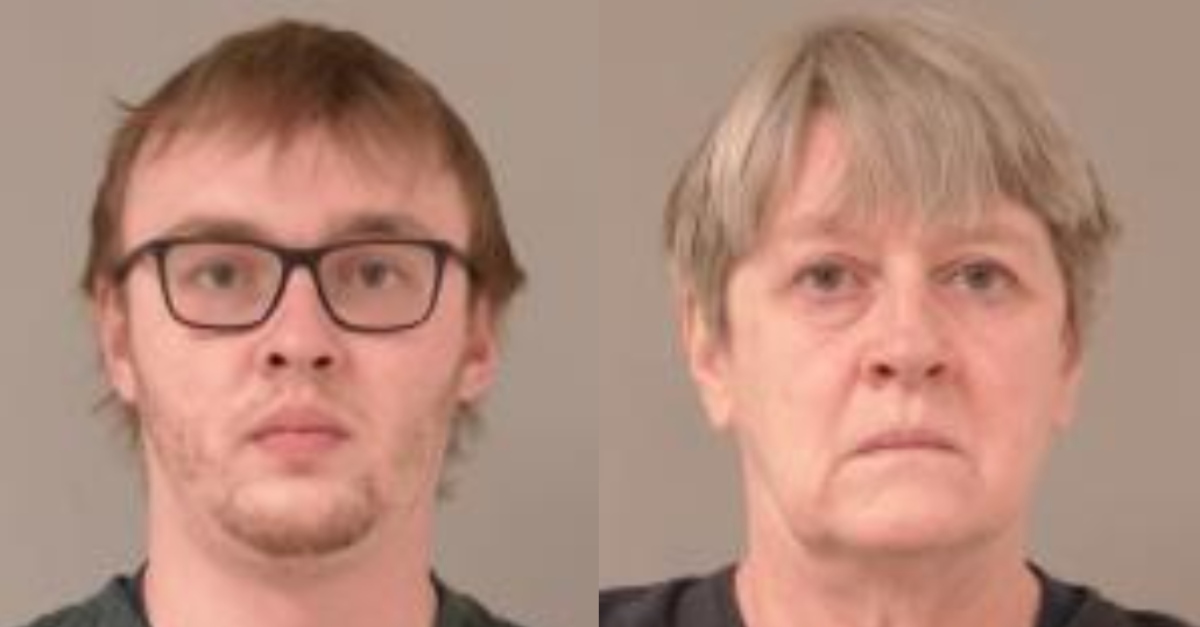 A Minnesota man and his mother have been accused in the death of his father. Austin J. Herbst, 26, and Connie L. Herbst, 62, were arrested Thursday, and charged with second-degree murder in the 2013 death of Gary A. Herbst, 57, according to The Star Tribune. The son allegedly shot the father in their Minnesota home, and the mother helped dumped the body in Wisconsin.

Scott County Attorney Ron Hocevar told the outlet that Austin Herbst admitted to the murder on Thursday, and that the son claimed to have done it because the father was abusive. Both defendants previously claimed, according to authorities, that Gary Herbst was verbally and physically abusive, especially to Connie. Authorities believe the shooter tossed the murder weapon in a lake east of Butternut, Wisconsin.

Authorities say that the victim went missing July 6, 2013, but he was not reported missing until the following year when his brother asked Connie Herbst to do so. The alleged story from the victim’s wife—told in February 28, 2020—was that her son called her when she was at the library. He told her that Gary Herbst had left. She returned home to discover that her husband’s clothes, $5,000 in cash, her handgun, and her wedding ring were gone. Austin Herbst allegedly claimed his father departed in a vehicle driven by an unknown individual.

Gary Herbst was missing for years, but he turned up in grisly fashion in December 2017: a dog south of Barron, Wisconsin found his skull and took it to its owner’s home.

The cause was death was immediately clear from this discovery: Herbst had been shot in the head. The rest of the remains were discovered shortly after by local Barron County deputies. The deceased was eventually identified as Gary Herbst last June as part of the DNA Doe Project.

That was the key development in the case. Investigators say former neighbors stepped forward to say that they saw Connie and Austin Herbst load what seemed to be rolled-up carpeting into the family’s pickup truck after dark in mid-August 2013. The prosecutor’s theory is that Gary was in the carpeting. The mother and son also allegedly held a garage sale several weeks after the disappearance.

Investigators also managed to take a look at the Herbsts’ former home, where the current owners claimed to discover a stain on the basement floor back when they remodeled. Authorities tested the stain. It was blood, and it belonged to a human. Further searching revealed blood elsewhere in the room.

Texts on the defendant’s phones allegedly revealed that the mother wrote her son after news of her husband’s remains being identified, and she voiced concerns about authorities investigating their old home.

“Might have a problem,” she allegedly wrote, “They are searching.”

It is unclear if the defendants have legal representation in this matter.