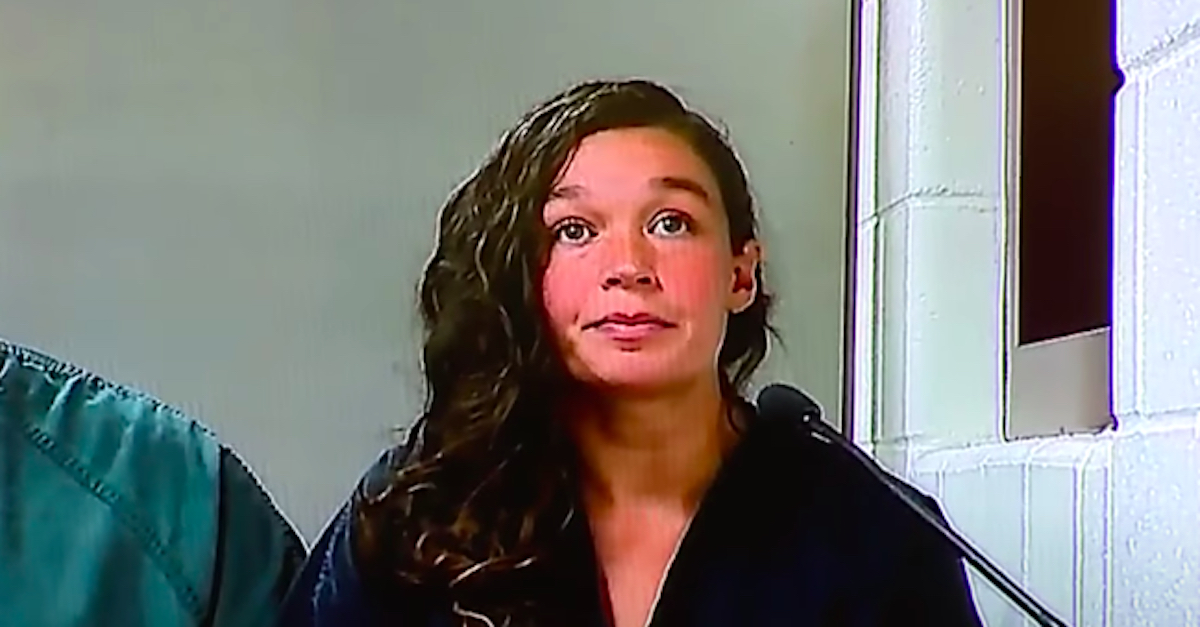 A jury in Michigan on Thursday found a mother guilty of murder in the 2018 death of her 10-month-old baby daughter.

Kent County jurors deliberated for approximately three hours before returning a guilty verdict against 30-year-old Tatiana Fusari on one count each of first-degree murder and first-degree child abuse in the death of Mary Welch.

Fusari’s husband, Seth Welch, in January 2020 was similarly convicted of murder and child abuse for Mary’s death; he was sentenced to life without parole.

Mary was the couple’s third child. Their fourth child was born while Fusari was in jail after being charged with Mary’s death.

Fusari, a New York native, initially pleaded no contest to charges of second-degree murder and second-degree child abuse, but the court allowed her to withdraw that plea and let a jury decide her fate.

As previously reported by Law&Crime, an autopsy performed by a county medical examiner determined that Mary’s death was the result of malnutrition and dehydration. Prosecutors alleged that the infant hadn’t been fed in days, having gained only a single pound in the ten months since her birth.

Earlier this week, Fusari testified that she was the victim of abuse at the hands of her husband for years, telling jurors that Welch had held a gun to her head and raped her. Her defense attorney said the constant abuse left her as a mere shell of the person she was prior to getting married.

“He takes the AK out of the closet and he tells me to get on my knees and he puts the gun to my head,” she said during Tuesday’s proceedings, according to a report from Grand Rapids NBC affiliate WOOD-TV. “And at this point I don’t know why he’s angry. I don’t know what I could’ve done this time for him to be so upset with me to put a gun to my head.”

Fusari said Welch also attempted to perform an exorcism on her when she was pregnant with their fourth and youngest child.

“He was reading verses from the Bible as he was taking his open palm and smacking me in between my shoulder blades over and over—and he was just saying things like, ‘Demon, be gone!’” she reportedly said.

Fusari said the abuse ultimately prevented her from being able to protect her child. She also repeatedly claimed that she fed and nursed Mary, despite the fact that the autopsy revealed “that she had not had any food for days,” according to prosecutors.

Welch called 911 on Aug. 2, 2018 and reported that he found Mary in her dead in her crib, Law&Crime previously reported. According to prosecutors, the medical examiner determined that the child had been dead for at least 72 hours before the 911 call. An officer who responded to scene described Mary’s cheeks and eyes as being “sunken into her head.”

In subsequent interviews with investigators, the couple allegedly claimed that they had noticed their daughter was getting thin up to a month before, the Detroit Free Press reported. According to police, Fusari said they didn’t get her to a doctor because they worried about Child Protective Services, lacked trust in medical services, and had religious reasons against it.

“Mary got justice,” Kent County Assistant Prosecutor Kim Richardson said following the verdict. “The trial was only about Mary.”

Nunzio did not immediately respond to an email from Law&Crime seeking comment about the verdict and appeal plans.

Fusari is scheduled to appear in court again for a sentencing hearing on Nov. 17. She faces a mandatory life sentence.

Watch the verdict being read below.