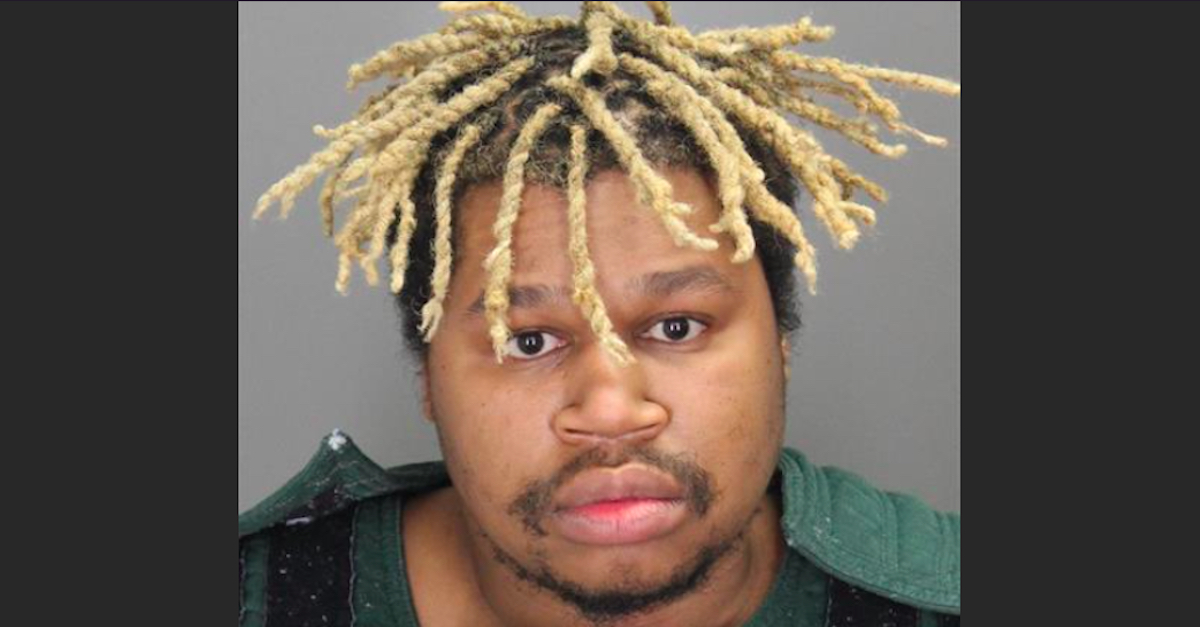 A 31-year-old man in Michigan is behind bars after he allegedly choked his boyfriend of 10 years to death during an argument over a video game, then called 911 and told the dispatcher the victim was “sleeping,” authorities said. Deputies with the Oakland County Sheriff’s Office took Docquen J. Watkins into custody on Friday and charged him with second-degree murder for killing his 28-year-old boyfriend and social media star Rory Teasley, Detroit NBC affiliate WDIV-TV reported.

According to the report, deputies responded to a 911 call about a possible domestic disturbance at approximately 11:34 p.m. on Thursday, Jan. 6 at an apartment complex located in the 10 block of Carter Street in Pontiac. The call was reportedly placed by Watkins, who allegedly told the dispatcher that he and his boyfriend had gotten into a fight over a video game and that his boyfriend was now “sleeping” on the couch.

Upon arriving at the scene, first responders reportedly found Teasley unresponsive lying on a couch inside the residence. Emergency medics attempted life-saving procedures to resuscitate Teasley and rushed him to a local hospital. Doctors pronounced him dead shortly after he arrived at the hospital.

Teasley’s death was reportedly the first homicide to occur in Oakland County in 2022. WDIV reported that an autopsy has been scheduled.

In a statement, the sheriff’s office said that the two men got into an argument while playing a video game called “Overwatch,” a popular team-based first-person shooter game that takes place on earth in the near future. The altercation escalated, turning into a physical confrontation and Watkins choked Teasley to death, the sheriff’s office said. Watkins and Teasley had reportedly been together for over ten years.

Teasley was a popular social media influencer and comedian who had garnered more than 200,000 followers on the video sharing app TikTok, where he often posted short clips of himself dancing under the handle “2pump4tv.” He also had over 10,000 subscribers to his YouTube channel and more than 63,000 followers on Instagram, where he identified himself as an “international twerk instructor” and “everybody’s gay best friend Rory.”

Following his arrest, Watkins was booked at the Oakland County Jail where he is being held without bond, online records show.

On Sunday, Watkins appeared before a magistrate judge, who scheduled his probable cause conference for Tuesday, Jan. 18. The magistrate also scheduled his preliminary examination hearing for Jan. 25. If convicted of second-degree murder Watkins faces a maximum sentence of life in prison.

“We see far too often across the country these days when people resort to violence over trivial and insignificant disagreements,” Oakland County Sheriff Michael Bouchard said in a statement following Teasley’s death. “There is never a reason where violence is acceptable over a disagreement. Those who do so will be held accountable.”