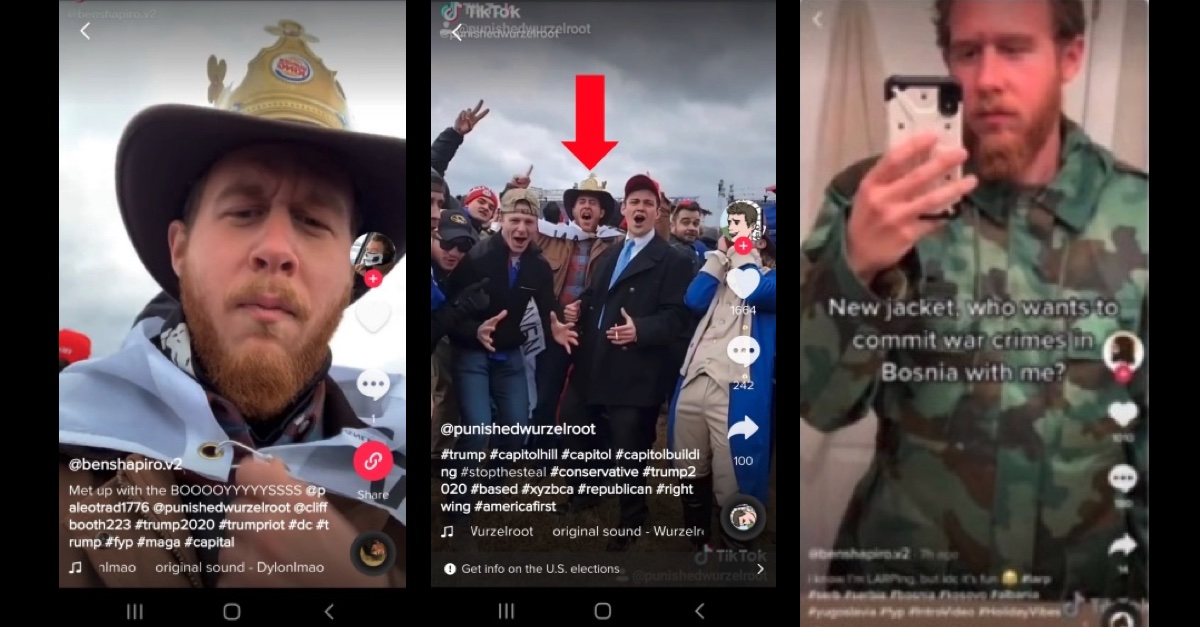 A Delaware man who was being tracked by the FBI in December 2020 has been charged with joining the mob of Donald Trump supporters that breached the U.S. Capitol on Jan. 6.

Nicholas Lattanzi, of Millsboro, was arrested Tuesday, according to federal court documents. He is facing charges of disorderly conduct, entering and remaining in a restricted building or grounds, and parading, demonstrating, or picketing in a Capitol building.

According to an FBI court filing, Lattanzi popped up on the FBI’s radar late last year. He was flagged to University of Delaware Police because of a TikTok post he made of himself wearing a camouflage jacket to TikTok, along with the caption: “New jacket who wants to commit war crimes in Bosnia with me?” 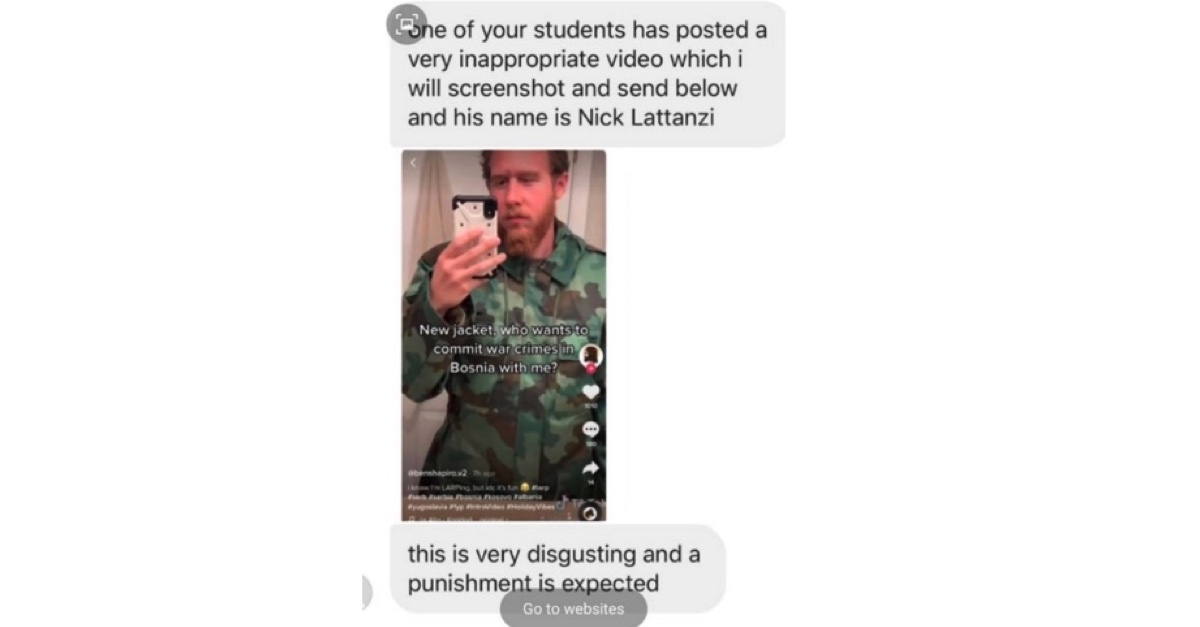 On the morning of Jan. 6, an FBI investigator checked Lattanzi’s TikTok account, where Lattanzi had apparently announced his plans to go to Washington the previous day.

“DC BOUND” Lattanzi wrote, followed by three angry-face emojis, over what appeared to be an image taken from the perspective of someone driving in the dark. “Anyone else gonna be a the rally tomorrow?” the caption also said. 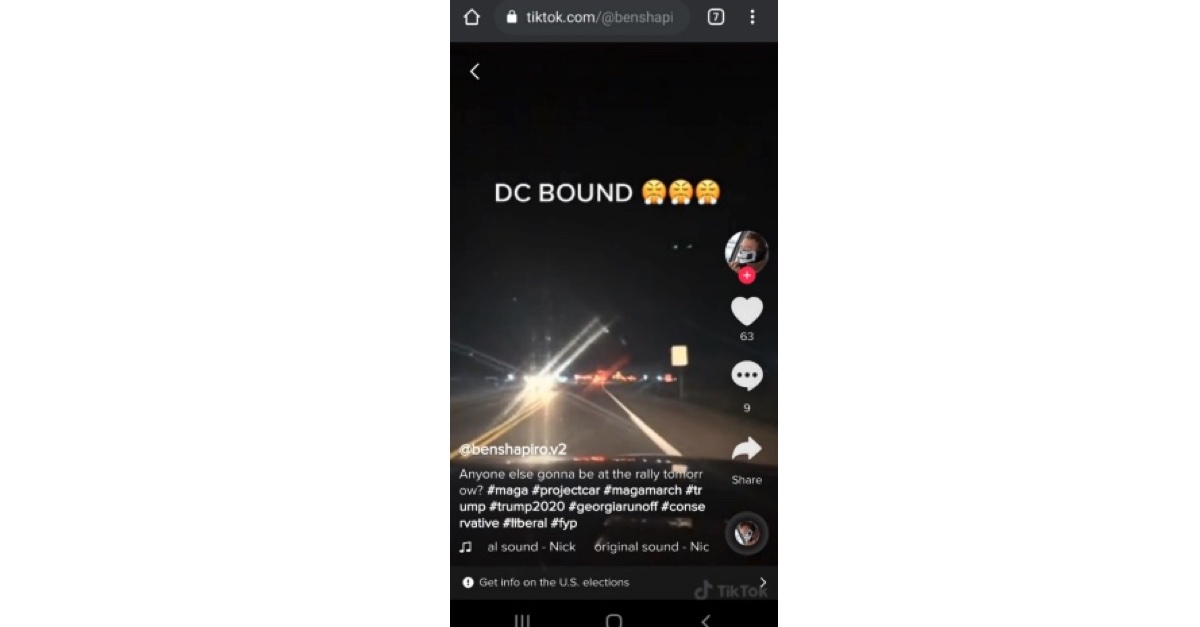 “On or about January 6, 2021, at approximately 10:45 p.m., your affiant checked the @benshapiro.v2 TikTok page and observed a post with a selfie of LATTANZI wearing a brown cowboy hat, a gold Burger King paper crown around his cowboy hat, a brown jacket, a blue and red plaid shirt, and a white flag with black lettering tied around his shoulders like a cape. The caption for the post states: “Met up with the BOOOOYYYYYSSSS,” and tagged the following users: “@paleotrad1776,” “@punishedwurzelroot,” and “@cliffbooth223.” Your affiant took a screenshot of this post, which is depicted in Figure 3, below.”

Lattanzi also included the hashtags “#trump2020” and “#trumpriot” with this post.

Another of Lattanzi’s TikTok posts from that day appeared to show him with a group of men outside the Capitol, including one who appears to be dressed in a colonial-era costume.

According to the statement of facts, Lattanzi was also seen carrying a “white flag with black lettering and a green tree.” A picture of the flag shows what appears to be the phrase “An Appeal to Heaven.”

This particular type of flag, known as the Pine Tree flag, along with the “Appeal to Heaven” motto, is believed to have first been used in 1775 by a squadron of six cruiser ships under George Washington‘s command during the Revolutionary War.

It has since gained popularity as a symbol of right-wing extremism, and has inspired a movement dedicated to “networking elected officials who are believers in Jesus Christ, who regularly attend and display a commitment to an evangelical, Gospel-centered church and who will commit to live and govern based on biblical, constitutional and Federalist principles.”

According to the FBI’s statement of facts, Lattanzi’s own Pine Tree flag was dotted with “blood and mace.” Lattanzi told a friend he was visiting near the Capitol that the blood “was from someone else and was not his.” 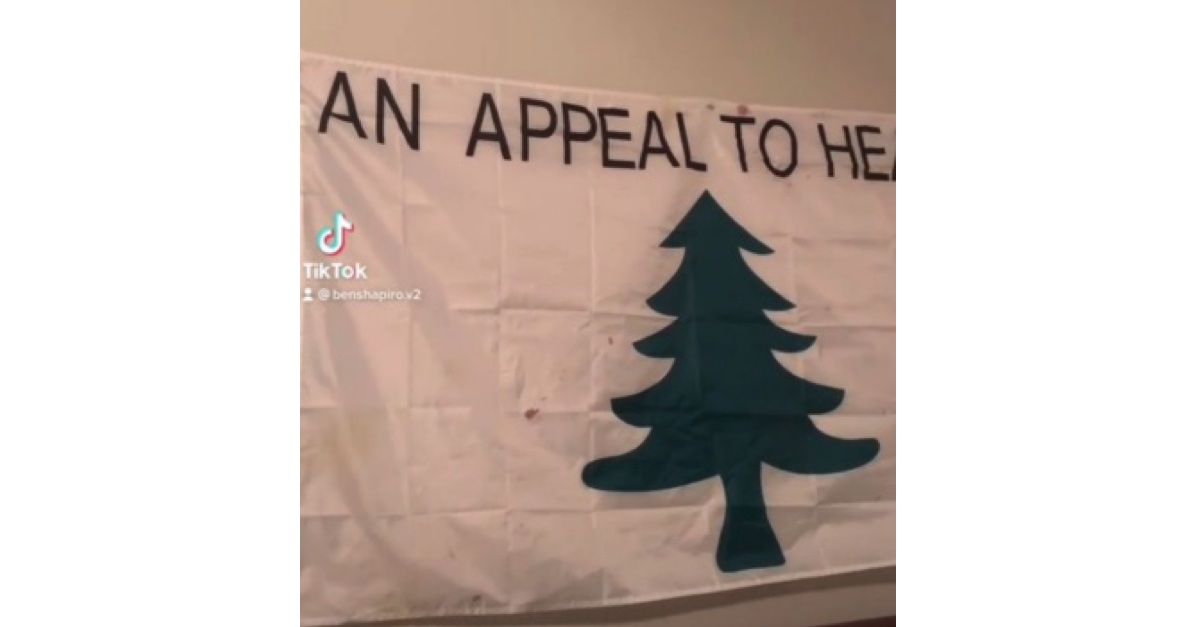 Lattanzi was seen on surveillance video footage entering the Senate Wing Door after it had already been opened. According to the statement of facts, he “walked past a uniformed police officer” who “put his hand in the air, at which point Lattanzi turned around and walked back toward the Senate Wing Door.”

At that point, Lattanzi exited the building through a broken window, apparently at the direction of Capitol Police.

“It appears from the surveillance footage that U.S. Capitol Police “were having rioters, including Lattanzi, exit through the broken window near the Senate Wing Door in order to avoid congestion with subjects still streaming through the doorway,” the statement of facts says.

Federal records did not indicate an upcoming court date for Lattanzi.

You can read the statement of facts below.