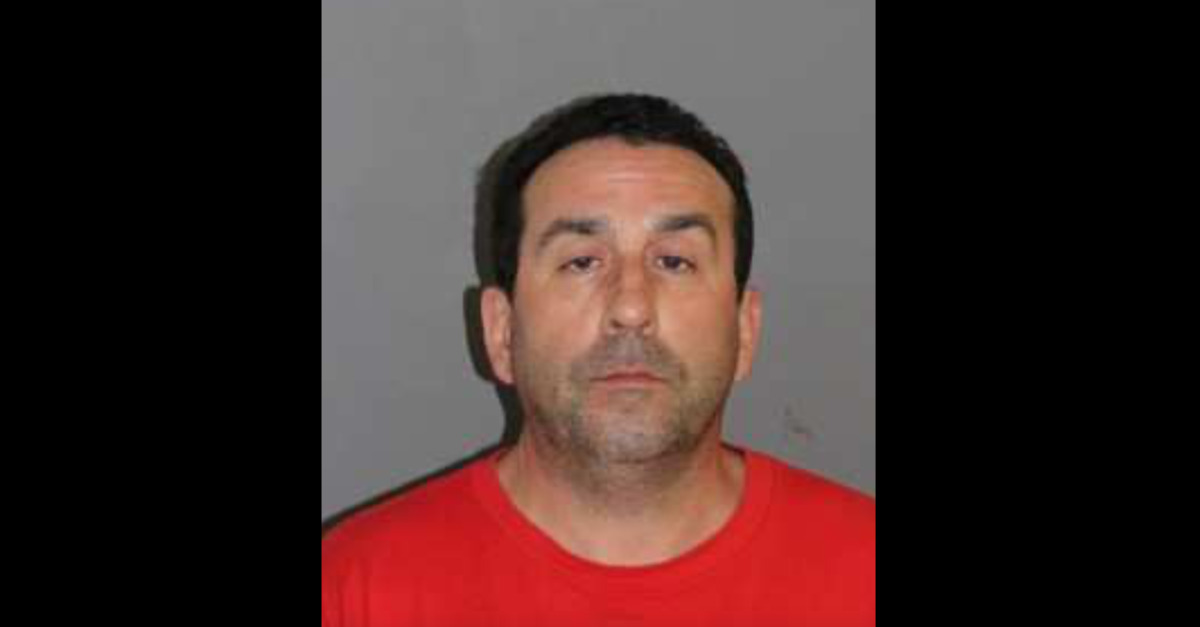 A Massachusetts man was arrested over the weekend after allegedly groping a 13-year-old girl at a family activity center and amusement park in Connecticut.

Daniel Perreault, 49, stands accused of one count of risk of injury to a minor via illicit sexual contact with a victim under the age of 16, one count of sexual assault in the fourth degree and one count of breach of the peace in the second degree over an alleged incident that occurred at Sonny’s Place in Somers, Connecticut, late Saturday night.

According to an arrest report and criminal information obtained by Law&Crime, Connecticut State Troopers were dispatched to the indoor/outdoor minigolf, go-kart, arcade and restaurant complex in response to reports of “a a male who had allegedly inappropriately touched a thirteen year old female at that location.”

“The alleged female victim stated that a male had grabbed her buttocks while at Sonny’s Place,” according to the police report. “The victim’s twenty three year old cousin witnessed the incident.”

The report says that the alleged victim was not injured.

According to the Connecticut State Police, the defendant was identified by his Massachusetts operators license, a form of certification necessary for operating certain heavy machinery in the Bay State.

State Troopers Matthew Burzd and Sergeant Jana Mazzarella noted that Perreault “appeared to be intoxicated” at the time he was approached by law enforcement on the night in question.

The defendant allegedly told police he had no recollection of the incident when questioned. He was subsequently arrested and charged early Sunday morning over the 11:30 p.m. Saturday alleged assault.

The police report notes that Perreault was “transported to Troop C where he was processed according to departmental procedures.”

After being charged, the defendant was granted a cash/surety bond in the amount of $20,000 and released. The dual nature of the bond means it is likely that the cash amount was not paid in full.

If convicted as charged, Perreault could face a statutory maximum of 25 years and six months in prison.

The defendant is currently scheduled for an initial appearance in Rockville Superior Court on Aug. 25 at 9:00 a.m.

It is currently unknown if Perreault is represented by an attorney. A Law&Crime review of Connecticut state court records shows the pending case against the defendant has yet to be docketed or assigned to a judge.