John Sipos May Die in Prison for Murder of Mary Scott

‘Mary Was the Kindest and Gentlest of Us’: Former Navy Sailor Sentenced to 7 Years to Life in Prison Over Brutal 1969 Cold Case Murder of Dancer 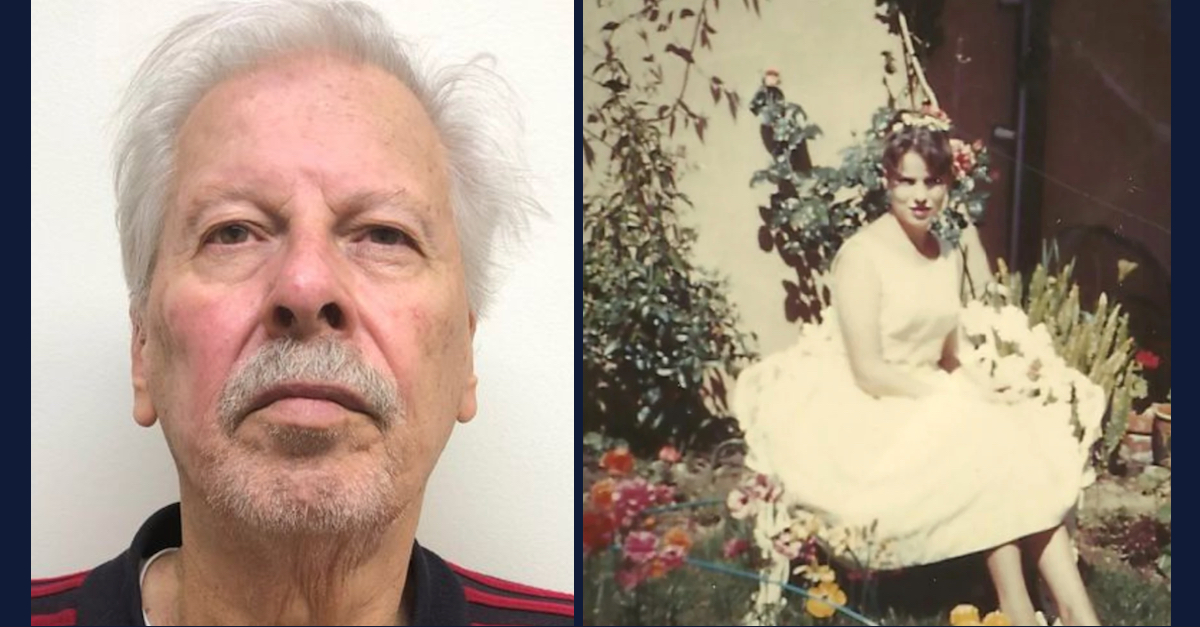 Mary Scott was just 23 years old in 1969 when an assailant kicked down the door to her apartment and strangled her to death. Now, the man who killed her has been sentenced to seven years to life in prison.

John Sipos, 76, was convicted of murder in the first degree by a jury in San Diego late last month. Prosecutors in the case alleged that the former Navy man raped his victim before murdering her, but the statute of limitations tolled on the sexual assault crime decades ago.

The potentially brief nature of the sentence is a function of California law which only allows for sentencing based on the maximum possible punishment on the books at the time a crime was committed.

On Nov. 20, 1969, Scott failed to show up for work at the nearby Star & Garter club, where she was a go-go dancer. A friend stopped by to check in on the mother of two and discovered the worst.

The friend who found the deceased woman saw an apartment in shambles. Furniture was overturned. An ashtray was smashed to pieces. Scott was nude and laying on the floor–her nightgown had been ripped off. Her jaw was broken. Two detectives would break the news to her parents later that night in Los Angeles County.

“It was night and the doorbell rang, which was odd,” Scott’s sister Rosalie Sanz told San Diego NBC affiliate KNSD. “There were two men wearing suits at the door and I thought this can’t be good.”

Sipos was identified as the killer by DNA left at the scene of the crime. Authorities also relied on the relatively recent field of forensic genealogy, also known as genetic genealogy, which uses genetic information to link suspects to potential relatives by using consumer DNA databases to shore up their investigative efforts.

That technology has led to dozens of cold cases being solved in numerous states since it was used to identify the long-elusive Golden State Killer in 2018, according to The San Diego Union-Tribune.

San Diego police announced the arrest of Sipos in Schnecksville, Pennsylvania, in October 2020. The cold case, previously abandoned after police said they “exhausted all leads,” was reopened earlier that year after pleading and prodding from Sanz about the potential offered by new DNA methods.

“It’s good for families not to give up,” Sanz told the Los Angeles Times at the time the defendant was arrested. “This guy got to live 51 years free and easy and she got those 51 years taken from her.”

Sipos had just left the Navy at the time he murdered Scott. During the trial and sentencing, his attorney said the age of the case precluded a vibrant defense due to the lack of availability of witnesses. The defense also argued that evidence pointed to another suspect. Jurors didn’t accept that narrative. Deliberations took just about one day.

“[Sipos] has been able to avoid accountability for his crime,” a prosecutor said during sentencing proceedings last week, according to a report of the hearing by KNSD. “It’s been a long time coming.”

Scott’s daughters didn’t live with her at the time she was killed. One of them died in a car crash in 1993.

Wyble also directly addressed her mother’s killer directly at the hearing, saying: “I want John Sipos to know he has taken everything from my sister and I.”

While “thrilled” about the way the case ended—finally closing, after years without a word—Sanz, Scott’s sister, would now like people to remember what exactly their family lost when they lost her that awful night.

“Mary was the kindest and gentlest of us,” Sanz told San Diego Magazine in an October 2021 story that aimed to “finally reclaim” Scott’s humanity and memory from the spate of cold case murder headlines.

“She was a very positive, very pleasant presence,” Sanz said.