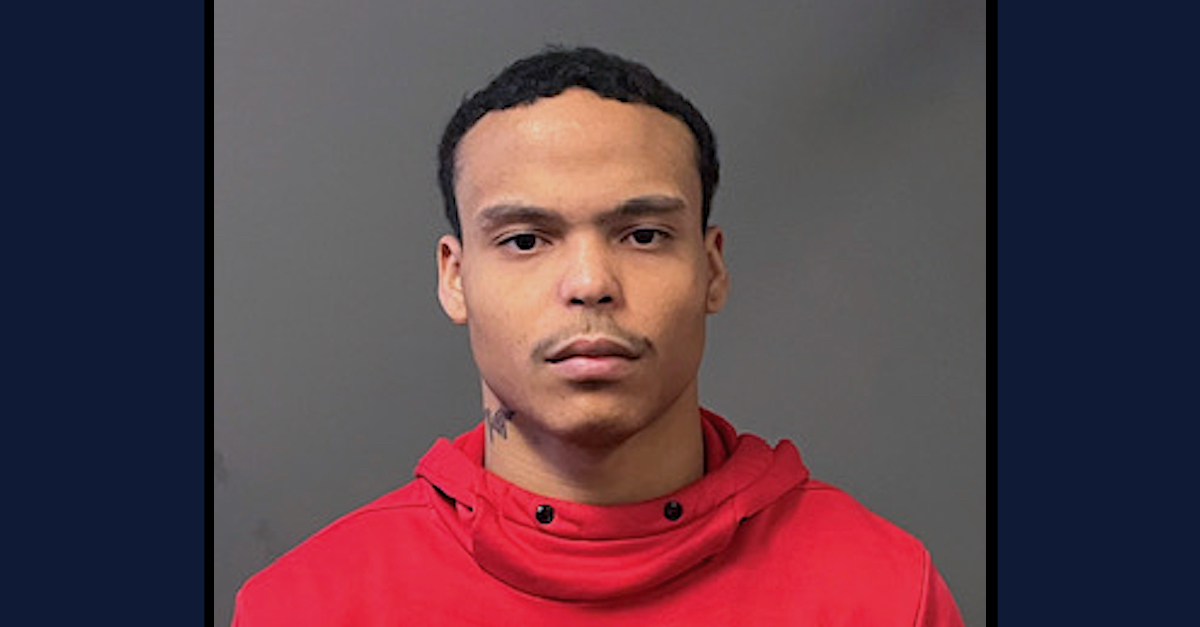 A Connecticut man and a teenage boy have both been arrested and charged with kidnapping a 64-year-old woman from a grocery store parking lot, beating her, using her cards to withdraw money, and then torching her car after ditching it on the other side of the metropolitan Hartford area.

Kenneth Gordon, 20, of Love Lane in Hartford, Conn., was arrested along with a 16-year-old juvenile male, according to the Connecticut State Police.

State police said last September that the 64-year-old victim “had exited the business and was entering her vehicle when she was approached by two males demanding money.”

“The two males, who were wearing COVID style face coverings, proceeded to abduct the female, assault her and rob her,” the state police said at the time. “The female was driven to the Town of Berlin by the two males, where she was eventually released.” 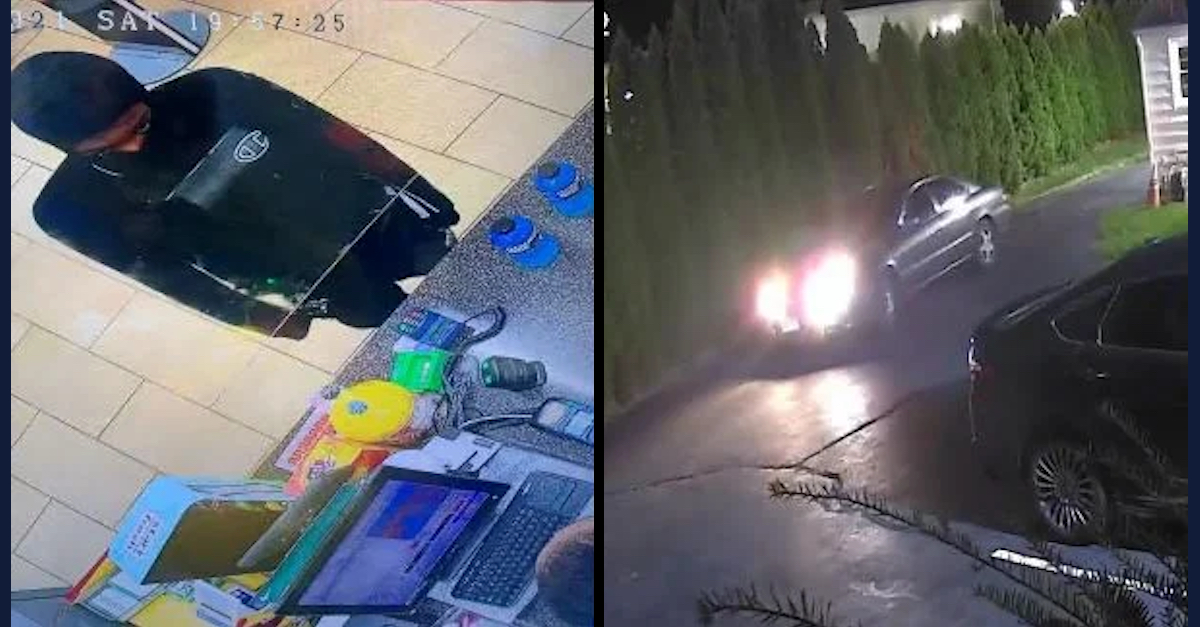 Connecticut State Police released this image last year of one of the suspects in a Marlborough kidnapping. Also shown is an image released by the police of the car the suspects were believed to have driven.

The original kidnapping occurred at the Big Y grocery store on Route 66 in Marlborough around 7:00 p.m., state police added in a press conference. The victim was putting her groceries into her car when “two young Black males wearing masks approached her and demanded money,” the state police said.

“The suspects proceeded to throw her in the back seat of her vehicle,” the state police continued. “They displayed a handgun, placed a bag over her head, and assaulted her by hitting her with an object in the face several times.  The two males then stole the victim’s vehicle. ”

State police said that the kidnappers used the woman’s credit and/or debit card to withdraw money from an ATM at the DND Food Mart in East Hartford — about twenty minutes to the north.

The suspects then drove the victim to the Town of Berlin — another 20 minutes to the southwest — where they threw the victim out of her car, drove it behind a building, and lit the car on fire, the state police said.

The state police said the woman was taken to a hospital “for serious, but non-life threatening injuries.”

State Police Sgt. Dawn Pagan added the “heinous” incident “really rattled the community.” She said that the two people charged in connection with the incidents had been in custody for quite some time — apparently on unrelated charges — but that formal charges in the kidnapping case took a significant amount of time to establish.

Pagan suggested that the duo may have torched the car in a feeble attempt to cover up their involvement in the crime.

She also credited a “multi-agency effort” for the charges.

Gordon is locked up on a $1 million bond and was scheduled to appear in court on Wednesday; the teen is jailed at a juvenile detention center and was also scheduled for a Wednesday court date, the state police said.

The arrest warrants are sealed, according to the state police, who cited the orders of a Connecticut superior court judge.

[all images via the CT state police]