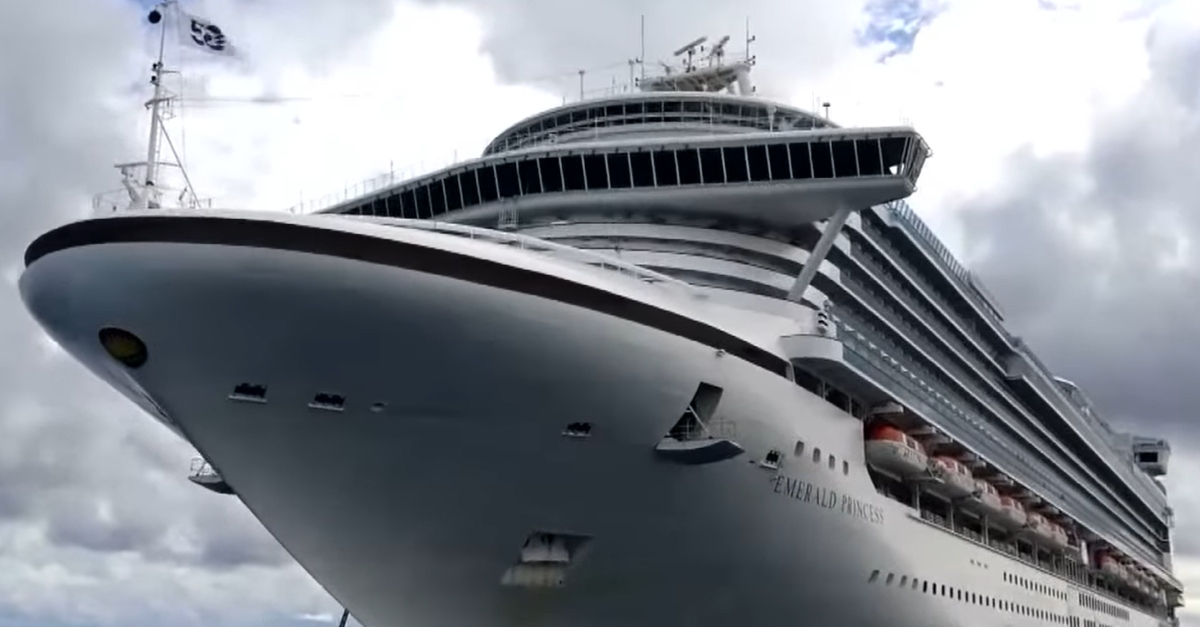 A man was sentenced on Thursday to 30 years in prison for murdering his wife on a cruise they went on with their daughters and other family members.

According to the plea agreement, Kenneth Manzanares, a 43-year-old Utah man, beat 39-year-old Kristy Manzanares to death while the Emerald Princess cruise ship was en route to the city of Juneau on July 25, 2017. The couple had been arguing about Kenneth’s behavior and Kristy asked for a divorce. The defendant told their two daughters in the room to leave.

Kenneth Manzanares’ actions were “triggered by his wife telling him she wanted him to leave the cruise ship and that she wanted a divorce,” prosecutors said. https://t.co/cfTE2yllWi

The documents described the crime in detail:

The 22-year-old daughter went to get help. Kristy’s two brothers and their father arrived to find the defendant pulling her towards the balcony by her legs. One of the brothers grabbed the victim and took her back into the room. Security arrived. Kristy was pronounced dead at the scene.

“In 2017 Kenneth Manzanares brutally murdered his wife Kristy Manzanares while on an Alaskan cruise with their three daughters and extended family members,” said Acting U.S. Attorney Bryan Wilson of the District of Alaska. “This was not a random act of violence but a chilling neglect for human life for which he will serve 30 years in federal prison, where there is no parole ever. While today’s sentence will not bring Kristy back to her family and friends, we hope it provides a sense of justice for this heinous crime and brings some closure to those who knew and cared about her.”

A witness cited in a probable cause statement recalled Kenneth Manzanares saying, “She would not stop laughing at me.”

Kenneth Manzanares told witnesses he killed his wife because she “would not stop laughing at (him),” according to documents filed in court. https://t.co/keL7RyQpvm

The defendant pleaded guilty to second-degree murder. His defense blamed the murder on contact sports-related brain damage, bipolar disorder, and mood disorders inflamed by a “history of testosterone supplementation.”

Prosecutors pushed for a life sentence.

“No excuse can justify the savagery committed by this man, who will now spend the next three decades behind bars,” said Robert Britt, Special Agent in Charge of the FBI Anchorage Field Office, in a statement on Thursday. “The FBI worked tirelessly, with the support of our partners, to seek justice for Kristy – a beloved mother, daughter, sister and friend. While justice has now been served, the lasting impact and trauma this man inflicted on Kristy’s family can never be erased. Our thoughts are with Kristy’s family and her home community.”