Man Left United States After Murdering Wife, Only to Return More Than a Month Later: Police 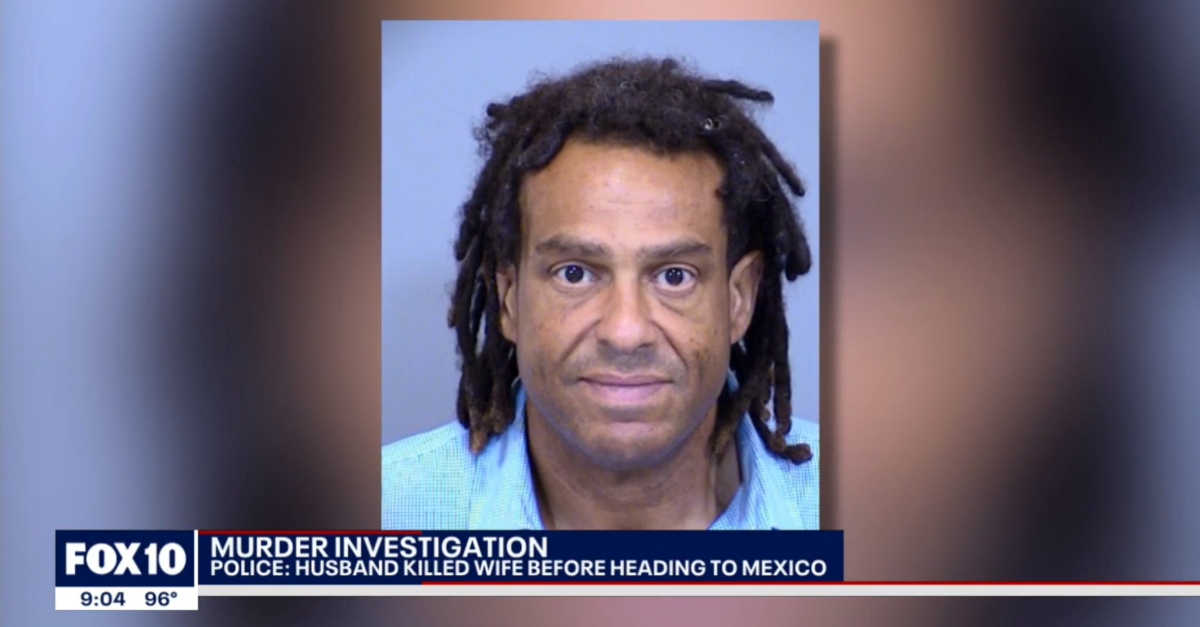 A man has been arrested after allegedly murdering his wife. Shaun Michael Schulte, 52, allegedly left the United States after killing Amy Jo Schulte, 49, but authorities did not have to cross borders to catch him. He returned, investigators said.

April 4 was the last anyone saw Amy Jo Schulte alive, according to investigators in a KSAZ report. Her boss, mother-in-law, and a neighbor each ended up making calls for a welfare check. Police said they found Schulte dead in her apartment on the April 6. She had sustained blunt force trauma.

The Mexican Consulate called Schulte’s mother and said her daughter’s car was in Mexico, according to court documents obtained by the outlet. It was damaged and disabled. But her husband’s whereabouts were unknown.

That allegedly changed by May 19. A customs agent spoke to him at Miami International Airport, authorities said. Defendant Schulte allegedly was heading back to Phoenix after going to Mexico, Colombia, and Haiti.

Officers arrested him in Chandler, Arizona. He faces charges including second-degree murder, and tampering with evidence.

According to cops, Amy Jo Schulte sent a person texts in late March about Shaun being physically and verbally abusive.

They had married in December.

“I knew when she told me they got married, something would happen. I just knew it,” Amy Jo Schulte’s mother Terri Winters reportedly told KSAZ.

“She was a brilliant person,” he told the outlet, with his current wife Kristy at his side. “IQ, I think 160 plus, and I think it’s a tragic loss that she’s gone.”

“They were talking all the time, and they were planning to see each other, and she was planning to come out when he graduates next year from college, and he stole all that from Matthew,” she said.