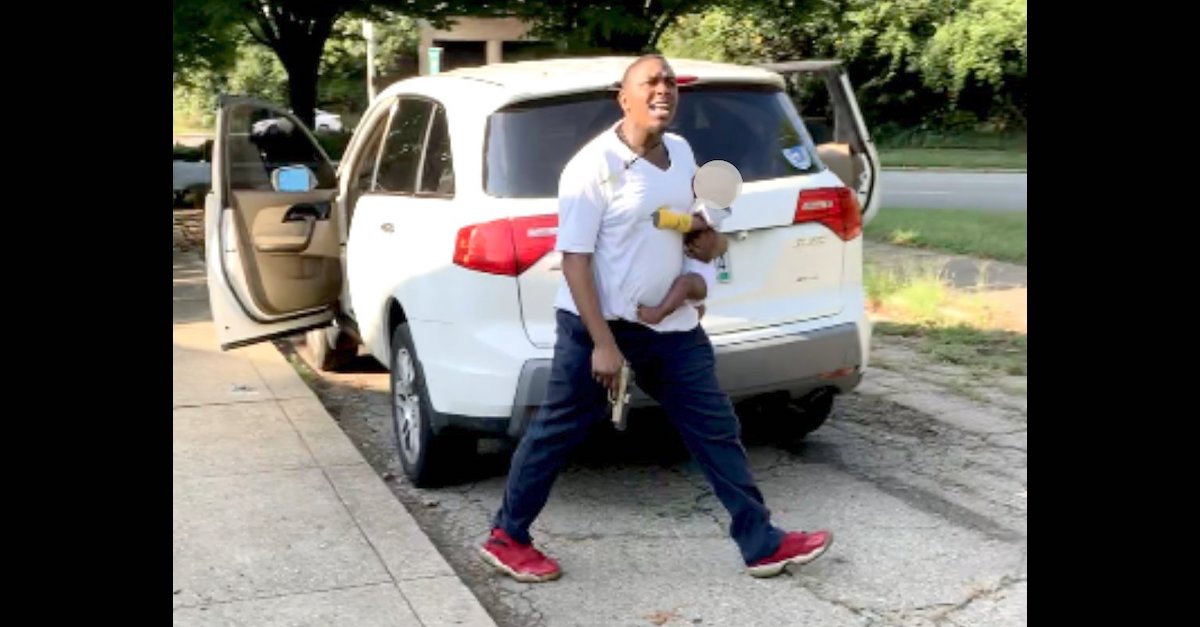 A man is facing assault, weapons, and child endangerment charges after police in Cincinnati, Ohio say he pulled a gun and fired shots while holding a child as retribution for an acquaintance who was in minor car crash.

Police say Ladon Penn, 31, was originally charged with felonious assault, child endangerment, and weapons under disability.  Video from the scene captured Penn holding and firing a gold-colored handgun while carrying an unidentified infant. The police department disseminated several screen shots from that video via Twitter. 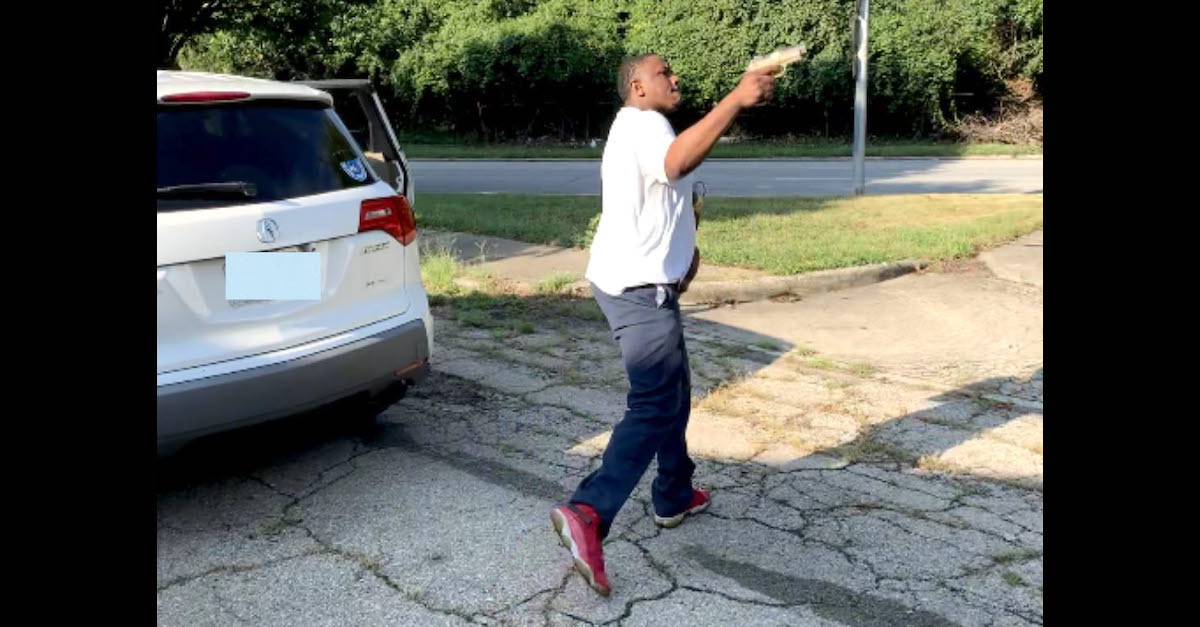 According to a police press release, a 54-year-old woman who was allegedly victimized told officer that “she was in a minor, non-damage car crash” with a second woman.

“I’m gonna go get my man, you better go get yours,” the second woman allegedly told the 54-year-old woman.

Both women left the scene.

About thirty minutes later, the police say the second woman returned with Penn.

“Penn walked out of his car, walked into a home, and reappeared with a gun,” the police said. “Mr. Penn then start[ed] firing shots at the victim [the 54-year-old woman] and two other women with her. One round ricocheted and grazed the victim.”

The 54-year-old woman suffered what the police called a “minor gunshot wound to her forearm.”

“She was treated and released at the scene,” officers said.

Penn and the second woman — his apparent acquaintance — then took off.  Officers caught up with them a short time later and recovered a 9mm handgun they believe was used in the incident. 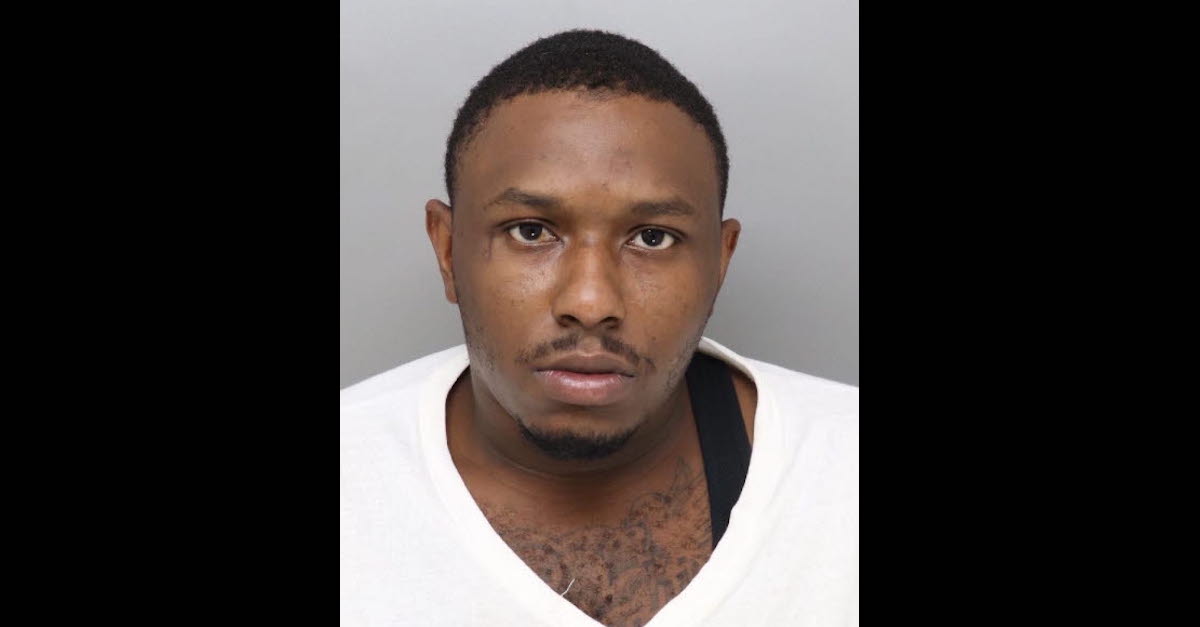 Court records suggest that Penn is charged with three counts of aggravated assault in connection with the Sept. 1st incident — likely because he’s alleged to have fired toward the 54-year-old woman and others standing near her. The court documents themselves are not available in an online court portal because they may contain “sensitive information,” a note attached to the case indicates. Penn’s attorney of record of a law firm in nearby Covington, Ky., Bradley Fox, did not immediately respond to a request for comment about the case from Law&Crime on Friday morning.

The same defendant appears to have faced assault charges in 2010, a drug possession charge in 2012, and stolen property, weapons, and drug possession charges involving heroin and cocaine in 2013. He was also accused of a plethora of other drug-related charges in 2016, court records indicate. The 2016 incidents involved charges of heroin trafficking, heroin possession, possessing weapons while under disability, improperly handling firearms in a motor vehicle, and carrying concealed weapons, but some of those charges were dismissed in return for a guilty plea on some of the other charges.

[all images via the Cincinnati Police Department]