Joseph Beam Sentenced for Murdering His Father on Halloween 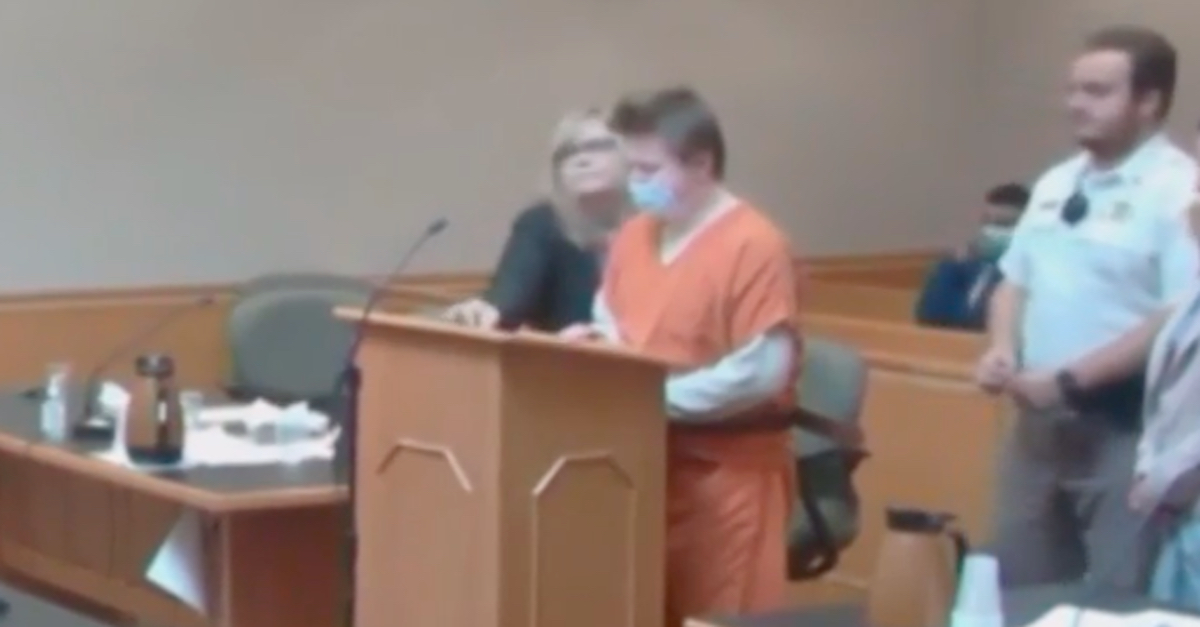 Joseph Beam addresses the court during his sentencing hearing.

A New Hampshire teen was sentenced to spend at least a half-century behind bars after he admitted to brutally murdering his father with a hammer on Halloween night in 2019.

Joseph Beam, 19, of Antrim, was handed a sentence of 50 years to life in prison on Monday for killing his father Jason Beam, 41, just over two years ago by repeatedly striking him with a hammer and stabbing him with a knife, ABC affiliate WMUR-TV reported.

The New Hampshire Attorney General’s Office said that Jason Beam’s cause of death was “multiple sharp and blunt penetrating injuries of the head, neck, and chest.”

Joseph Beam’s attorneys, public defenders Hanna Kinne and Pamela Jones, had previously filed documents with the court arguing that their client was “suffering from a mental disease or defect at the time he allegedly assaulted his father,” according to a report from the Peterborough, N.H. Monadnock Ledger-Transcript. The Dec. 11 filing alerted the court that Beam was mulling the possibility of presenting a defense that the charged conduct was “the product of a mental disease or defect.” However, with his trial scheduled to start next year, Beam opted to strike a deal with prosecutors.

“It’s hard waking up every day knowing you’re the reason why your dad is gone,” Beam reportedly said during the sentencing hearing. “I would do anything in this world to have my dad back. He means a lot to me. Every day, I worry about him. I don’t know where someone goes after they die, but I hope I can see him again someday.”

He also apologized to those who were harmed by his actions.

“I’m truly sorry for everyone I have hurt. I hope I can have another chance at life in the future. I love you mom, I love you Jimmy. I love you dad,” Beam reportedly said.  “Every time I’m in a quiet place, I talk to my dad. I really hope he can hear me. I miss him so much.”

According to a report from the Keene Sentinel, the Antrim Fire Department responded to a call about a reported structure fire inside Jason Beam’s house located in the 1700 block of Gregg Lake Road on the evening of Oct. 31, 2019. The call said there was a fire in the home and someone was still inside. Upon entering the residence, Jason Beam’s body was discovered and police were called.

A then-17-year-old defendant Beam was taken into custody by police the next day, on Nov. 1, 2019. Immediately after his arrest, Beam reportedly told investigators that he had been planning to murder every member of his family, but said he “lost motivation” to continue killing after viciously bludgeoning and stabbing his father to death.

Beam, who was indicted on by a Hillsborough County Grand Jury on one count of first-degree murder in September 2020, had been held without bond since his initial arrest.

Beam’s mother, Julie Patten, also spoke at the sentencing hearing and said she believed her son was not in control of his actions the night he killed his father.

“The actions of Joey that night were not the actions of the son I bore, I nurtured, and I loved,” Patten reportedly said. “His actions were the manifestations of a delusion. Symptoms that were so distressing to himself, that he was afraid to tell Jason or me.”