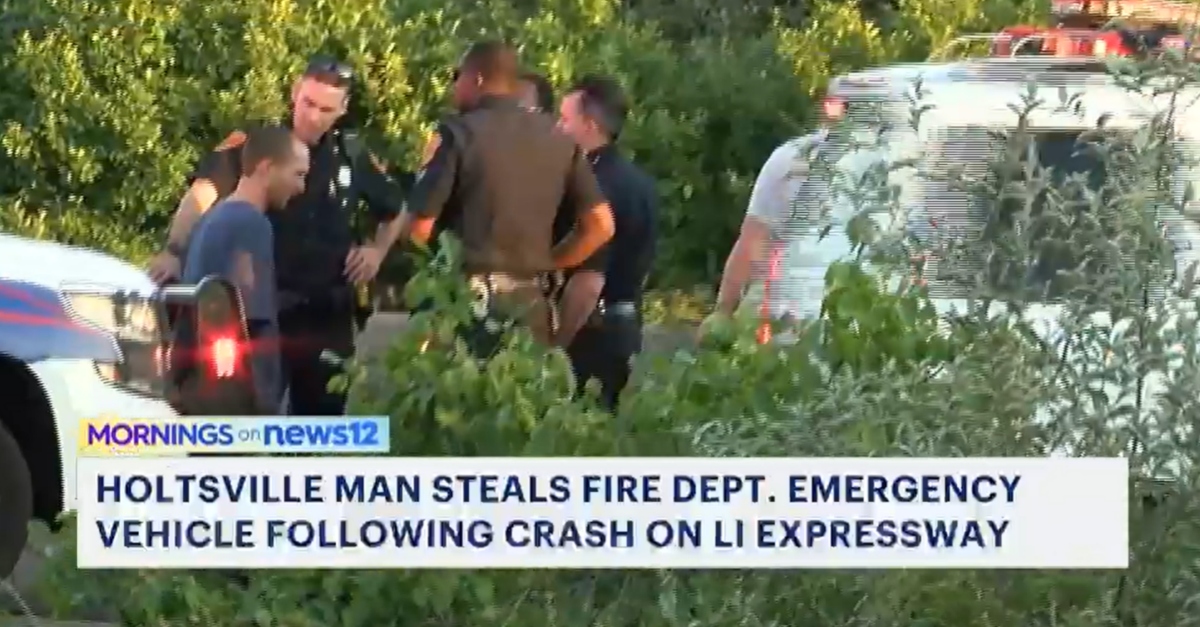 A man stole a fire department vehicle and fled after getting into a car crash, say police out of Yaphank, New York, on Long Island. Jaime Alexander Brayton, 33, was arrested Saturday, according to NBC New York.

He’s reportedly a New Hampshire resident, but he was down in the Empire State when he allegedly crashed into several other vehicles.

This disabled the car he was driving, “along with multiple other vehicles, at 6:26 p.m.,” cops said, according to Patch.

He entered through the driver’s side and drove off, cops said. An officer, identified in a News 12 Long Island report as Matthew Corchia, got hurt reaching an arm into the truck to attempt to stop Brayton. Brayon drove forward, injuring Corchia’s arm, cops said in the News 12 report.

Corchia went to a local hospital for a minor shoulder injury, according to News 12.

Officers did not release more information on how the original crash happened, Brayton’s alleged motive for stealing the fire department vehicle or explain why he was in New York state.

He was being treated for minor injuries at the same hospital Corchia went to, according to Patch. Brayton was set to be arraigned after he got out of the facility, cops said.