Grandpa Punched This Sexual Abuser After Catching Him Pants Down with 5-Year-Old Girl: Cops 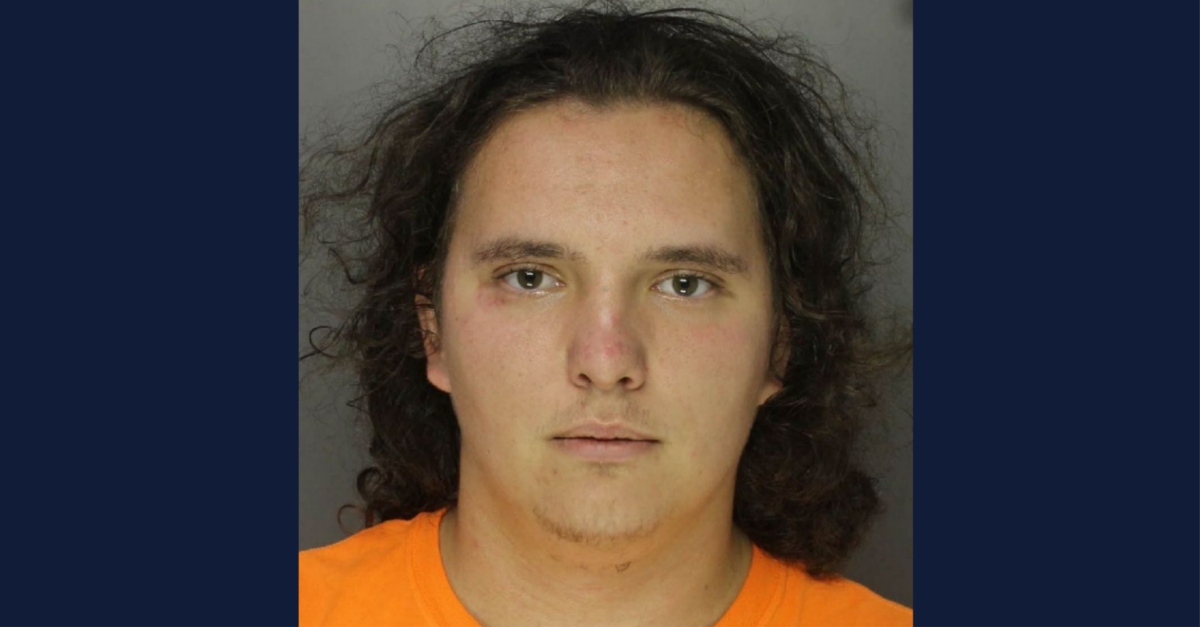 A man got caught abusing a young girl, according to cops out of Middletown, Pennsylvania. Officers identified the defendant as Aaron Michael Cunagin, 22. He was arrested Wednesday for rape of a child less than 13 years of age, indecent assault, unlawful contact with a minor, corruption of minors, and indecent exposure.

But minutes later, as two other children were playing in the living room, the older man thought it was too quiet from the bedroom, cops said. He checked again. This time, Cunagin was allegedly between a crib and a bed in the far right corner of the room with his pants down, his genitals exposed. The 5-year-old girl’s pants were also down, cops said. Her genitals were allegedly also exposed.

According to cops, the grandfather said he punched Cunagin and yelled at him. The noise woke up a woman in the apartment, who said that Cunagin told her he was sorry for what he did and that he had “blacked out,” cops reportedly said.

Cunagin allegedly told cops at the police station that his shorts had accidentally been pulled down by his knee when he stood up.

Eventually, as police told him to be honest, he said the child pulled her pants down, officers said. He said that feeling “numb,” he pulled his pants down as well, according to this version of events.

“It just went through my head,” he allegedly said in the Penn Live report. “I was back and forth with myself. I just felt numb. I just sat there with it in my hand.”

According to cops, however, the girl said this had happened five times before.

Cunagin allegedly denied that. He remains at the Dauphin County Correctional Facility on a $150,000 bond.