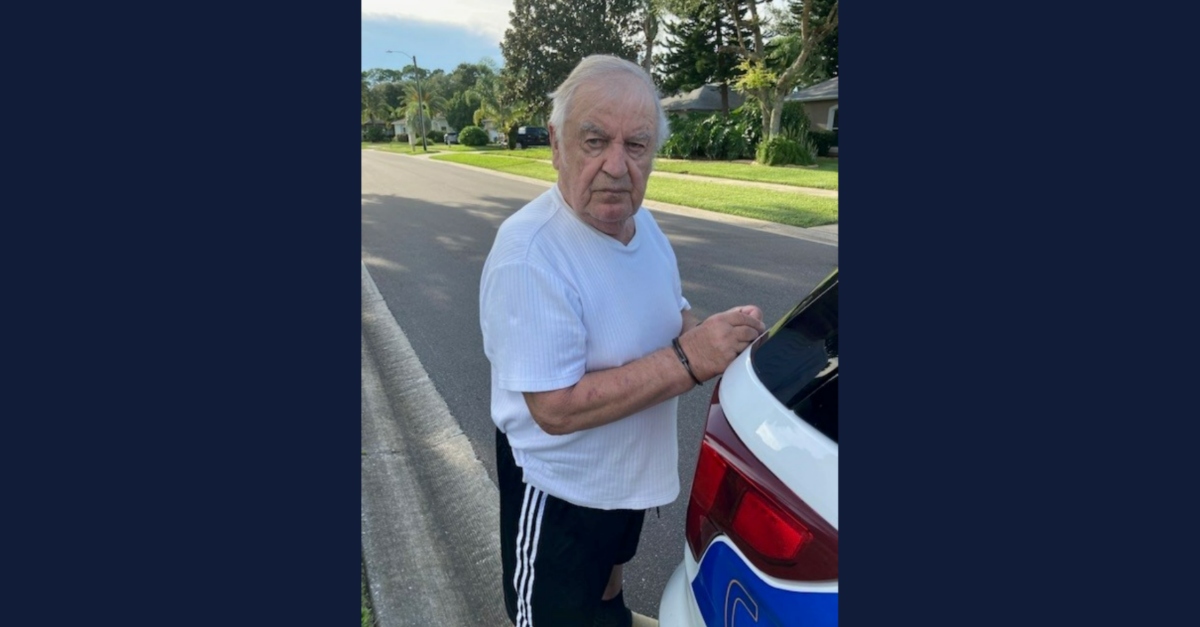 A man tried to purchase a girl for $100,000 at a local grocery store, according to cops out of Port Orange, Florida. Hellmuth Kolb, 85, was already on the sex offender registry for a 2018 charge of false imprisonment of a child under age 13, having pleaded nolo contendere in that case, records show.

“On August 25, 2022, after a thorough investigation, The Port Orange Police Department’s Special Investigations Unit (SIU) responded to Sterling Chase Drive in Port Orange,” cops said in a statement to Facebook. Officers arrested Kolb there, they said.

According to police, Kolb back on Aug. 16 was at a local Winn-Dixie grocery store.

“While at that store, on that date, Hellmuth Kolb attempted to purchase a female minor child for $100,000.00, from her parent,” officers said. “Due to the parent’s clear concern that someone was insistent on attempting to purchase their daughter in a grocery store, we were notified. Unfortunately for him, we were able to confirm through his Probation Officer that Mr. Kolb is currently on probation for similar issues, and he is not to have any contact with minor children.”

Lauren Benning said she first believed Kolb was only a lonely old man when he talked about her 8-year-old daughter at the Winn-Dixie, according to WESH.

“He just came up and he started making comments about how pretty she was and how good her dancing was and how he could never have children and he wanted children,” she said.

That allegedly changed after he found them outside the store.

“Approached me in the parking lot,” she reportedly said. “Actually chased me down in the parking lot and said, ‘Hey, I want to make a deal with you. I’d like to buy her for $100,000.’ I was in complete shock.”

Benning said her daughter no longer wants to go grocery shopping with her.

In the 2018 case, Kolb ended up being sentenced to five years of probation for grabbing another girl at a Walmart, kissing her wrist and offering to purchase her for $200,000, according to the outlet.

As for the new allegation, cops are still investigating and want to know if anyone else had similar encounters with him.

“If you have had similar contacts with Hellmuth Kolb, please contact Detective Nugent at 386-506-5894 or [email protected],” cops said. “We would appreciate any additional information that can be provided.”

Kolb remains without bond at the jail in Volusia County, Florida, for allegedly violating probation in the 2018 false imprisonment case.