Man Allegedly Cut Off Grandfather’s Ears, Said He Wanted Him to Join Grandmother in Death 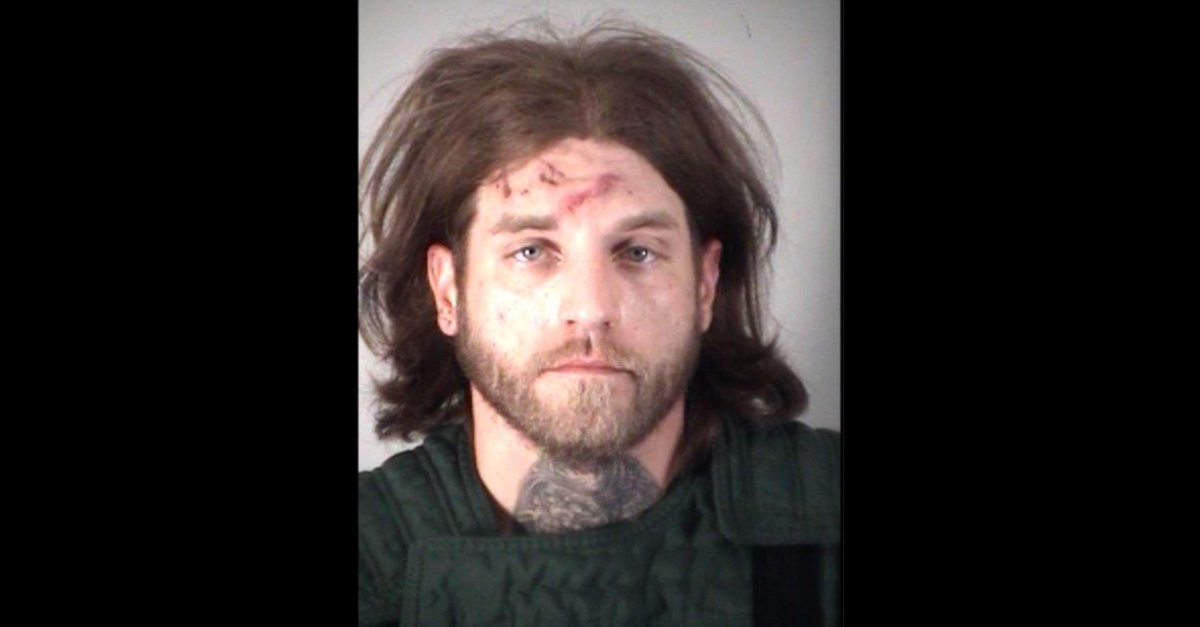 A man in Lake County, Florida allegedly cut off his grandfather’s ears in a grisly murder, saying he wanted his victim to join with his late grandmother. Kolby Allen Parker, 30, was arrested Saturday night, according to booking records viewed by Law&Crime.

Deputies say they responded to a stabbing report at about 6:40 p.m. They found the victim Ronal Wells Sr., 77, dead on the front porch of the home, according to the redacted affidavit.

In this story, investigators did not have to look far for the killer. Parker stood right next to the body, with bloody hands and arms. The defendant allegedly asserted he and his grandfather were smoking marijuana on the front porch, and argued. Parker, who suggested there was something in the drug, claimed his grandfather attacked him with a knife. The defendant, claiming to act in self-defense, took the weapon, and killed the older man, in this account.

Wells’ injuries were horrifying in every sense of the world. This included:

According to deputies, one of the law enforcement officers performed a pat down, and noticed something firm, but soft to the touch in the defendant’s pockets. The deputy did not take out these objects. As part of the investigation, Parker was asked the whereabouts of his uncle Ronal Wells Jr., authorities said. The defendant allegedly took out two bloody human ears from his pockets.

“This is where he is,” Parker allegedly said.

It was not his uncle’s ears. Deputies said these belonged to Wells Sr. Parker allegedly gave the ears to a deputies, but officials described him as otherwise violent during the arrest. He grabbed for a taser and gun, and also kicked, punched and headbutted the three deputies apprehending him, according to this account.

Authorities noted an apron hung on the suspect’s bedroom wall. It read, “The Family Butcher,’ and had plastic, bloody ears attached, deputies said.

In a post-Miranda statement, Parker allegedly said he and his grandfather were smoking marijuana. The defendant admitted to attacking Wells with a baseball bat, and stabbing him with a butcher knife, deputies said. He allegedly cut off the man’s ears, but denied cutting the arm.

Parker also allegedly detailed a motive. He said he wanted his grandfather to be with his late grandmother, deputies said. It was time to go, the defendant allegedly asserted.

It is unclear if Parker has an attorney in this matter. He is being held without bond at the Lake County Jail on a count of second-degree, two counts of battery on a law enforcement officer, and two counts of resisting arrest with violence.