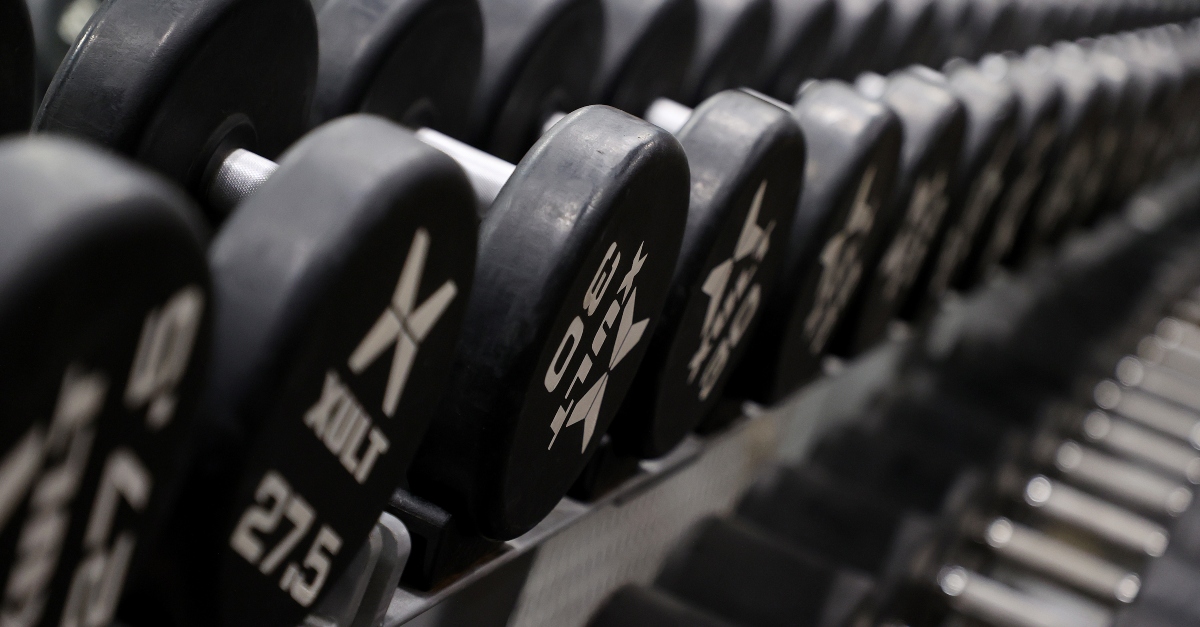 Unrelated dumbbells at a gym in West Islip, New York.

A man is accused of collecting disability benefits even though he owned a limousine company, and started bodybuilding. Anthony Ragusa, 50, was arrested Thursday, and charged by the office of the New York attorney general.

The defendant, a resident of the town of Huntington, applied for benefits in 2013, claiming he was injured badly while on the job as an electrician. He could not bend over to put on shoes, walk for more than 15 minutes, sit for more than 30 minutes, and was in so much pain he could not work at all, he allegedly said.

But documents from the state Department of Transportation and minutes from a town hearing in 2012 showed that Ragusa owned the White Star Limousine company in New Hyde Park, the office said. On top of that, video and pictures from his wife’s Instagram account showed that he began bodybuilding in 2017. Prosecutors described him as being an “avid weightlifter,” depicted “lifting heavy weights.”

Ragusa asserted from January 2015 to 2020 in hearings and written reports that he was eligible for benefits even though he had a business and lifted weights, the office said. All told, he allegedly defrauded the state of more than $200,000.

“Disability benefits exist to help those who need a safety net when their bodies cannot fulfill day-to-day obligations,” said state Attorney General Letitia James. “While cheating the state out of thousands of dollars, Anthony Ragusa was simultaneously running a business and posing for pictures of his bodybuilding on the internet. Fraudulently collecting these benefits was not only a shameful slap in the face to those who actually live with disabilities, but a vast waste of taxpayer dollars. My office will not hesitate to pursue those who defraud our system and saddle our state with debt.”

Ragusa was arraigned Thursday on a count each of grand larceny in the second degree, and offering a false instrument for filing in the first degree. Law&Crime reached out to his attorney of record for comment.