The younger of the two teenage girls charged in the murder of Mohammad Anwar has pleaded guilty to committing the crime. The 13-year-old defendant pleaded guilty to second-degree murder on Thursday, a D.C. Superior Court spokesperson confirmed to Law&Crime.

Anwar was a 66-year-old Uber Eats driver who was thrown to his death from his car during a carjacking in broad daylight back in March. The Pakistani immigrant, father, and grandfather was a hard-working man who “came to the United States to create a better life for him and his family,” a GoFundMe campaign started on behalf of the victim and his family said.

In May, the younger teen’s 15-year-old co-defendant pleaded guilty to felony murder. The teens, both from Fort Washington, Maryland, were recorded on March 23 climbing out of Anwar’s wrecked vehicle as the victim lay dying on the sidewalk.

The two girls had attacked Anwar using a Taser and attempted to drive off with his car near Nationals Park, Washington, D.C. cops said. As seen on video, Anwar held on for dear life between the driver’s seat and the open door as his vehicle sped down the street. The car very loudly crashed, tipping over onto the driver’s side. The suspects climbed out of the open passenger door.

Both of the suspects were quickly taken into custody by police after at least one National Guard member kept them at the scene.

The 13-year-old was allegedly more concerned about her cellphone than Anwar’s life. 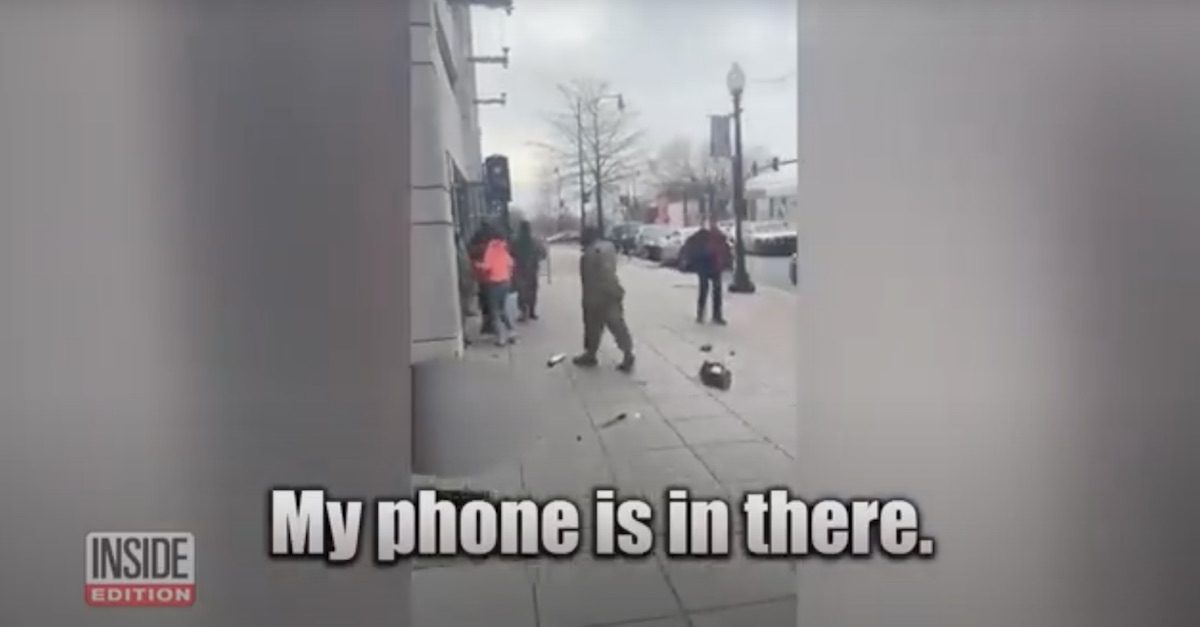 “He’s got my cellphone!” she reportedly shouted. Similar quotes like “He has my phone” and “my phone is in there” have also been reported.

A disposition hearing in the case of the 13-year-old is reportedly set for July 6. The 15-year-old is scheduled to be sentenced on June 4. The defendants, who have not been identified in D.C. because they are charged as juveniles, face the prospect of single-digit years in juvenile detention and being released at age 21.

JUST IN: 13-year-old girl pleads guilty to second degree murder in fatal carjacking of UberEats driver, Mohammad Anwar. Prosecutors dropping other charges. The maximum sentence would see her released when she turns 21. Sentencing scheduled for next month. pic.twitter.com/US3IU4FFbC