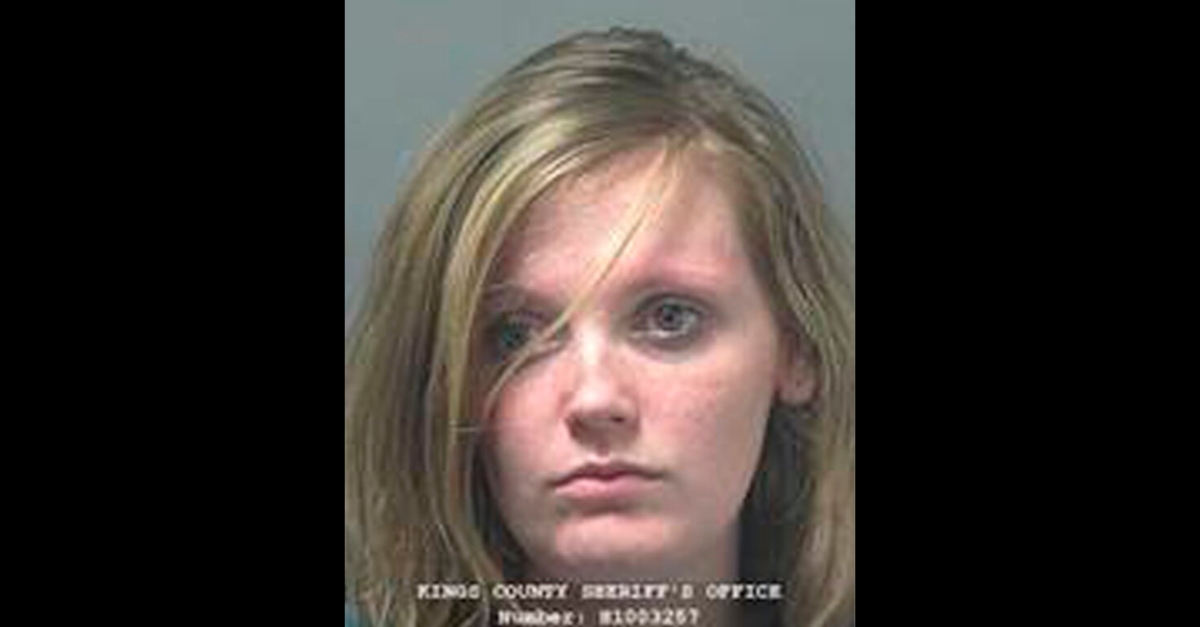 As far as California courts are concerned, 26-year-old Chelsea Becker is a free woman. A judge on Thursday dismissed the murder charge that was brought against Becker for allegedly using meth before the stillbirth of her son, but Becker’s defense had mixed feelings about the result, saying the ruling left the door open for the state to make similar prosecutions in the future. The prosecution, on the other hand, announced that it is examining options to keep the case moving forward.

Becker named the child Zachariah Joseph Campos. She delivered him in a stillbirth at Kings County’s Adventist Health Hanford on September 10, 2019, according to The Los Angeles Times. Staffers thought she might have been using drugs during her pregnancy. They called the local coroner’s office. Cops arrested Becker the following Nov. 6, and she was charged with murder. Kings County District Attorney Keith Fagundes said that the autopsy stated the boy died from toxic levels of meth.

But Becker’s lawyers said that there was no scientific evidence to show that drug use caused stillbirths. The National Advocates for Pregnant Women represented her, with attorney Dan Arshack telling the Los Angeles Times that his client gave birth three times before amid an addiction struggle, with no major injury to the baby. In other words, there is no evidence she would have thought that using meth during a pregnancy could result in a stillbirth. The pathologist never reviewed her medical record, which described three infections that could have resulted in the stillbirth, he said. The defense maintained that there was no evidence drug use caused stillbirths, and such murder charges would discourage woman from getting prenatal care.

Ultimately, Kings County Superior Court Judge Robert S. Burns ruled that prosecutors failed to show Becker acted with implied malice, in which case she would have understood but dismissed the risk to her unborn child.

The logic of this ruling isn’t enough for Arshack.

“I’m elated that for Chelsea this case is over,” he said. “Sadly, however, the possibility of other women in California being charged with murder associated with having a stillbirth is still a distinct possibility and perhaps in Kings County even a likelihood.”

Lynn M. Paltrow telling The New York Times that the prosecution was about hindering abortion rights, and “policing pregnancy” and the pregnancy outcome in general.

Then-California Attorney General Xavier Becerra, who now serves in the Biden administration as Secretary of Health and Human Services, filed a pro-defense appellate court amicus brief in 2020 saying a lower court interpretation of the murder statute threatened to “subject all women who suffer a pregnancy loss to the threat of criminal investigation and possible prosecution for murder.”

“Whether a stillbirth or a miscarriage was due to drug use or some other reason, there is nothing in the statute that would constrain a district attorney’s ability to investigate the most intimate aspects of the circumstances of a woman’s pregnancy and to bring murder charges against that woman who suffered a pregnancy loss,” he wrote.

The dismissal of the murder charge against Chelsea Becker is a victory.

CADOJ has and continues to stand in support of Ms. Becker.

Our stance is clear: CA law was not intended to prosecute women who suffer pregnancy loss, but to go after those who hurt pregnant women. https://t.co/FCqmyWz4GW

Philip Esbenshade, executive assistant district attorney with the Kings County District Attorney’s Office, told the Los Angeles Times that the office is thinking about its options. His statement showed no signs that the prosecution would change its approach to the murder statute.

“It is the opinion of our office that sufficient evidence was presented at the preliminary hearing to hold Ms. Becker to answer for trial,” he wrote. “The judge who presided over that preliminary examination, upon hearing that evidence and considering arguments from both sides, did find such sufficient evidence existed. Judge Burns, the judge who dismissed the case this morning, apparently disagrees with that finding.”