Judge: Arizona Can Execute Man Who Raped and Murdered 21-Year-Old Woman Just Two Days After Acquittal by ‘Reason of Insanity’ in a Different Assault Case Overseen by Sandra Day O’Connor 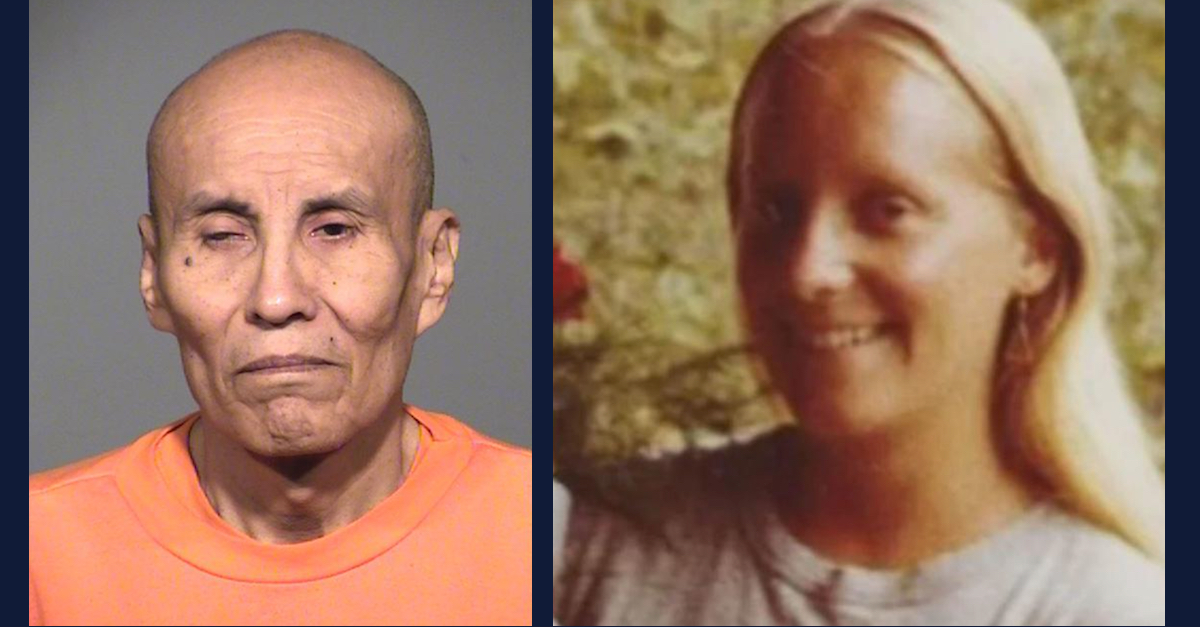 In an 11th hour ruling, an Arizona judge has determined that a death row inmate is mentally well enough to be killed by the state.

Pinal County Superior Court Judge Robert Olson penned the ruling just before midnight on Tuesday evening. The document rejects defense counsel’s arguments that the convicted murderer is confused about the crime for which the state wants him dead.

Attorneys argued that Dixon thinks he’s being executed for a 1985 rape and an ensuing investigation by police that was “in some way, initiated without lawful authority,” the ruling explains.

Olson, the judge, did concede that Dixon is a diagnosed paranoid schizophrenic, but he wrote that his lawyers failed “to show that his mental state is so distorted by a mental illness that he lacks a rational understanding of the state’s rationale for his execution.”

Dixon was already in prison for sexual assault when he was charged with murdering Bowdoin, 21, in 1978.

In early 1978, Dixon was found “not guilty by reason of insanity” in an assault case overseen by then-Maricopa County Superior Court judge Sandra Day O’Connor, who would later serve as the first woman on the U.S. Supreme Court. Two days after Dixon was acquitted in that case, he brutally raped, stabbed, strangled, and killed Bowdoin, then a student at Arizona State University.

The young woman was found lying on her bed in her apartment in Tempe by her boyfriend in the early morning hours of Jan. 7, 1978. The night before, she had dinner with her parents and then went to go meet a friend at a bar just after midnight.

Bowdoin’s murder went unsolved despite the presence of the murder weapon, a belt, and DNA from her attacker’s semen.

In 1985, Dixon was arrested by police in Flagstaff, Arizona, for the rape of another 21-year-old woman at Northern Arizona University. He was convicted and sentenced to life in prison over that crime.

Bowdoin’s case was reignited in 2001, when a cold case detective ran the DNA profile from her case against a national database and eventually came back with a match: Dixon, still serving time for the 1985 rape of the Northern Arizona student.

Dixon was initially charged with Bowdoin’s rape and murder, but the rape charge was eventually dropped due to the statute of limitations. The murder case continued, however, and the victim from the 1985 sexual assault testified against Dixon at trial.

On Jan. 24, 2008, Dixon was convicted of killing Bowdoin and sentenced to death.

Since then, his attorneys have tried various efforts to save their client from capital punishment, to no avail. A 2011 Arizona Supreme Court opinion had previously affirmed his ultimate conviction and death sentence.

“Dixon had lived across the street from Deana at the time of the murder,” 2011 opinion in Dixon’s case noted. “None of Deana’s friends or family knew of previous contact between her and Dixon.”

For years, Dixon was granted a reprieve due to the Grand Canyon State’s botched execution of Joseph Wood in 2014 that took nearly two hours after the fatal drug cocktail was administered. After that, all executions were halted and the state tried to remedy the situation by finding new drugs. Those efforts, complicated by drug expiration dates and procedural issues, continued for several years.

Rejecting the competency argument, Olson wrote that it “is an elegant theory that could make all of his legal problems go away; on the other hand, the chance of success with this argument was highly improbable (if not non-existent), yet the Defendant remains unbending in his commitment to this argument, whether due to hubris, poor judgment, a longshot strategy for lack of a better argument, or a delusion, as Defendant claims.”

Dixon’s attorneys will now appeal the decision to the state supreme court, arguing that his execution would violate the Eighth Amendment’s prohibition against cruel and unusual punishment.