‘It Was SpongeBob Who Was Saying These Things’: Michigan Mom Allegedly Killed Daughter on Orders from Hallucinated Cartoon Character 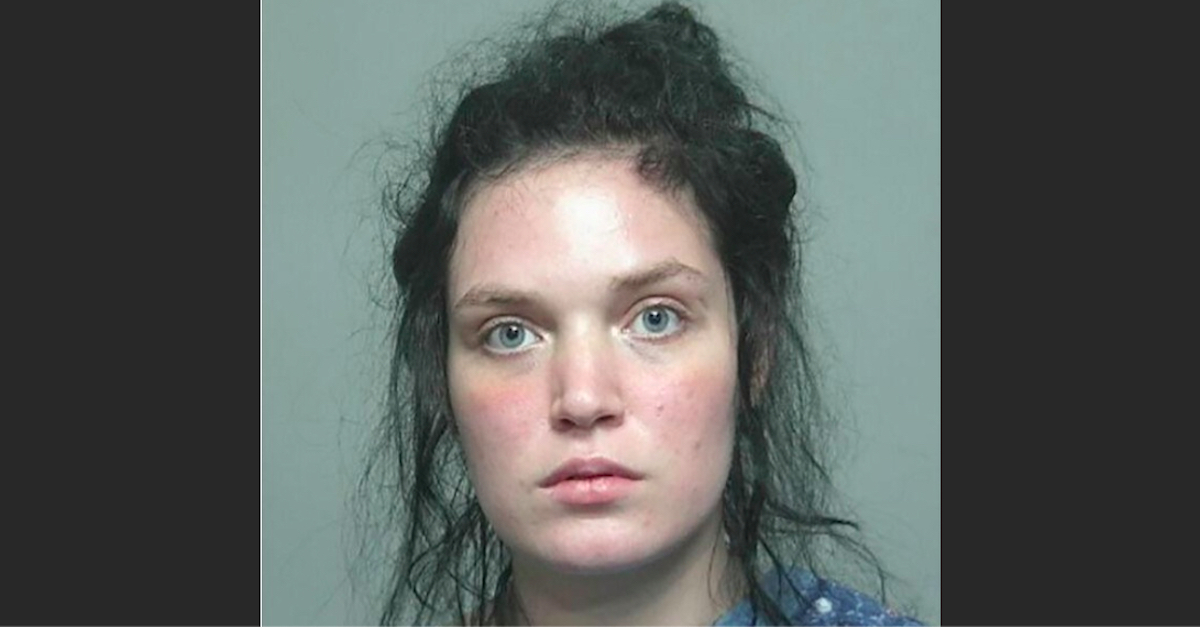 A 22-year-old mother in Michigan charged with murdering her 3-year-old daughter reportedly told authorities that she was watching SpongeBob on television when the beloved cartoon character ordered her to kill her daughter or face death herself. Justine Johnson, who allegedly stabbed her daughter Sutton Mosser several times before discarding the child’s lifeless body in a black trash bag, told authorities she hallucinated the character after several sleepless weeks and during a period of heroin withdrawal, the website MLive recently reported.

According to the report, Child Protective Services (CPS) Investigator Ryan Eberline testified during a Friday preliminary hearing before Iosco County District Judge Christopher P. Martin.  The subject was the investigator’s Oct. 1, 2021 interview with Johnson. Johnson allegedly told Eberline that she was at her mother’s house on Sept. 16 in Oscoda Township, where she and her daughter were living at the time, when she went outside and fell asleep in a nearby graveyard. When she woke up, she reportedly told Eberline that she returned home and tried to kill herself before killing her daughter in accordance with the allegedly hallucinated SpongeBob’s orders.

“She told me that she didn’t remember the specifics of what happened at the time of what happened to Sutton, that she was experiencing hallucinations due to heroin withdrawal and not sleeping for approximately two weeks,” Eberline reportedly said in court. “She was getting hallucinations from the TV that had instructed her to take her daughter’s life or they would kill her.”

Johnson reportedly cried throughout Eberline’s testimony and the most of Friday’s hearing.

“It was SpongeBob who was saying these things on the TV,” Eberline reportedly testified as to the defendant’s allegations. “If she didn’t do what she did to her daughter they would kill her. She said she was afraid for her life and she had lost her mind.”

As previously reported by Law&Crime, one of Johnson’s brothers, Knesley Johnson, called the Oscoda Township Police Department early on Friday, Sept. 17, 2021 to report having seen a small human foot sticking out of a trash bag inside the residence on Cedar Lake Road. Officers responded to the home and discovered the body of 3-year-old Sutton inside of the black garbage bag. Prosecutors say the child had “suffered multiple stab wounds to her torso,” and those wounds were later determined to be the cause of death.

Knesley on Friday reportedly testified that when he left for work at approximately 2:30 p.m. on Sept. 16, 2021, both his sister and his niece seemed normal. But when he returned at approximately 3:30 a.m. and asked his 17-year-old brother where the girls were, the younger brother went to the back of the home and saw Sutton’s body in the trash.

The 17-year-old brother reportedly testified that the defendant snapped at him when he asked Sutton’s whereabouts.

“Mind your own fucking business,” she allegedly said.

The brother also reportedly spoke about the moment he realized Sutton’s body was in the trash.

“There was like a foot sticking out of the bag,” he is said to have testified. “I ran up and told Knesley, ‘There’s a foot in a bag.’ He didn’t believe me. He thought I was joking.”

A forensic scientist reportedly testified that investigators found bloodstains on multiple couches, on several items found in the bedroom, and on a closet door. Three knives were also found in the bathroom, per the report. Sutton sustained stab wounds to her neck, chest, and stomach. Per the medical examiner, the latter wound was the largest and left the baby’s small intestine exposed.

Judge Martin reportedly ordered Johnson to remain behind bars without bond. She is scheduled to appear for a pretrial hearing on Feb. 28.