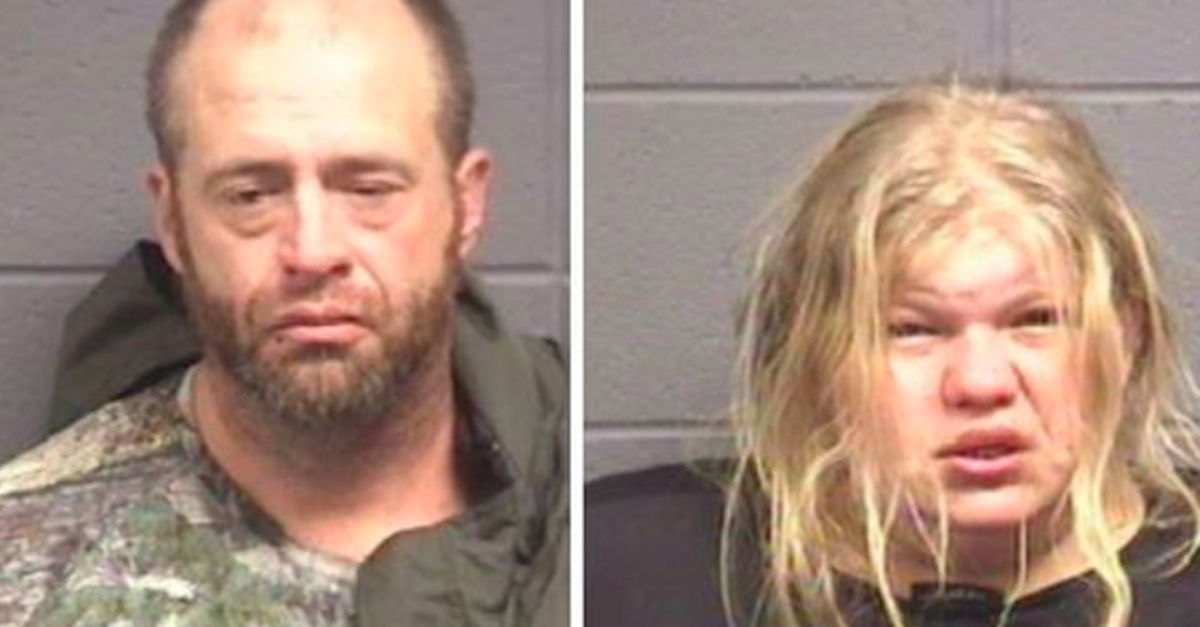 A 26-year-old mother and a 40-year-old father were arrested after authorities say they viciously abused their 9-month-old son to death in a recreational vehicle parked outside of a beaver-themed convenience store in Georgia. Christopher S. Palmer and Shelly D. Rooks were both taken into custody and charged with multiple felonies, including murder, the Warner Robins Police Department said on Friday.

According to a press release from Chief of Police John Wagner, police officers, Warner Robins Fire firefighters, and Peach County Emergency Medical Services personnel on Jan. 30 at approximately 9:53 a.m. responded to a 911 call about an unresponsive child outside of a Buc-ee’s convenience store located in the 7000 block of Russell Parkway. Upon arriving at the scene, first responders found a 9-month-old male infant who was not breathing. Per the police chief, the child’s parents, later identified as Palmer and Rooks, told the responding authorities that they were washing the little boy inside of the parked RV when they accidentally dropped him.

Paramedics performed life-saving procedures and attempted to resuscitate the child before transporting him to Atrium Health Navicent, a hospital in nearby Macon. Due to the severity of the infant’s condition, doctors ordered the boy placed on life support and airlifted to Children’s Healthcare of Atlanta for specialized pediatric care.

The medical team that treated the infant, whose name was not released, informed investigators that the child presented injuries, past and present, in various stages of healing that were indicative of protracted physical abuse.

Police then took Palmer and Rooks into custody and charged them both with one count each of cruelty to children. They were booked into the Peach County Detention Center. The couple’s two other young children were removed from their home and placed in the custody of the Georgia Department of Family and Children Services in Peach County.

The child clung to life for nearly a week, but on Feb. 4, at approximately 4:45 a.m., officials from Children’s Healthcare notified the Warner Robins Police Department that the 9-month-old baby had been pronounced dead.

Following news of the infant’s death, authorities upgraded the charges against Palmer and Rooks.

Chief Wagner reportedly told the Macon Telegraph that it appeared Palmer and Rooks were just passing through Middle Georgia with their children at the time of the incident and did not have an ultimate destination in mind.

“I think they’re pretty nomadic. I think they just drive,” he reportedly told the newspaper. “It is terribly sad.”