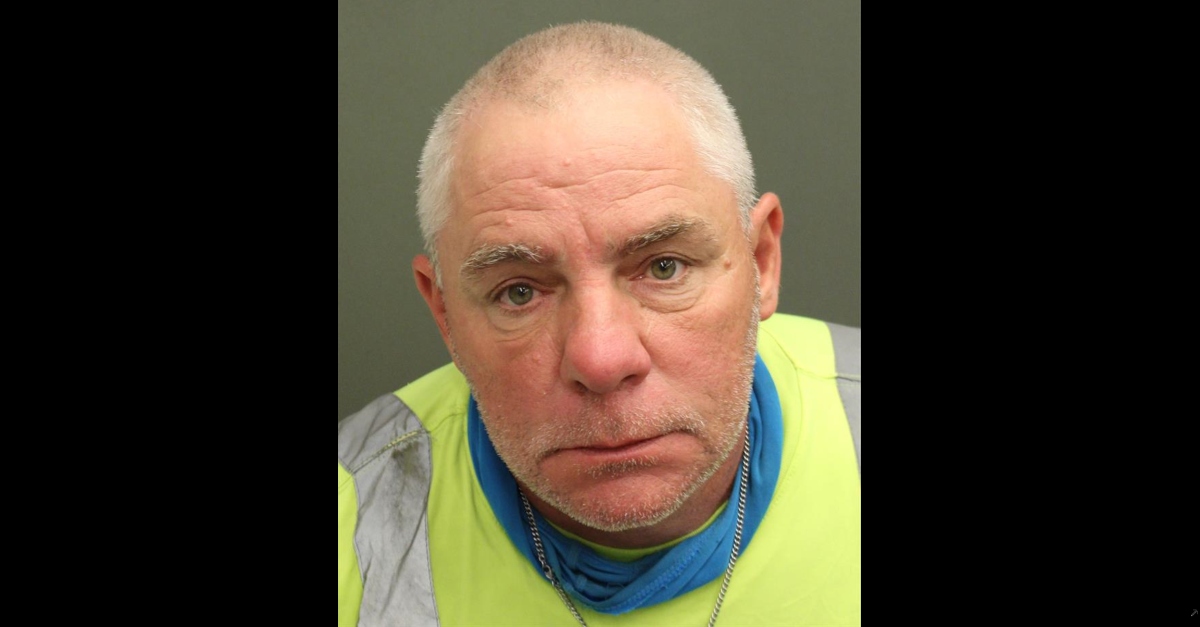 Deputies in Florida say the crime scene evidence from 25 years ago has come back to bite a murderer.

Kenneth Robert Stough Jr., 54, allegedly injured himself while brutally stabbing convenience store worker Terence Paquette, age 31, 73 times and leaving him dead in the men’s bathroom during a 1996 robbery in Orlando. Investigators said they had the evidence back then, but after all this time, the big development came thanks to advances in genetic genealogy. Deputies said they finally confirmed Stough was the killer after picking up empty beer cans he threw away in a public dumpster. An analyst managed to develop a profile from one of these, which matched the blood the suspect left at the scene, authorities said.

From the affidavit for the arrest warrant dated Tuesday:

Next, I opened the black lid on the public dumpster and observed the same gray plastic bag that I observed Kenneth Stough Jr. throw away. I
further observed the bag contained what appeared to be several Budweiser 16 oz. beer cans.

The case stymied investigators for more than two decades. They had little to go on after the Feb. 3, 1996 crime, having no idea who might have brutally stabbed Paquette 73 times that early Feb. 3, 1996. Deputies found the victim’s body after a man reported driving by the Lil’ Champ convenience store at 6:55 a.m. and finding the lights off.

“This struck him as odd, as he routinely passed by the convenience store at that time and they were typically open,” he said.

Paquette was supposed to open the store by six that morning, officials said. Furthermore, two men from an armored car company were there to pick up a cash deposit from the business but the door was locked. Deputies got keys to the business after one of Paquette’s co-workers, who closed shop the night before, drove by, saw authorities, and let them inside with his keys.

Investigators found Paquette dead in the men’s restroom. Whoever killed him left a bloody scene. The affidavit explains why investigators believed the killer injured himself:

This theory was based on the fact that blood other than [Terence] Paquette was located throughout the Lil’ Champ convenience store. Specifically on the freezer door, the freezer flap, the lottery machine behind the counter, the key cylinder on the entry/exit door, and the push bar on the door. The blood pattern showed movement in the scene by the suspect; from the bathroom, to the beverage freezer, to behind the counter where money was taken, and finally on the entry/exit door where the suspect more than likely escaped the scene.

The killer stole Paquette’s keys and locked up the business after stealing approximately $1,000 from the safe under the cash register, deputies said.

They had all the evidence they needed but what they did not have were the tools to make use of it. A detective closed the case on Sept. 29, 1997 “pending further investigators leads,” and another re-opened it on July 22, 2003, re-interviewing witnesses and taking buccal swabs to compare to the suspect’s blood. There were no matches.

There were also no matches when an analyst put the unknown DNA profile from the freezer door handle into the Combined DNA Index Database (CODIS) on March 17, 2003.

Finally, in March 2021, The Florida Department of Law Enforcement got an outside forensic laboratory to analyze a sample for testing, authorities said. That bloodstain from the beverage freezer handle showed a link to Stough’s parents, authorities said.

Stough, authorities said, was 28 at the time of the Paquette murder and actually lived across the street from him.

Investigators said they obtained the beer cans after getting an order allowing GPS surveillance of Stough. Documents say that the GPS device was placed on Stough’s vehicle on Aug. 27 outside of his building supply business.

Stough is charged with first-degree murder with a firearm, and robbery with a deadly weapon.

The public defender’s office that represents Stough declined to comment to Law&Crime.

If the beer can detail sounds oddly familiar, that might be because you read about the case against Mark Steven Gribbin, 58. Gribbin was accused of stabbing Leo Beauregard, 67, to death in a Palm Beach condominium. Officials believe he drank from a beer can immediately after the murder, leaving it on a table. Records show he has pleaded not guilty in this first-degree murder case.

Note: The affidavit for the arrest warrant has Paquette’s first name as “Terrence” with two Rs, but the sheriff’s office tells Law&Crime that it is actually “Terence” with one R.