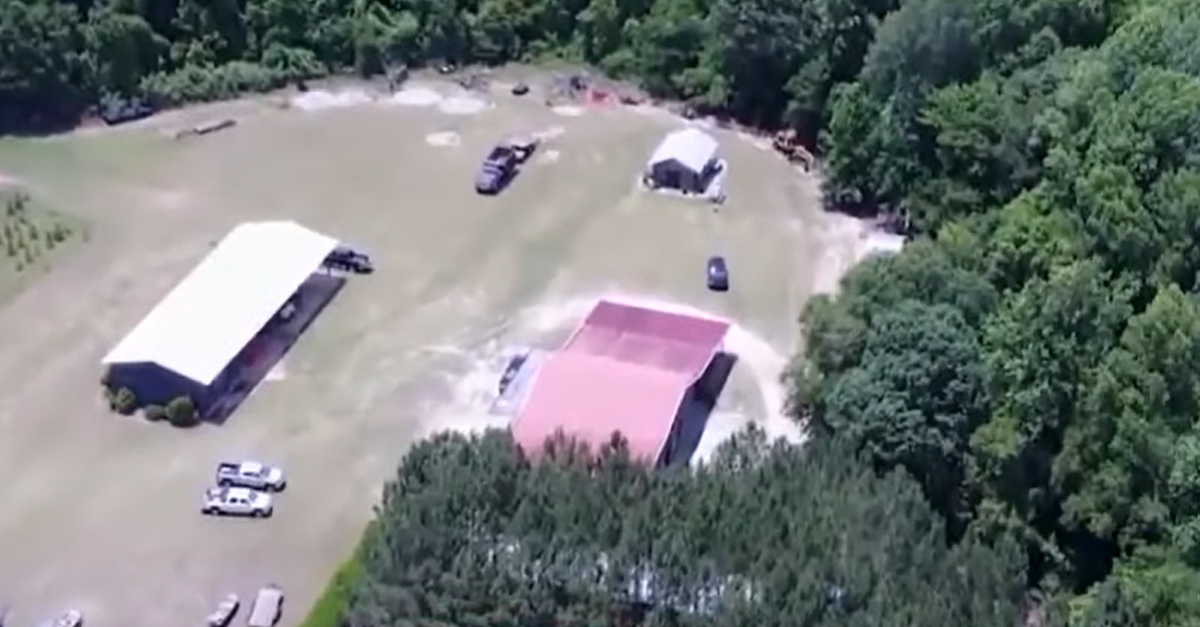 The sprawling cases involving a prominent South Carolina legal family just became more complicated. The South Carolina Law Enforcement Division announced finding “other potential crimes” when investigating the deaths of Margaret “Maggie” Murdaugh, 52, and criminally embattled son Paul Murdaugh, 22, at their family’s Colleton County property this past summer. SLED chief said he has been in contact with the FBI and federal prosecutors over the matters.

This happens as Margaret’s husband Richard Alexander “Alex” Murdaugh, 53, is charged with allegedly asking a former client to fatally shoot him so that his surviving son could collect a $10 million life insurance policy. As if things were not already fraught, SLED also announced opening an investigation into family housekeeper Gloria Satterfield‘s 2018 “natural” death and how her estate was handled.

“As a result of the brutal murders of Maggie and Paul Murdaugh on June 7, SLED’s initial priority was finding anyone responsible for their deaths,” wrote SLED Public Information Officer Tommy Crosby in a statement obtained by Law&Crime. “During the course of the double murder investigation, SLED agents have uncovered other potential crimes that warrant further investigation.”

“SLED agents continue to work diligently to bring justice to all victims in these cases. As I have previously stated, our agents remain committed to following the facts no matter where they lead us,” stated SLED Chief Mark Keel. “I have been in contact with the Federal Bureau of Investigation as well as the United States Attorney’s Office for the District of South Carolina. From very early on in this investigation SLED has utilized federal resources as needed. We will continue to call upon our federal partners as their assistance is needed to successfully investigate and prosecute specific aspects of these cases.”

No one detailed what these “potential other crimes” would be. Both the FBI and the U.S. Attorney’s Office declined to confirm or deny any investigation into the other possible crimes.

“The FBI assisted local and state law enforcement partners during the initial murder investigation of Maggie and Paul Murdaugh,” FBI Public Affairs Specialist Kevin M. Wheeler wrote in an email to Law&Crime. “It is not uncommon for the FBI to assist local law enforcement if we have the resources, tactics, or techniques to aid their investigations. We cannot provide any comments that would confirm or deny the existence of a federal investigation of subsequent matters.”

The statement tracks the usual FBI policy of neither confirming nor denying an investigation into any matter.

Margaret and Paul Murdaugh were shot and killed on family property in Colleton County, South Carolina. They were found dead on June 7. Alex Murdaugh appeared distraught in the 911 audio. The double murders caught national attention in part because Paul Murdaugh was facing criminal charges for allegedly crashing a family-owned boat on Feb. 24, 2019, injuring several passengers and killing Mallory Beach, 19. This situation was fraught because Murdaugh men have had deep ties to the local prosecutor’s office for generations, with Alex Murdaugh’s father, grandfather, and great-grandfather all serving as solicitors of the 14th circuit. All told, a Murdaugh family member held the position for 87 consecutive years. Paul’s father Alex Murdaugh was himself a part-time prosecutor.

In a lawsuit, boating crash survivor Connor Cook claimed that Alex Murdaugh attempted to stage a coverup to hide that a drunken Paul Murdaugh was driving the boat.

To be sure, there was well-documented ill will toward the prominent family, but authorities said that when Alex Murdaugh received a “superficial gunshot wound” to the head earlier this month, it was former client Curtis Edward Smith, 61, who pulled the trigger at Murdaugh’s behest. The Supreme Court of Carolina suspended Murdaugh’s law license after he resigned from his law firm. He was accused of misappropriating funds at work by that firm.